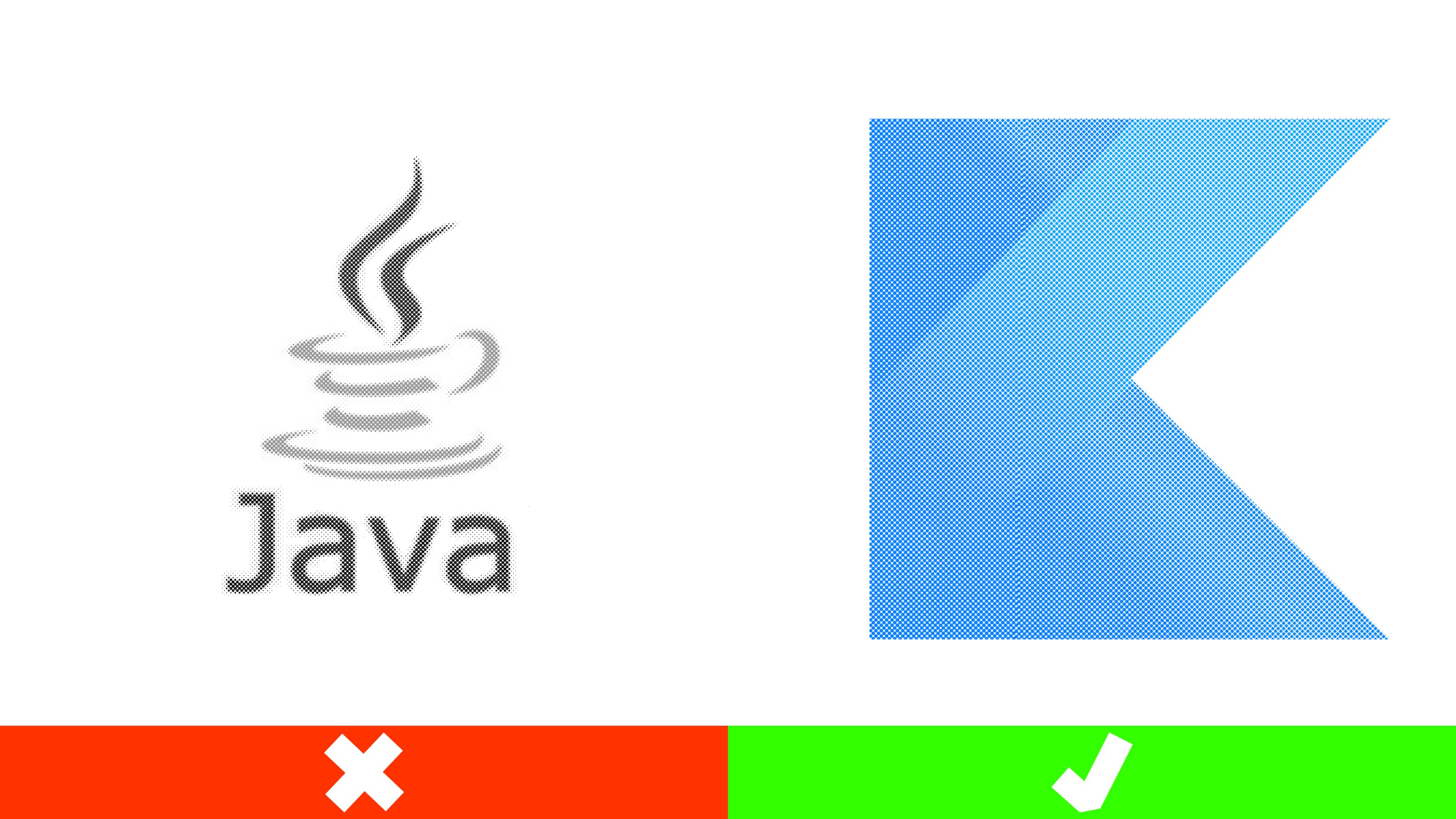 Java left the door wide open for a cleaner, better option–and it has arrived. Dev teams worldwide are already experiencing efficiencies from making the switch from Java to Kotlin. And, as a result, countless businesses investing in digital solutions will benefit from faster, higher quality code delivery.

It didn’t take long for Kotlin to reach “Google Preferred” status in 2019, and the reasons why are as clear, user-friendly, and productive as the code.

The number one error when writing Java code? Null pointer exceptions. One developer writes a Java function that expects that a value always exists. Another developer writes a Java function that sometimes provides the value, but sometimes sends back null. Those two functions get together, and BAM! the app crashes when you run it.

Kotlin’s null safety features require developers to explicitly declare when they’re using the value-that-shall-not-be-named, and that helps developers write more compatible (and durable) code. After all, nobody likes a runtime crash.

Java is famously verbose. Kotlin provides a much more succinct syntax, making it not only faster to write but also much easier to read. Plus, you end up with a much smaller code base with a lot less repetitive, boilerplate code.

Descriptive, recognizable function names are at a premium in a codebase. There are a lot of situations that need a simple variant of an existing function that takes slightly different parameters. Java handles this with overloads, functions using the same name but with different argument lists. But overloads require you to track the order and types of those arguments, and make sure they’re unique for each overload.

Trying to make a function that takes either a weight or a percentage?

Good luck! Java has abandoned you.

You can also use named arguments and default values to label arguments that you’re passing into the function, as well as when you requiring or omitting parameters.

As Martha Stewart would say: Kotlin. It’s a good thing.

There are mountains and mountains of code written in Java. Decades of code. Take all of the Android code, and then add another billion lines of code, and then maybe you’ll have counted a fraction of it. Compatibility with all of that Java code is critical for the Android ecosystem to keep on ticking, and for Android developers to even consider adopting a new language.

Kotlin and Java play so nicely together that you can seamlessly mix-and-match them into the same codebase. This instills the kind of confidence that developers need to start exploring Kotlin. There’s nothing quite like a nice, gradual on-ramp for the community to start migrating their code from Java to Kotlin.

Java and Objective-C are worlds apart. That chasm led most early mobile engineers to pick a platform and put down roots – often to Android’s detriment. With this adoption gap in mind, it’s no accident that Kotlin is a language that Swift developers are going to have no trouble picking up.

Familiarity is always a major boost for engineers when it comes to understanding and critiquing one another’s code. And, more importantly, Kotlin lends itself to quick, more universal adoption by the new coding generation.

Make no mistake: The real prize here is that a recognizable language incentivizes newbies to adopt Android, and encourages iOS loyalists to venture into the Android ecosystem for the first time.

Dan Nichols worked at Mutual Mobile as a Technical Director.