Augmented Reality Agencies are the Future of Advertising 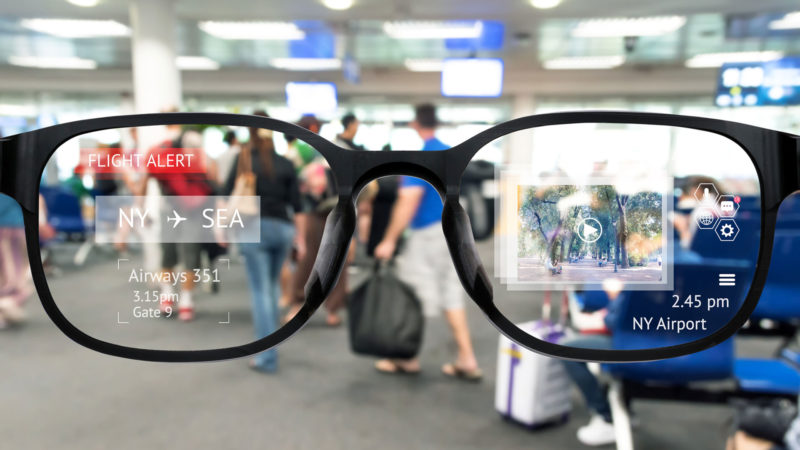 The advertising industry is beginning to imagine countless companies competing to be the augmented reality agencies through which a consumer sees the world.

Traditional advertising has taken a hit in recent years, especially since consumer attention has switched to various online and streaming forms. However, the pool of potential customers is still out there, larger than ever: According to the media analysts at Nielsen, the average viewer now consumes over 10 hours of media per day, out of a total of about 17 waking hours. Taking advantage of these evolving habits requires that advertisers adopt a fresh approach, and augmented reality agencies (AR) promises to be a big part of that approach. Brands that are paying attention will provide augmented experiences that expand their relationship with users and create a personal connection via advertising.

Advertising Will Participate in a Trillion-Dollar AR Market

Credit Suisse is highly optimistic about the overall outlook for augmented and virtual reality. They project that the software and hardware powering these technologies will eventually create a market larger than the current $600 to $700 billion smartphone market. Kathleen Boyle, a managing editor of Citi’s Global Perspectives & Solutions, concurs: “Forecasting out to 2035, we believe AR could grab about 25 percent of the m-commerce market, which would equate to almost $1.3 trillion.” More modest (but still optimistic) projections come from Goldman Sachs, which predicts a $182 billion market for AR and VR technologies by 2025. While many AR and VR applications are currently directed toward gaming, Credit Suisse sees this as a form of advertising (or gateway use) for eventual commercial and manufacturing applications.

AR superimposes digital information on the actual world as viewed through the camera lens of a mobile device. While some AR applications add an overlay to the real world (such as stargazing apps that add the names and shapes of constellations when a viewer points their phone up to the sky), the ability of AR to simplify the real world is actually more relevant to advertising.

Today’s consumer can be overwhelmed with product information bombarding them from all directions, especially because they stay connected via their smartphone almost every waking moment of their lives. The real trick, therefore, for advertisers and marketers is to filter out distractions and catch the user’s attention with one specific product among many. Inexpensive AR glasses can achieve this goal through uncluttering the environment. A consumer can use smart glasses to walk down the aisles of a real-life store and see only the types of products they’re actually interested in, or the brands with which they have a prior relationship. Everything else around them will fade into the background, no matter how brightly colored the packaging might be. This simplifying function is actually a profound innovation in the way digital devices can affect people’s interaction with the real world.

Google Lens now plans to offer glasses that can recognize what it is that they’re looking at. This takes a different approach to augmented reality. Users may be able to see special offers and other information relating to whatever it is they’re looking at so that reality will have more depth than just the visible surface. Increasingly, people will come to expect the ability to see below the surface, and advertisers can take advantage of this growing appetite. Furthermore, the nature of the offers an individual consumer may receive when looking at a product will be shaped by their history with that brand, which the connected device will be able to access and analyze.

Apple Opens the Door to AR

The intelligent connections mentioned above are made possible by software like Apple’s ARKit, launched in June 2017. This kit has given rise to considerable excitement among developers because it will make every phone running the iOS 11 operating system capable of providing an augmented reality experience. If only half of all active iPhones download this operating system, it means that half a billion devices worldwide will suddenly be fully AR-capable. Google responded the following month by releasing an upgrade of its AR software ARCore, which no longer requires any specialized hardware on Android phones. TechCrunch notes that the range of uses for this new consumer capability goes well beyond gaming and entertainment, with Ikea’s 3D AR catalog at the forefront.

Each Shopper Will Experience a Different Store

This migration of AR into consumer’s pockets has far-reaching ramifications for advertisers as well; ARKit lets app developers leverage machine learning and artificial intelligence to connect the item being looked at in a store and the buying history of the shopper who is doing the looking. On the strength of this integrated knowledge, advertisers can make unique offers tailored to individuals. In other words, AR will allow a physical store to look and react differently to each shopper, and each individual will, in essence, be shopping in a tailored personal environment.

AR advertising can also take advantage of the fact that shopping for large home-related items has, until recently, been difficult. For instance, an appliance or piece of furniture might look small in a large store, but once the consumer brings it home they may realize that it’s too big for their home. Augmented reality apps remove this barrier of location, and allow users to “see” the item as it will look in their home, complete with accurate color, texture, and rotation. Similarly, a user shopping for cosmetics may be able to “try on” various shades of lipstick or eye makeup with an AR app that superimposes the exact item on a live video “selfie” of the shopper.

The Larger World Can Become a Treasure Trove of Information

As people become more accustomed to accessing layers of information about what they are seeing, they will be able to request deeper purchasing and descriptive details about many items in the real world. Someone interested in buying a vehicle from a certain manufacturer, for example, could wear glasses that would give them information about every vehicle of that brand that they happen to pass.

Establishing Relationships Between Brand and Consumer

There is a caveat to this potential flood of visual input, however: Nobody wants to see endless layers of information about every single object they pass in the real world. A necessary function of such powerful advertising potential is that customers would need to be able to choose which brands they want to interact with. Advertising delivery platforms will become responsible for this act of curation, managing the AR overlays that each consumer receives via their smart glasses or other viewing devices. The competition to participate in this virtual marketing curation space is fierce, with revenues that could conceivably reach the trillions of dollars.

A New Kind of Advertising Finesse Is Called For

The advertising industry is beginning to imagine countless companies–thousands of them–all competing to be the filter or AR curator through which a consumer sees the world. In the new augmented environment, brands will strive to be the ones that customers trust to filter their surroundings for them. Eyewear is already popular–sunglasses alone are expected to reach a market value of $140 billion by 2020–and increasingly that eyewear is going to include some AR functionality as a normal feature.

The Age of AR is Already Here

A 2016 survey by Deloitte found that 88 percent of midmarket companies involved with emerging technology has already begun to use virtual or augmented reality in their business. Kathleen Boyle states, “VR/AR is now firmly on the radar as an investment theme and is expanding as an industry, and we believe it will be used in a wide range of applications and in a number of different industries going forward.” As the new reality stream becomes wider and deeper, marketers and advertisers will be the ones to guide consumers to navigate its currents into a new connected future.

Jason Curry worked at Mutual Mobile as the Senior Director of Marketing.