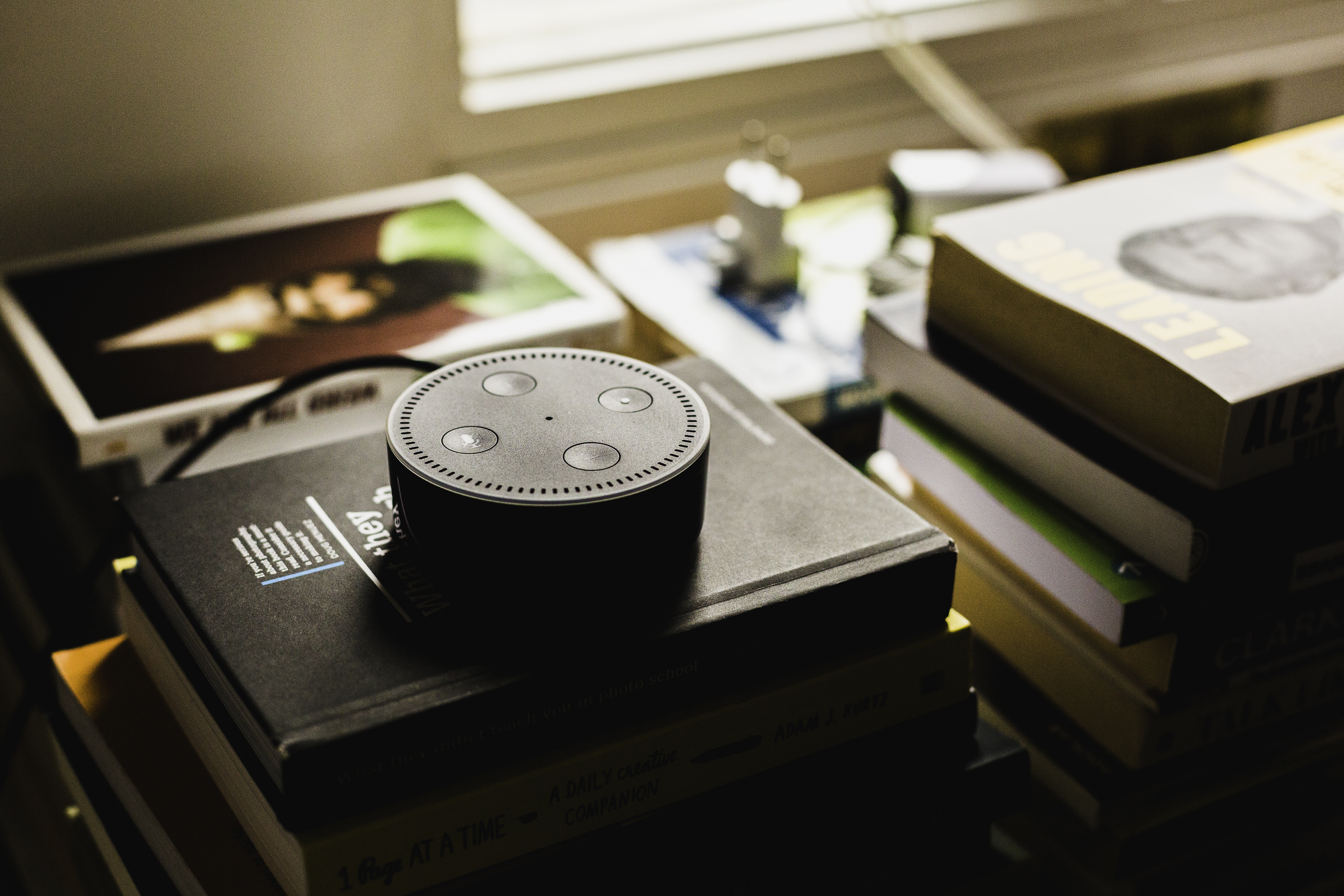 As numerous companies launch the early versions of smart speakers, a new marketing landscape is laid out for organizations across every industry.

The way people interact with digital devices is migrating from screens to voice. This evolution is generating a new wave of excitement, and opening up fresh opportunities for businesses. 2018 is now frequently called “the year of the smart speaker”, and the Consumer Technology Association expects sales to reach $36 million in 2018.

Canalys estimates that 56.3 million smart speakers will ship in 2018, and the company’s research analyst Lucio Chen underlines their dominance: “Smart speaker uptake has grown faster than any other consumer technology we’ve recently encountered”. It’s particularly noteworthy that Chen believes smart speakers “will move beyond hardware” in 2018. This move refers to the monetizing opportunities for businesses, which include advertising, subscriptions, enterprise solutions and more.

While the new crop of smart speakers doesn’t (yet) replace home hubs, they all plan to play nice with these devices. Standalone hubs are giving way to home systems that integrate with Alexa or Google Assistant or Siri. In this way, voice-activated control of home devices becomes possible. The smart speaker device that users interact with can be placed in a central location, while the ugly hub itself can quietly reside in a utility closet.

Using a general assistant like Alexa is a smart short-term play for some products. It’s the quickest way to reach a broad audience as well as to identify specific new customer segments. Alexa’s new Audience Overlap Tool offers an easy way to build a buyer persona template. Its analytics also allow businesses to research what sites their customers use, as well as to learn more about their competitors.

The new glamor of voice interfaces doesn’t take away the value of visual experiences. The Amazon Echo Show includes a screen, thus enabling companies to reach out to consumers with multimedia content. Purina has put these channels effectively to use with their popular “Ask Purina” skill for Alexa. When users give a voice command requesting information on dog breeds, Alexa responds with spoken information and corresponding images on the Echo Show.

Certain markets demand a custom voice experience. Toys are an obvious example of such a market, but healthcare or even consumable goods can also benefit from such customization. Such tailoring of the channel is an important way of maintaining consistent brand representation.

One relevant method of customization includes restricting a domain to specific topics. Both Amazon Alexa and the Google Assistant offer plenty of guidance for developers so that companies can create unique skills and actions. Alexa for Business is a flexible tool that’s now poised to increase internal productivity. This emerging technology will move many tasks from the keyboard to a natural conversation.

Any company that connects with its customers via a smart speaker will have to provide ample reassurance regarding its security protocols. The fear that the speaker is “always listening” must be directly addressed, with an explanation of how personally identifiable information (“PII”) is handled. A set of standards and certification have emerged to address these privacy concerns systematically. These are entitled “Privacy by Design”, and they have migrated to the U.S. from their beginnings in Canada.

Voice-only interfaces like Echo Dot and Google Home also have limitations, however, Amazon’s Alexa Skills Marketing Guidelines will help to navigate them. To help, these tips will give companies the correct vocabulary for describing their Alexa interface (for example: “When you discuss customers setting up Alexa skills, instruct them to “enable” (not download) the skill”). More in-depth guidelines from Amazon are also available for third-party developers of new Alexa skills. These guidelines spell out such rules as the fact that most voice apps, or “skills”, do not allow the placement of any advertising.

Voice systems are still relatively new on the landscape, and many people aren’t yet aware of their full suite of functions. In particular, it’s easy to overlook the visual component of these systems. Right now, many companies are working overtime to develop smart speakers with screens. These “smart displays” may sound like just another tablet, but there is a key difference: The devices are built on a voice-first operating system. Business Insider reported in January 2018 that “[S]mart displays are gaining traction among some of the biggest tech players in the smart speaker market”. Most companies have yet to fully explore the potential of these devices, but early uses will undoubtedly include recipe apps for the kitchen and navigation systems in cars.

Below is a quick overview of what’s here and what’s on its way:

The evolving platforms for smart speakers have better integration of key features. These features include upgraded abilities in Speech to Text, Text to Speech, and Natural Language Processing. A deeper understanding of natural language will allow these smart assistants to handle multiple complex intents. Their higher intelligence will also allow for better location awareness and greater contextual power. Even now, the list of Alexa’s skills is making the news, as people react with astonishment at the list of what’s possible.

Conversation with digital assistants has evolved from chatbots into voice systems that are now able to provide custom digital experiences. Voice recognition enables every user to engage on a personal channel, focused on their own specific track record of expressed interests. In this way, the potential distraction of tens of thousands of skills is eliminated.

Additionally, some smart speakers are built for specific functions that may include some general assistant capabilities, but these are purely incidental. The lack of a screen limits them to the card-style responses that are already familiar to iOS and macOS users. Third-party extensions are also limited.

While Amazon’s Echo won the race to get a smart speaker on the market, Apple is moving forward in its typical deliberate way. The HomePod is primarily designed for one central purpose: to play music. TechRadar’s review of HomePod was limited to hearing the audio since reviewers haven’t yet been able to get their hands on it. The HomePod uses its intelligence to figure out which nearby surfaces it should bounce its sound waves from, to achieve the best possible sound quality. Its sound quality is better than other smart speakers, and its price tag reflects this high-quality level.

HomePod limits itself to music

While Apple calls its HomePod an “intelligent home assistant”, its approach to the concept of home assistants is different from that of many other companies. The HomePod will be a portal through which users can have natural voice conversations with Siri, and access iOS apps on their smartphones. Apps will be able to communicate with Siri even when they are not running so that the HomePod and Siri work together to handle all user requests. These extensions will only register with specific domains, thereby keeping the user’s experience focused and customized.

Spotify currently works on nearly every device that can produce sound, including TVs, wearables, cars, watches, gaming platforms, music streamers and standalone speakers. Nonetheless, there are hints that the company is working on its own branded smart speaker. Their plans are still in very early stages, but it’s likely that they’re looking to simplify the out-of-box experience for loyal customers. Their smart speaker will probably integrate voice controls that dive deeper into Spotify features, such as lyrics, upcoming concerts, and artist info.

This year will emerge as a milestone in the evolution of how human beings interact with their digital assistants. As numerous companies launch the early versions of smart speakers, a new marketing landscape is laid out for organizations across every industry. As Canalys analyst Lucio Chen puts it, “The technology is still in transition, and increased investments from multiple players of the ecosystem will fuel growth.”

Thaddeus Ternes worked at Mutual Mobile as an iOS Architect.