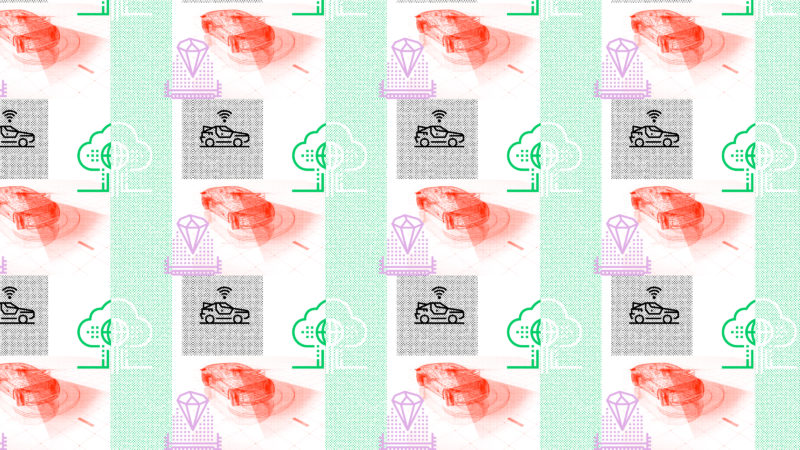 As Android Auto and Apple CarPlay become car purchasing dependencies, user expectations push the relationship between auto and tech into new territory. From auto manufacturer, consumer, and business perspectives, there is an expansive, varied space of opportunity for cars to deliver on experience and efficiency like never before.

With 20 years of combined editorial, automotive, and tech expertise, CNET Roadshow Editor in Chief, Tim Stevens spends his days (and nights) living and breathing auto enthusiasm. We sat down with Tim to dig into his observations, insights, and predictions for automotive technology.

First thing’s first: How did you get into cars?

It was namely through my father. He turned me into a huge motorsports fan, and we’d watch Indy races and go to car shows. My first passion was really motorcycles. I don’t have much cross-over with motorcycle events, but I have had the opportunity to investigate some electric bike development.

What inspired you to join on at CNET and create Roadshow?

After my time at Engadget, this was the right opportunity for me to build and launch something car-focused. We built it up for 18 months and launched about 3 years ago. The idea was for Roadshow to really branch out from purely auto and tech to a more holistic auto focus. We want to be the most tech-savvy automotive coverage out there.

What would you say was your introduction to tech?

The Commodore 64. I taught myself Basic and played a lot of really interesting games that inspired me to write my own rudimentary games. That cemented my love for tech. It was a creative outlet for me, and gaming also got me into journalism. My first journalism job was writing reviews in college.

Gamification is always a good place to start. How do you see it playing out in auto trends?

We initially saw some efforts behind fuel economy (like OBD2 sensors)–getting trophies if you’re a green driver, etc. There have been attempts to create social networks around these efforts, but nothing has really stuck yet.

But this year at CES, Intel and Warner Brothers partnered to create an in-car Batman experience for a self-driving car. Instead of having the usual disembodied GPS voice, you have Alfred the butler informing you of a traffic jam up ahead. There’s also an interactive comic book for the car and simple gaming options for backseat passengers. This could be a pretty fun way to make commuting in an autonomous car more interesting, or to enhance the backseat experience in general.

There’s a lot of gamification opportunity that hasn’t really been tapped into yet. I haven’t seen anything on a grander scale where the auto industry has partnered with the entertainment industry. Autonomy will force more thinking around this movement.

Autonomy is always a hot topic, but I’d like to pair it with EVs. What parallel or divergent paths do you see with these movements?

There are definitely a lot of parallels. We see a lot of EVs in places with good charging networks like Portland, California, etc. Similarly, we’ll see autonomous cars in certain areas that have partnerships with local governments–or a certain need, like areas with the worst traffic. We’ll see some similar adoption patterns. Waymo came out and said that all of their autonomous cars will always be electric going forward. There is some ongoing partnership with the two.

I think ultimately there is more awareness and excitement around EVs right now–whereas there’s still significant dread and discontent around autonomy. It’s a different consumer pulse at this point. Electrification is going to start becoming more common now that we’re seeing Audi, Porsche, and Mercedes Benz coming to market with high end EVs, taking Tesla to task and challenging the space they’ve owned for 6-7 years at this point.

We’re also seeing a lot more affordable options from Hyuandi, Kia, Nissan, etc. More range (>200 miles) for a better price. But it still comes down to charging networks, and this will expand quickly over the next couple years. Equally crucial is consumer awareness and education. Tesla has done this very well vs. something like the Nissan Leaf, which was very compromised.

Many feel like we should be further along with in-car voice activations. What do you think is holding that back?

Tesla is a good example here. They’ve stagnated since initially implementing a more natural language address capability into the Model S. It’s mainly because of their refusal to partner with Amazon Alexa or Google Assistant to really evolve voice. They want to own everything, so they can’t advance this aspect more quickly. Voice could take the Model 3 into new territory. On the flipside, a lot of voice capability depends on data connections. It usually works, but if you’re in a rural space, you lose some of these benefits.

What have you observed in the market around car subscription models?

Interestingly, post millennials (GenZ) are trending back to ownership. So I’m not sure the market will be turned on its head as quickly or permanently as everyone anticipated. But there is general and proven excitement around alternatives, as we saw when Volvo launched their Care platform. They struggled to deliver cars fast enough. The Volvo Polestar is going to be largely based on this model. You might even have to go through Care to get that car.

There’s a giant subscription B2B opportunity. Fleet sales represent a large percentage of domestic auto sales. I live in Albany, NY, and I drive by the state government campuses. White car after white car, just sitting there collecting snow. Utilization rates, for both personal and fleet, are less than 5%. If someone could come in and increase utilization by sharing cars between businesses, that would really be something.

When it comes to auto manufacturing, how much do you get to see behind the scenes? Any common tech denominators there?

Every now and again I get to do a plant tour. A big focus right now on the manufacturing end is cost savings and weight savings, as people demand more fuel economy. These demands require a new, deeper attention than we’ve seen before.

In general automotive design has become more important than ever before. People are expecting even a hum-drum utility vehicle to look good–better than it ever has–so that comes back to innovative manufacturing and sourcing new materials.

On top of efficiency and design, is there anything new defining auto business goals and purchase decisions?

The biggest shift we’re seeing is smartphone integration. There is a high (and increasing) appreciation for what Andriod Auto and Apple CarPlay can do. I don’t know anyone who has experienced those features then doesn’t want it in their next car. People will reject cars before their phones, and buying decisions are becoming more dependent upon this expectation.

Do you feel like the marketability of AR/VR implementations is more about user delight or building better cars?

I think the entertainment side of auto VR will have more of a commercial impact because of high profile partnerships with Warner Bros, Disney, and others to create in-car experiences. But a larger-scale user experience is potentially 5+ years away if it’s dependent upon the autonomous vehicle timeline. Backseat entertainment, for kids especially, could be closer, but the big VR ideas are more connected to self-driving experiences.

AR concepts are more centered around functionality and actual driving enhancements. There’s potential for more metadata being presented in your line of sight for safety. Safety impact and satisfaction is more AR. We’ve seen some interesting ideas for AR working with projection on windscreens, for example, or more advanced display options.

Is there anything you feel “the connected car” is missing that hasn’t been tapped into yet?

Smart home integration in cars is on the horizon. Ford, Honda are starting to gain ground with Alexa support, as well as Google Assistant powering Volvo. There’s an opportunity for cars to link with your home in new ways–phoning home and adjusting the thermostat for when you get home, for example. Your car could connect with your calendar and then adjust your smart home settings. The door is open for someone to pull it all together and connect all those dots.

It seems as though in order to make headway, auto manufacturers have to surrender connectedness and data to Apple and Google. Do you think that will continue?

You figure if car utilization is around 5%, auto manufacturers have limited insights. Apple, Google, Amazon–these are the guys who are going to know what else you’re doing for that other 95% of the time. They know what you’re up to all the time. So auto will have to keep partnering with them to access that data. The value-add is worth the sacrifice of data ownership. In fact, manufacturers who are slow to adopt and accept this relationship are now scrambling.

One of the cooler ideas I’ve seen was the Volvo 360C. It’s a concept for a living room on wheels, basically–a very personalized, comfortable, luxury pod. Volvo based this experience on luxury jets and created a totally premium option with full-service everything. The idea was to replace short-haul travel with a new idea for premier travel. It seems like a more appealing option than a one-hour flight, not to mention the ultimate isolationist dream package. As a frequent traveler, it sounds pretty nice.