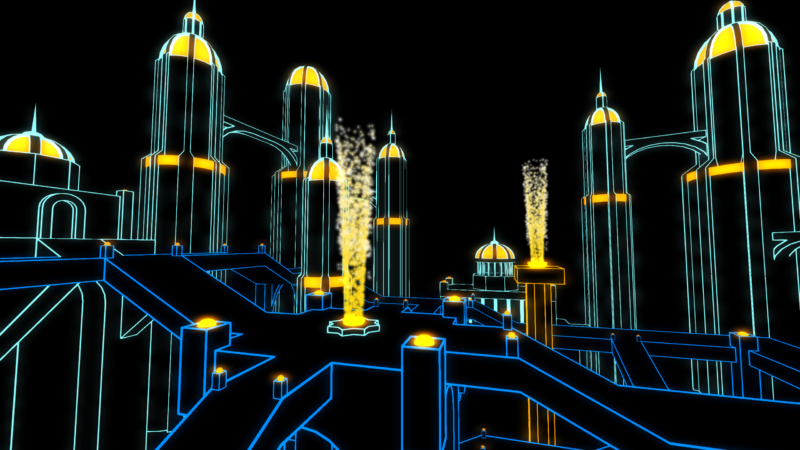 “Three-dimensional design has a blank canvas like never before in history.”

Virtual reality is revolutionizing the design process and saving money while doing it. Engineers, architects and designers across many industries are integrating VR capability into their computer-aided design (CAD) or designing entirely within a VR environment. Traditional approaches to prototyping are being completely overturned by intuitive virtual tools. Meanwhile, companies can present concepts — finished or in-process — to clients through interactive, immersive experiences.

To understand why this technology represents a quantum leap forward, we need to take a quick look at the process of industrial and architectural design. After that, we’ll explore some examples of how VR is bringing it into a whole new era.

Computer-aided design is software that helps in the design and technical drawing of anything from buildings to vehicles to aircraft to consumer products. The software draws an object, showing it on a screen in three dimensions.

CAD was first envisioned in 1960 and has been commercially available in some form since 1982. Over time, it has become quite sophisticated and can include very precise renderings of parts and systems.

Computer-aided manufacturing (CAM) works along with CAD, and manufacturers typically buy a CAD/CAM package. The CAD file is imported into the CAM software, which then controls the machines that manufacture the finished product.

Although virtual reality has been able to render 3D images for decades, its precision couldn’t match that of CAD until very recently. Now, integration of the two technologies is a viable option.

Before the arrival of VR, CAD had to render 3-D designs on a 2-D screen. Artistic software provided good images, but those images were always locked away from the viewer in a 2D universe. They appeared on a flat screen or on paper drawings.

In some cases, industrial designers could use CAM to direct machinery to fabricate a physical object, but there were always limits to such a process. Each iteration required time and effort to freeze it into physical form. Similarly, architects would often go through the painstaking process of building a scale model of their proposed building, while auto manufacturers sculpted full-scale shells of new cars in clay.

VR is capable of taking information from a CAD design and expressing it in three dimensions, scaled to match the real world. Designers and their clients can walk through the inside of a prototype now, or hold a virtual product in their hands and even pull it apart and examine its structure. Furthermore, new VR design tools eliminate the steep learning curve typical of CAD software, substituting intuitive gestural building techniques.

There are two ways to use VR for design creation. One way is to create a CAD model and then import it into virtual space, where it can be evaluated in three dimensions. The second way is to start off in VR space and invent ideas there. MakeVR Pro, launched by Viveport in late 2017 features a CAD-type level of precision offered at a low price.

Using intuitive VR tools, it’s now possible to create prototypes, revise them, and even test them virtually before manufacturing them in the physical world. VR enables engineers, architects, designers, and artists to view their products in full-scale 3-D. That ability to compare the designed object with existing objects in the real world is essential in moving the design process into a new phase. Now users can walk through a design and look at it from the inside, interacting with it in a “sandbox” area of safe experimentation.

That safe space bridging physical manifestations with digital representations means that designing and prototyping in 3D virtual reality can be both cheaper and faster than a traditional CAD.

If manufacturers and designers can conduct their testing and problem-solving in the virtual world instead of the real world, it will obviously save money. Designing a new car from the ground up can cost between $1 billion and $5 billion, which is why BMW is looking to virtual reality to cut its research and development costs. With VR, multiple physical prototype models are no longer required. Errors and faults can be harmlessly headed off without committing them in real materials, and clients can approve a design without waiting to see a physical model.

VR tools also let designers use their hands to push, pull, cut, and turn the virtual material into the form they want. This is faster than directing complex CAD software to perform the same actions on a flat screen. Furthermore, if a real-world product sample is needed, it is no longer necessary to spend months on creating injection-molded parts. Instead, a company can use 3D printing services like Shapeways and have production parts ready to go in just a couple of weeks.

Vive Studio general manager Joel Breton says, “Users can now manipulate objects with increased precision to take advantage of the fidelity and space that VR allows, much like the way carpenters and machinists work in their real-world shops.” Here’s a look at this new artisan process at work in aerospace, automotive, and architectural settings:

When engineers design aircraft in a virtual space, they can discover problems and eliminate them quickly. Manufacturing Global describes one of the benefits that Boeing’s engineering team gets out of VR: “For example, should a vital gauge or access point be blocked by paneling, it can be easily adapted in a VR design in a space of hours, instead of taking weeks with prototyping and testing processes.”

Lockheed Martin has a “Collaborative Human Immersive Laboratory,” a VR space in which they execute their design. The company notes that “engineers can visualize performance characteristics like thermal, stress and aerodynamics, just like they are looking at the real thing.”

BMW uses collaborative VR to enable its engineers and designers to work together. In a virtual space that includes real wind and road noise, the design team can test how different components work when assembled together. Ford has the Ford Immersive Vehicle Environment (FIVE). The company reports that employee injuries have dropped by 70 percent since starting to use this platform, while ergonomic issues have dropped by 90 percent. The creator Autodesk states that “we have combined engineering practice and the voice of the customer.”

An architect can create a virtual model of the building they are designing and walk through it as part of the design. Arch Daily describes the collaborative potential of multi-user VR environments in architecture: “People can discuss, draw, scale, break sections apart and advance the design project in real time.” Architects can ask each other for help in solving design problems, regardless of their geographic location, and clients will be able to have the benefit of some of the world’s best design talent.

In the world of commercial architecture, many stakeholders are involved in the final approval of a design. Before the appearance of VR, architects presented their concept through floor plans, 3D drawings, and scale models. None of these formats allowed customers to see what it would feel like to walk through the finished space. As VR capability increases, any number of people can not only walk through the model — they can also interact with it. They can turn on lights and open doors, and they can also experience different color schemes and layouts.

With this kind of multi-user space, architects can invite clients to have a real-time conversation about various design tweaks, while trying them out. In the words of international architectural firm TMD Studio, “Virtual reality possesses the capability to really sell an idea better than any other medium.”

Disrupting the Concept of “Finished” Design

In its earlier phases, virtual reality design was mainly used by companies to present a completed concept to their customers. An example of this can be seen in Infiniti’s 2015 VR experience, “Pencil to Metal.” Customers watched a 360-degree film about the Infiniti model QX30, and they could choose their point of view while hearing a description. However, this VR experience didn’t let customers have any interaction with the design process itself.

A more sophisticated version of the presentation process can be seen in today’s aircraft cabin design. Airbus engineer Dieter Kasch describes how it works: “You can install a seat, calibrate it with the interiors theme, and then sit in the aisle or window seat and see different views of your cabin from these varying positions. The important thing is that clients can now see what they’re going to get. Changes at a late stage cost time and money, so it helps us deliver our aircraft on time and on budget.”

The Future: Blending Prototype and Presentation

It’s clear from many comments above that prototyping and presenting are starting to merge. Virtual reality design technology makes it possible to execute changes with a few simple touches, allowing the customer to be more involved in the creation of the finished product.

In the words of Martin Schubert, VR developer at LeapMotion, “Perceptually the line between the physical and the virtual has started to blur and the distinctions will only become more fluid with the advance of VR and the rise of AR. Three-dimensional design has a blank canvas like never before in history.”