Mutual Mobile to be Honored at White House 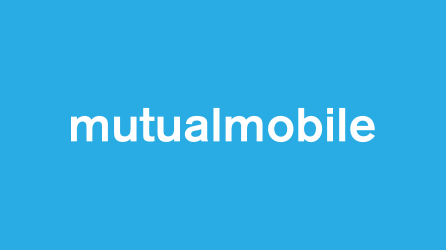 Mutual Mobile today announced it has been named as an honoree on the 2012 Empact100 list by Empact, an organization that focuses on making entrepreneurship a viable career option for everyone around the world.

Now in its second year, the Empact100 recognized Mutual Mobile as being among the United States’ “Top 100 Companies Started by Young Entrepreneurs” age 30 and under. The company, founded in 2009 by John Arrow, Sam Gaddis, Tarun Nimmagadda, Mickey Ristroph, and Jason Story, has seen explosive growth developing mobile solutions for the world’s leading consumer brands and enterprises, including Audi, Cisco, Citi, Google, J.Hilburn, Philips, Xerox, and others.

The list was finalized by 2012 Empact Academy members, who are among the United States’ leading entrepreneurs, and include:

“Mobility is transforming the enterprise, from how you train and equip sales teams in the field to how you engage customers at the point of sale,” said John Arrow, CEO of Mutual Mobile. “We are proud to be recognized by the Empact100 for our success in helping our clients tap the power of mobile to solve real business problems and create entirely new products.”

The Empact100 list is comprised of the top 100 companies in the Empact Showcase, a compilation of the United States’ leading entrepreneurs who are age 30 and under, and whose annual revenues or operating budgets (for non-profits) are more than $100,000. In 2012, the companies on the Empact Showcase contributed more than 8,000 jobs to the economy, and controlled $1 billion in revenue.

“The annual Empact100 and Empact Showcase are both a testament to the impact that entrepreneurs are making on our economy, and an inspiration to aspiring entrepreneurs,” said Sarah Green, Co-Founder, Empact100. “We are proud of all of the 2012 Empact100 honorees and pleased to support them by celebrating the spirit, dedication, and hard work that has made them successful entrepreneurs.”

Mutual Mobile is an emerging technology company that works with brands to push the boundaries of innovation while ensuring the creation of valuable experiences for people. The company combines deep design, development and domain expertise to create custom solutions that help brands solve tough problems through innovation. For more information, visit mutualmobile.com.