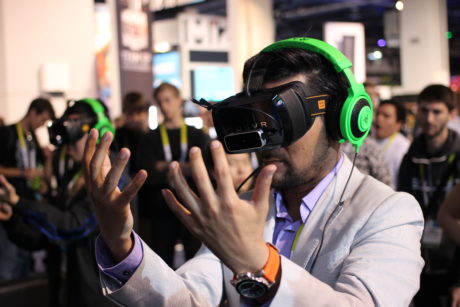 The potential of true immersion via virtual reality technology is apparent to many, starting with the growing gaming scene. While gaming is a lucrative industry, it is important to examine the vast opportunities outside this niche and how such advancements showcase a world-changing platform.

When virtual reality (VR) first appeared on the tech scene, gamers immediately recognized its extraordinary potential. Their enthusiastic embrace of VR caused it to be perceived as frivolous during its early phases and may have contributed to slower adoption in non-entertainment sectors. Alert software pioneers, however, always knew that VR’s capabilities lay far beyond just the gaming universe, and continued developing new applications. At this point, enthusiasm for VR is spreading widely, and its enormous potential is finally being realized far beyond gaming. DigiCapital reports that only about 1/10 of all 2017 investment in virtual and augmented reality was directed into the gaming industry. The remaining 90 percent was divided among navigation, photo/video, business, education, music, entertainment, and other sectors. The size of these investments is growing as well, with virtual and augmented reality startups raising over $1 billion in the third quarter of 2017.

Virtual Reality Technology: What is it good for?

Jeremy Bailenson, a professor of communication at Stanford University and the founder and director of its Virtual Human Interaction Lab, has some interesting insights about the reasons for using VR, and the places where it is and is not applicable. In a Slate interview, Bailenson points out that VR still comes with certain built-in obstacles, and for this reason, its use won’t become ubiquitous. He cautions enthusiasts that VR is not going to transform consumer technology because it is not only expensive to create, but can also fatigue people’s visual capacity and take a psychic toll. Bailenson identifies four key criteria for judging when virtual technology is beneficial: Can it reproduce (or create) experiences that in real life would be expensive, rare, dangerous or impossible. To Bailenson’s four criteria, we might add a fifth: facilitating unique avenues for creativity. Here’s a quick look at each of these five criteria with examples of each.

Taking a classroom full of elementary school children to Europe is prohibitively expensive for all but the most well-funded private schools. Using virtual reality evens the playing field, allowing kids from every economic stratum to travel the world together on a virtual field trip. Nearpod VR offers affordable VR field trips, neatly packaged as curriculum material, ready to be licensed by a school or a district. The trips work on a broad range of devices (including VR headsets), enabling students to visit historical and geographical landmarks around the world. Through this type of experience, students will be able to benefit from a realistic visit to important and interesting sites without incurring the cost of physical travel. Furthermore, having once seen a place close-up, young people will feel more connected to that place and its people in real life. TechCrunch commentators opine “Perhaps the most utopian application of this technology will be seen in terms of bridging cultures and fostering understanding among young students, as it will soon be possible for a third-grade class in the U.S. to participate in a virtual trip with a third-grade class in India or Mexico.”

2. Opening the Door to Unique Experiences

Rare experiences in the real world take even more resources than ordinary travel. In his discussion of this criterion for the benefits of VR, Bailenson cites the example of whale-watching. Even if you pick a good day to go out on an excursion boat in the peak of the animals’ migration season, there’s no guarantee that you’ll see a whale breach right next to your boat. With a virtual reality experience, viewers are reliably witnessing a breathtaking encounter at close range.

Similarly, complete solar eclipses occur only a few times over the average person’s lifetime, and traveling to one is seldom easy. However, thanks to the coverage of Time and other news outlets, anyone can enjoy the experience whenever they wish.

New opportunities for journalism abound through VR. The Navy recently allowed USA Today to send a reporter and a photographer on board the USS Eisenhower, a nuclear-powered aircraft carrier, as it prepared for a combat mission. These two guests captured and recorded their experience during three days of the vessel’s operations so that their unique access would be virtually accessible to anyone else in the future. Geekwire covered this event, exploring the possibilities offered by VR for the profession of journalism.

Law enforcement officers and first responders face deadly situations in the course of their daily work, but up until now, it has been nearly impossible to provide frequent training that is sufficiently realistic and diverse. The Los Angeles County Sheriff’s Department has acquired a 5-screen simulator from VR provider VirTra with which to provide advanced officer training. The immersive environment is extremely realistic, using actual guns and tasers, and enhanced by vibration and sound from the specially-wired floor. VirTra works with various law enforcement agencies to create custom scenarios for their specific needs. These simulators are in use around the world and are found to improve officer confidence, threat perception, decision-making under stress, and other essential skills.

Companies in dangerous industries are offering instruction via virtual reality training as well so that workers can learn how to safely operate in a hazardous environment. When a false move can cause millions of dollars of damage, injury, or even death, it’s important that staff are able to learn in a more forgiving setting. Bechtel, a global construction firm, uses VR training modules from New York Human Condition Safety, which specializes in construction safety. Bechtel now trains workers within an immersive virtual environment at the company’s innovation center in Houston.

In entertainment and educational sectors as well, virtual reality design welcomes users safely into dangerous environments. A trip to the top of Mount Everest or to the depths of the ocean courts more risk than most of us want in our lives. However, Everest VR and The Blu allow us to experience what a visit to these places could be like without putting ourselves at risk. WildTouch Expeditions offers users a cozy and safe opportunity to explore the continent of Antarctica, and more such journeys are being rolled out continuously.

4. Changing the Meaning of the Possible

Many people learn best from hands-on experiences, but there’s no way to have first-hand interaction with the orbital mechanics of bodies in space. Unless that is, they enter the virtual world of Universe Sandbox. This VR app allows a user to interact with solar systems that behave and evolve in accordance with the laws of gravity, climate, materials, and basic laws of physics. Users enjoy the majestic beauty of intricate creations that they assemble from suns, moons, and planets… and then immolate them all with giant space lasers!

Google Expeditions has received considerable attention as well, offering virtual travel to Machu Picchu, undersea coral fields, and even the surface of Mars. Using Google Cardboard headsets or pricier gear, users can explore any place that can be captured photographically.

In the world of art, the use of VR is still in its infancy, although pioneers in the field have created several fascinating early efforts. Sydney’s Sculpture by the Sea exhibit uses VR to offer entirely different viewpoints on the sculptural works in Mark’s Park. Visitors book ahead for appointments to this on-site experience, deepening their appreciation of the artists’ work.

SoundStage is a music production toolkit that allows the user to float drum kits, keyboards, synthesizers, theremins, and more in virtual space around their body, and then to play them in real-time.

VR provides powerful new tools for creating narrative experiences as well. Due to this advancement in technology, storytelling has entered an entirely new arena. Mind Show allows storytellers to create their own animated VR experience and share it with others. Users choose a background, characters, and props, and then act out their stories. After giving the animated characters the actions and voice, they then invite other users to enter the created world and view the action from any angle.

In addition to offering new ways to experience artists’ work, VR enables terrific creative tools for visual arts. Tilt Brush and Google Blocks provide 3D painting and sculpting tools that allow anyone to create paintings and sculptures with an intuitive ease that is difficult to achieve in any other medium, which can also even be 3D printed — bringing them into the real world.

A Statista Survey notes that what people find most interesting about virtual reality technology is “the feeling of jumping into another world.” 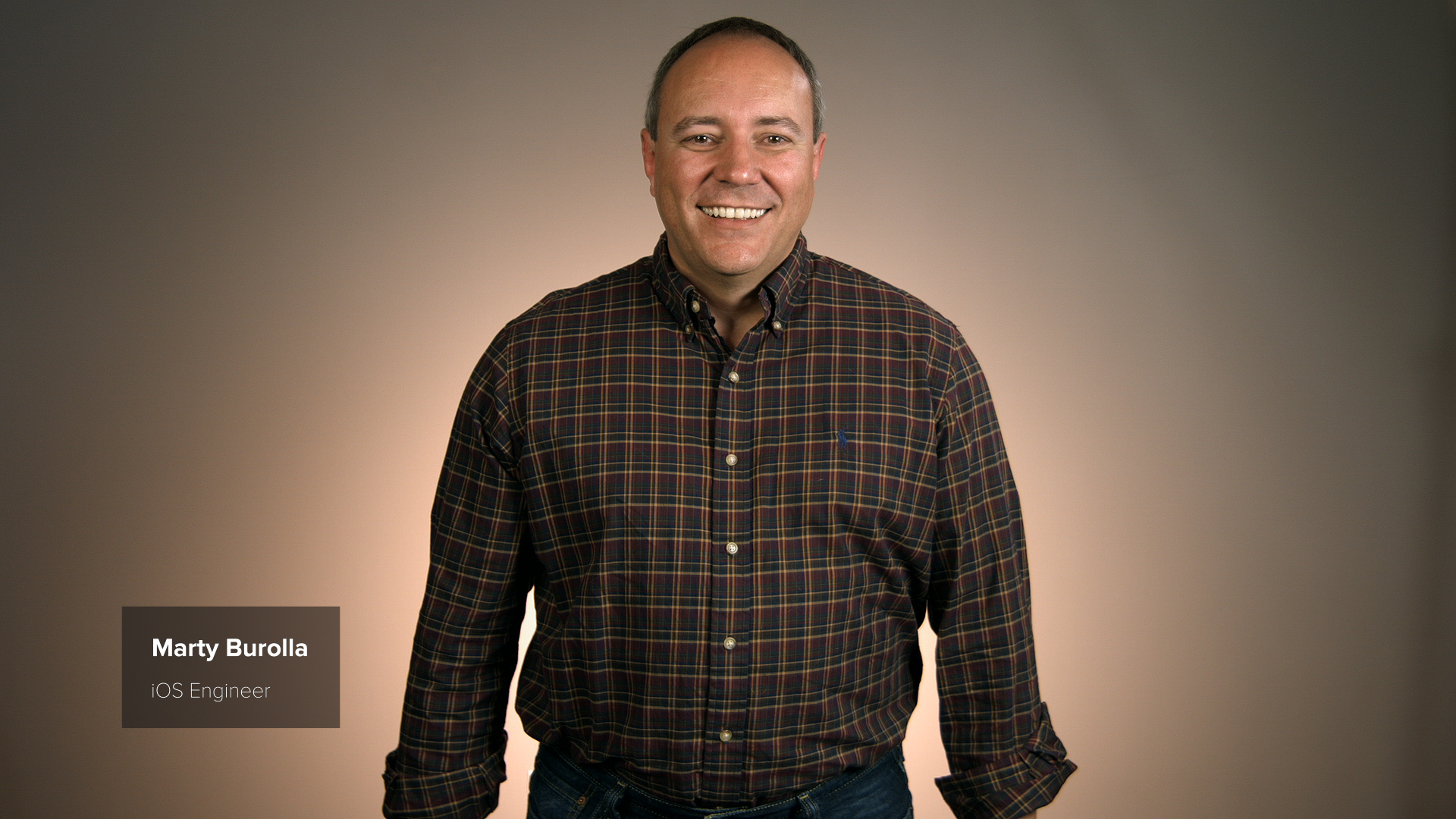