Web 3.0 is an exciting new development in the world of Internet technology, and it has the potential to change everything we know about the web.

If you’re here, then you’ve probably heard of Web 3.0 and are interested in learning more about it. Of course, it also implies that you have an idea of Web 2.0. But what do these terms even mean? Also, are they of any importance? And how has the web evolved over the past three decades?

Taking the last decade into account, these changes matter a lot.

Keeping these action points in mind, we will be discussing the evolution of the Web, where it’s going, and why it is important.

But, before we dive deeper, know that everything around you is connected through the Internet and the web. Your social media platforms, search engines, and shopping history—are all a multifaceted, intricate web of the… well, web (pun intended).

Evolution of the web

The Web has evolved a lot over the years, and each of its variants is hardly recognizable from the previous versions. Let’s take a look at each of these in detail.

Web 1.0 was the first variant of the modern Internet. Most of the content was in the form of text or hyperlinks. Tim Berners-Lee made the first website on August 6th, 1991, and the page held information on the World Wide Web project. The community was focused solely on web developers and people who consumed plain text.

The Internet had static HTML that served information from a file system rather than a database. Sites didn’t have any interactivity, and there was no difference between text documents and a webpage. As a result, most stakeholders thought the Internet would be a fad. Little did they know it would change the face of the planet and life as we know it.

In the world of Web 2.0, developers are not as significant to participate in the community of the Internet. Almost anybody can create content that enables them to interact with the Internet and other participants. Different content forms have swept the Internet as drafting an idea and sharing it with the world can be done in a matter of seconds.

In fact, uploading videos online, commenting on the President’s latest tweet, and arguing with people on the comments section, have all enabled us to take a stand on the Internet regardless of our demographics and more.

Web 2.0 is a significant step ahead, but a few areas can do a lot better.
‍

Most software organizations come up with a billion-dollar idea that is centered around significant customer acquisition in the first few months or years of its inception.

Companies like Facebook, Google, Twitter, and others focus on creating a lean web and mobile application, onboarding hordes of users, and all for free. Venture capitalists heavily back these ventures. Over time, these companies start collecting personal data.

Once they have sufficient data, they can either advertise based on the data collected or sell it to other organizations. This conundrum is what centralizes most of the Internet today. Billions of users are at the mercy of a handful of organizations that hold more information than needed. This exploitation of data has led to many privacies and legal issues around the world.
‍

This data can be exposed to the public eye during data breaches and can even leak sensitive information pertaining to health, bank details, personal conversations, etc.

Apart from these organizations, banks and the government are other bodies that determine your free will and speech. For example, your bank account can be frozen or terminated if you’ve not followed government protocols. This overlap of power, autonomy, lack of data privacy, and ownership is what’s burying Web 2.0 in the digital graveyard.

In a single word, the difference between Web 2.0 and 3.0 is decentralization. To top it, Web 3 boosts the Internet as we know with some other characteristics. Web 3.0 is

Unlike Web 2.0, where developers build and deploy applications using a centralized database, applications on Web 3.0, also known as decentralized applications or dApps for short, are built on top of blockchains or decentralized networks. These are connected via peer-to-peer nodes (a node is very similar to a server) or a combination of both. These apps, or dApps if you will, follow a crypto-economic protocol.

Cryptocurrency plays a massive role in decentralized applications. Cryptocurrency acts as a financial incentive for network participants that allow the fastest kind of service possible in performing a transaction via the blockchain.

These protocols may vary, and the incentives are based on computer storage, ease and speed of transaction, bandwidth, hosting, identity, and other web services that cloud providers usually offer. This is similar to paying for a service like AWS, although the money goes directly to the network participants.

A ton of web infrastructure protocols exist, such as FileCoin, Arweave, and Livepeer. They co-exist and provide the same functionality as services that the Ethereum Blockchain offers. These tokens may be exclusive to building dApps and provide financial incentives to network participants.

Native payments via Cryptocurrencies are made by generating or minting tokens on a blockchain. These tokens are frictionless and do not involve an intermediary such as Stripe or PayPal.

Crypto wallets such as Meta Mask and Torus help set up quick online wallets that enable you to make transactions in Cryptocurrencies.

Transaction speed is another critical factor. Networks such as Cardano offer hundred-digit millisecond latency and a transaction cost around a fraction of a cent. The traditional steps are eliminated while performing transactions, and an online wallet is all that’s needed to get started.

Token Economics has been a game-changer while building decentralized applications. Imagine someone wants to build a software company. They come up with an idea but require money for setting their concept up.

To get the money, they approach venture capitalists who take a share of the company. This investment might even create a misconstrued relationship between the stakeholders. As a result, the company may take a long time to become successful, and even if they do, the real return on investment will take a lot more time.

On the contrary, imagine a set of people trying to solve a new-age problem. Anyone can participate in building it or investing in it. The company will release an X number of tokens on a percentage basis to the various stakeholders.

The stakeholders can vote or decide changes to the project and encash their tokens if they believe the project doesn’t align with their beliefs.

The transactional data behind all this is completely transparent and public on the blockchain. This contrasts to private companies’ buying, owning, and selling equity, where most future developments are masked in secrecy.

Yearn, Radicle, and Gitcoin are some of the popular examples of such ventures. For instance, Yearn allows its various stakeholders to participate in voting on decisions and proposals.

Radicle—a decentralized Github alternative, allows stakeholders to take part in the decision-making and governance of their project. Gitcoin is an excellent platform that pays open source contributors in Cryptocurrency.

Decentralized Autonomous Organizations (also known as DAOs) are known to offer an alternative way to build a company without including only the investments of a venture capital firm alone.

These organizations ensure that the stake held by all their shareholders is easily liquidated or transferred.

Identity works similarly to that of web2. However, instead of creating social profiles over various platforms, web3 allows you to create an identity based on your wallet address.

Authentication can be done anonymously with one’s encrypted wallet address instead of creating sensitive information like email addresses and passwords. In addition, the public wallet address can be seamlessly integrated into a host of dApps.

You’ve heard of the Metaverse, I’m sure. You’ve also heard of NFTs, I presume. To top it all, you’ve just read about Web3—the future of the Internet.

With all the puzzle pieces you’ve picked up, what is the grand scheme here?

Web3 is the technology that allows us to dive deep into something like the Metaverse, a vast expanse of near-infinite virtual space where users can create, interact and expand in real-time and grow their monetary assets.

The bridge between Web3 and the Metaverse is NFTs.

The authenticity of the Metaverse can easily be a victim of duplicity, and NFTs help eliminate that with the get-go. Creators are given ample space to expand the overall worth of the Metaverse with their art, and isn’t that something that all creators want? A space to display their efforts.

The future is here with Mutual Mobile

Web 3.0, Cryptocurrency, Blockchain, Metaverse, NFTs, etc. These aren't just buzzwords for us, but the reason why we are so excited about emerging technologies.

And since our inception, emerging tech has been in our wheelhouse. So, contact us, sit back and relax, as we help your company soar the skies

The Future is Now 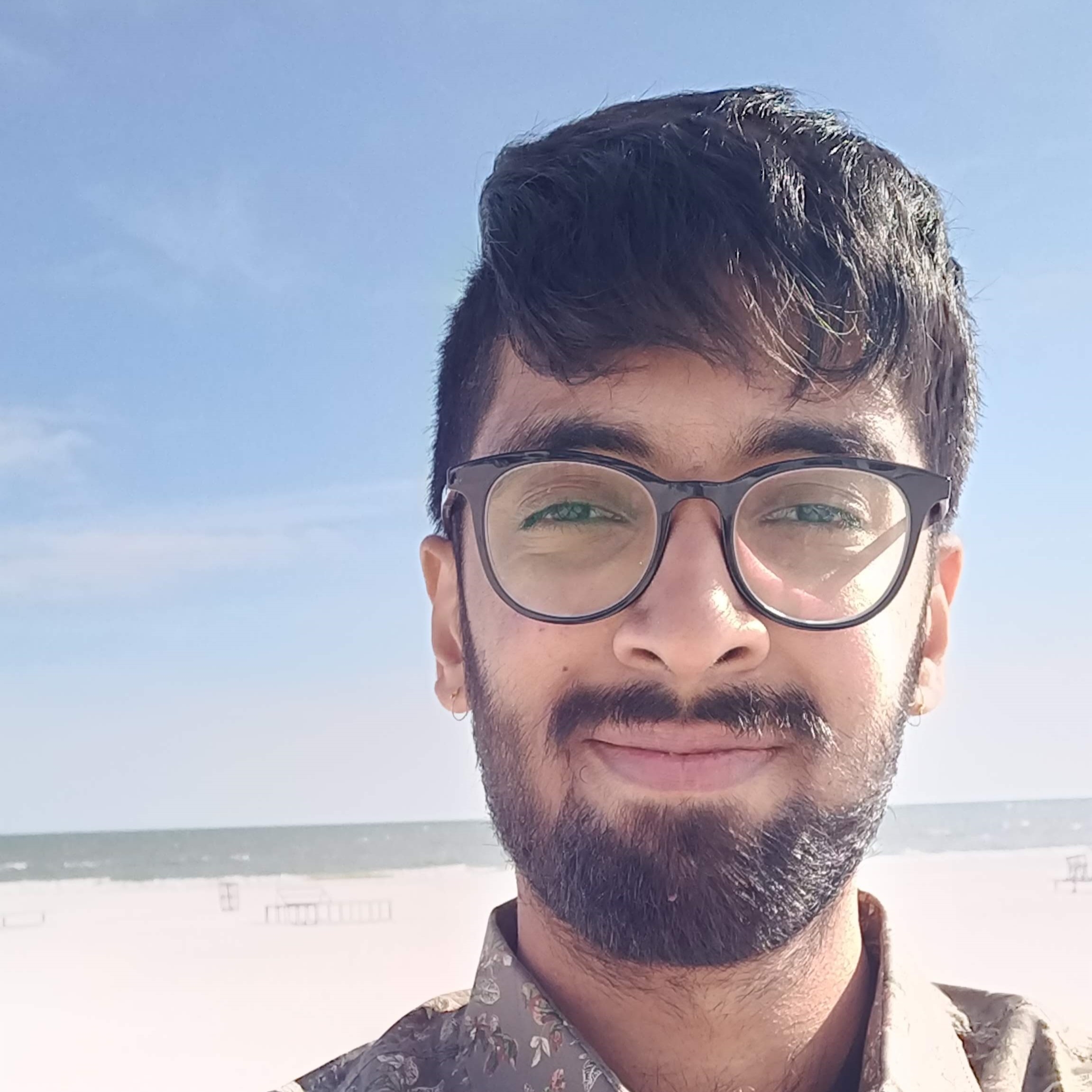