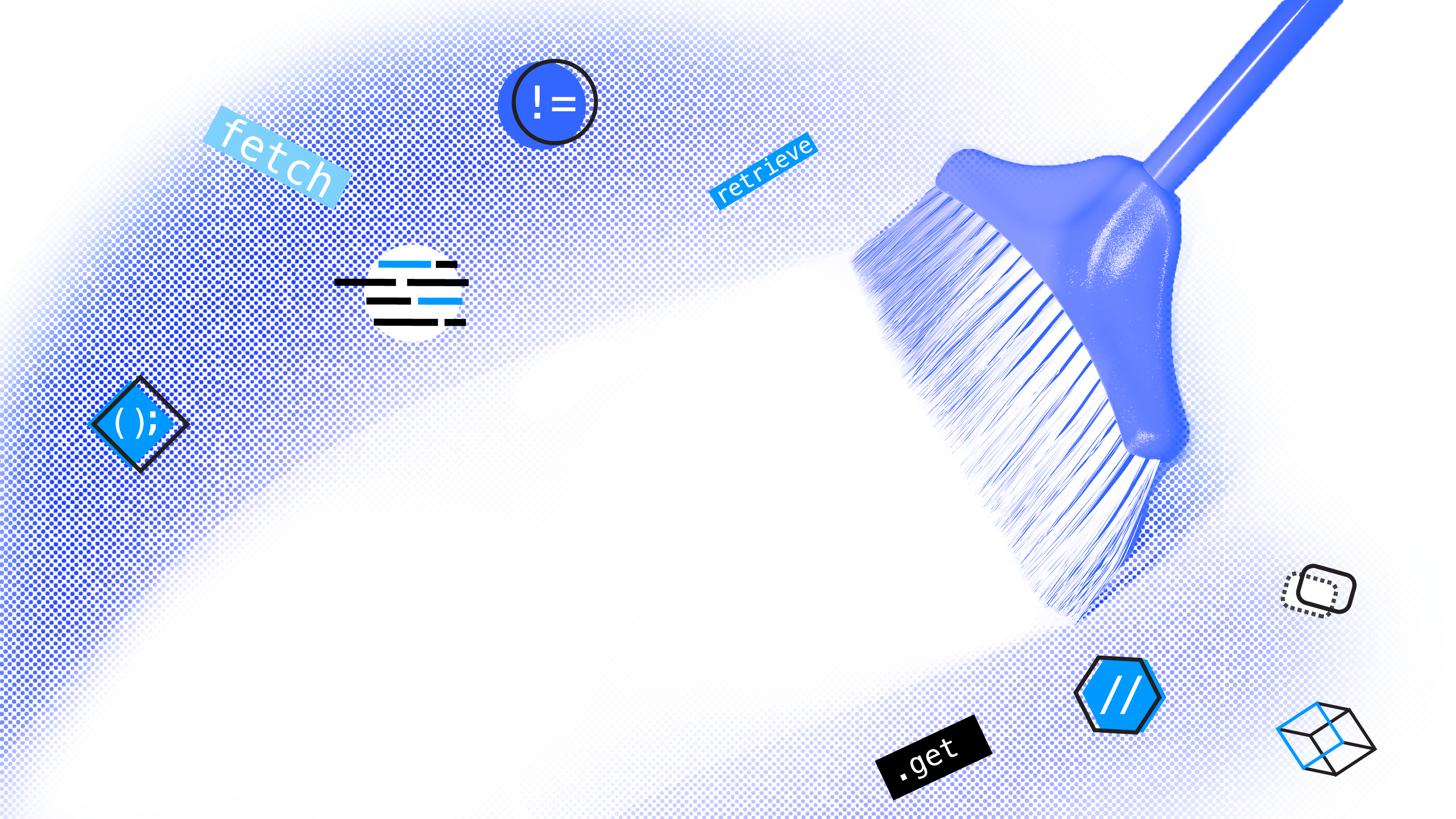 There Will be Code

The Curse of Bad Code

If you have been a programmer for any significant amount of time, you and/or your team have run into and been slowed down by someone else’s messy (aka “bad”) code. The consequences of such slowdowns can be significant. Over the span of a year or two, even the most nimble of teams can be stopped in their tracks by problematic code.

When you find every change you make to the code breaks two or three other parts of the code – the concept of trivial changes flies out the window. Every addition or modification to the system requires that the tangles, twists, and knots be “understood” so that more tangles, twists, and knots can be added. Throw a few necklaces into a ziploc bag, shake it up, and then try to separate the chains–it’s like that. Over time the unresolved core issues run so deep, there’s no way to clean it up.

What is Clean Code?

There are many definitions of clean code floating around, but the most beautiful definition comes from Bjarne Stroustrup (inventor of C++ and author of The C++ Programming Language),

“I like my code to be elegant and efficient. The logic should be straightforward to make it hard for bugs to hide, the dependencies minimal to ease maintenance, error handling complete according to an articulated strategy, and performance close to optimal so as not to tempt people to make the code messy with unprincipled optimizations. Clean code does one thing well.”

Bjarne elevates the value of code hygienics. Clean code creates a pleasing experience similar to that of a well-crafted music box or well-designed car. Diving deeper into this characterization of code, Bjarne mentions efficiency—twice. Not surprising coming from the inventor of C++; but there’s more to it than the sheer desire for speed. Wasted cycles are the opposite of elegant, they are not pleasing.

In using the word “tempt,” Bjarne exposes a deeper truth around the tendency to “just keep going.” Bad code tempts the mess to grow because when devs change the bad code (with good intentions), it only compounds the problem.

So how can you transform bad code into clean code? Here are some actions you can take to drive things in the right direction:

Classes and objects should be noun or phrase names like Customer, Account etc. Avoid words like Manager, Processor, Data, Info, or using verbs in the name of a class.

Methods should have a verb or verb phrase names like postPayment, deletePage, or save. Accessors, mutators, and predicates should be named for their value and prefixed with get, set, and is.

When constructors are overloaded, use static factory methods with names that describe the arguments. For example,

is generally better than

Consider enforcing this usage by making the corresponding constructors private.

3. Pick One Word per Concept

Pick one word for one abstract concept and stick with it. For instance, it’s confusing to have fetch, retrieve, and get as equivalent methods of different classes. How do you remember which method name goes with which class? Sadly, you often have to remember which company, group, or individual wrote the library or class in order to remember which term was used. Otherwise, you spend an awful lot of time browsing through headers and previous code samples.

Boolean logic is hard enough to understand without having to see it in the context of an if or while statement. Extract functions that explain the intent of the conditional.

Look at this example:

Did  you understand the function after a few minutes of studying this? Probably not. There’s too much going on  at too many different levels of abstraction. There are strange strings and odd function calls mixed in with doubly nested if statements controlled by flags.

However, with just a few simple method extractions, some renaming, a little restructuring, we were able to capture the intent of the function in the few lines of Listing

Flag arguments are ugly. Passing a boolean into a function is a terrible practice. It immediately complicates the signature of the method, loudly proclaiming that this function does more than one thing. It does one thing if the flag is true, and another if the flag is false!

Passing a few arguments makes a function simpler to understand and easy to write test cases.

Can be simplified to:

8. Use Exceptions Instead of Error Codes

The problem with these approaches is that they clutter the caller. The caller must check for errors immediately after the call and, unfortunately, it’s easy to forget. For this reason, it is better to throw an exception when you encounter an error. The calling code is cleaner, and its logic is not obscured by error handling.

// Save the device status to the record field retrieveDeviceRecord(handle);

// If not suspended, shut down

logger.log("Device suspended. Unable to shut down");

Comments do not make up bad code. Informative comments are always good but what about the commenting-out code? Try your best to avoid doing this.

Others who see that commented-out code won’t have the courage to delete it. They’ll think it is there for a reason, and then it gathers like dregs at the bottom of a bad bottle of wine.

It’s not enough to write the code well. The code has to be kept clean over time. Code degradation isn’t new, but, for some, taking an active role in preventing it might be.

The Boy Scouts of America have a simple rule that we can apply to code:

Leave the campground cleaner than you found it.