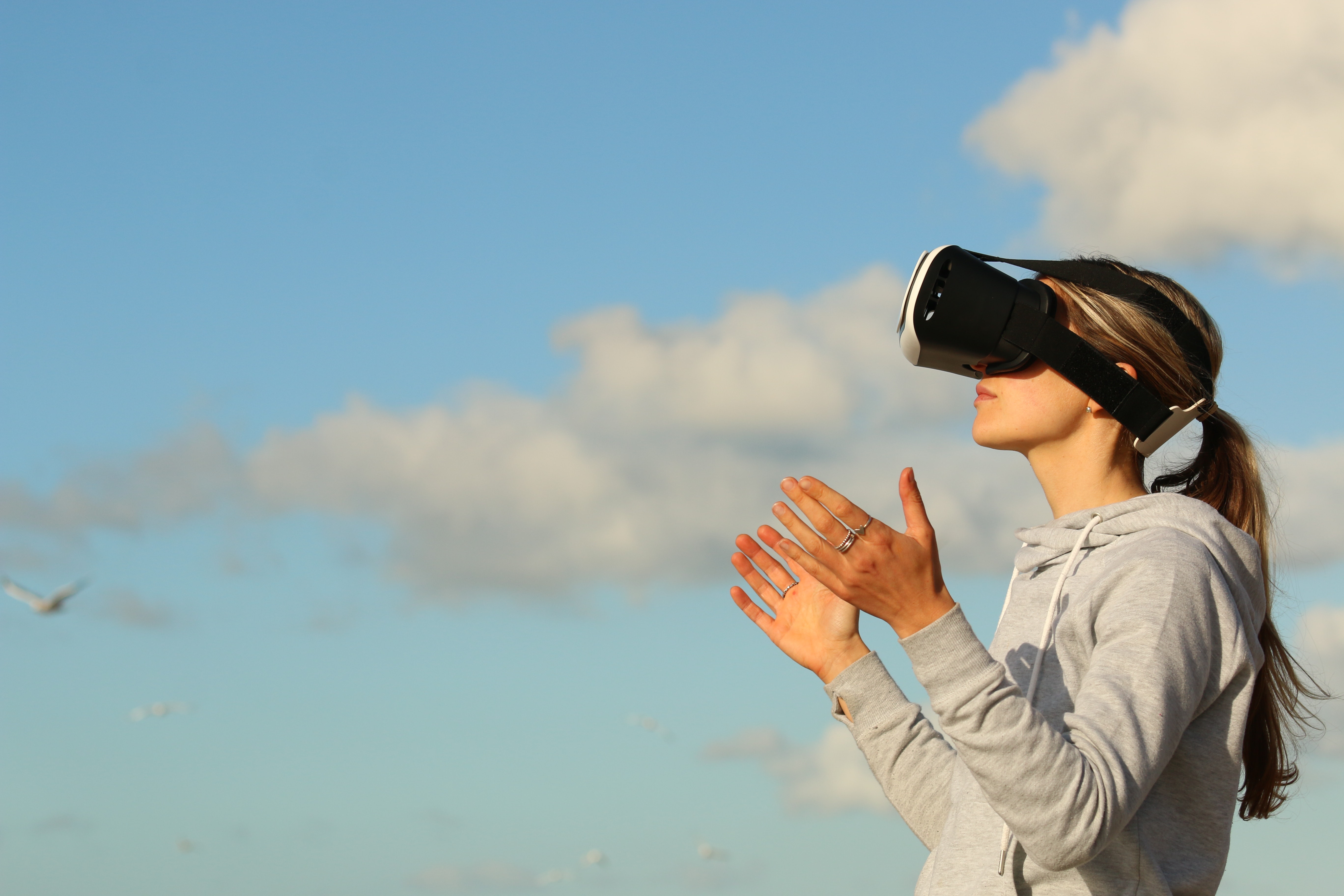 The ability to enter different realities may well become the 21st century’s defining characteristic, and this technology will transform every industry.

As virtual reality continues to become more sophisticated, forward-looking brands are taking advantage of the technology’s possibilities. Below, we take a quick tour of five different industries. In each case, we profile one company that provides a cutting-edge VR experience. 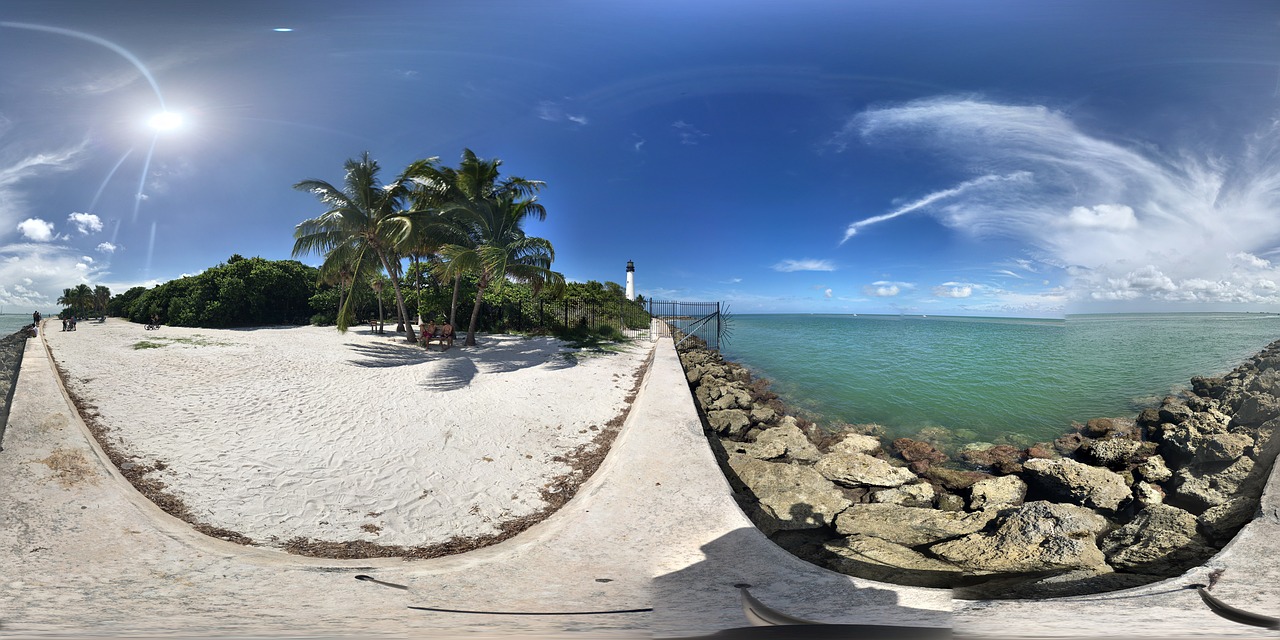 To draw travelers with more resources, tourism boards and hospitality brands are offering a sensory taste through VR. Tourism Australia comments, “Virtual reality is one of the most exciting innovations in tourism marketing, enabling consumers to live and experience a destination directly from their living rooms.”

Tourism Australia provides 18 different 360-degree film sequences, showcasing various destinations. The most popular of these include some interaction with wildlife, such as swimming with sea lions or snorkeling in the Great Barrier Reef. Users can view the film clips with a Google Cardboard or any other mobile headset. The tourism board’s chief marketing officer, Lisa Ronson, comments, “We have a very competitive landscape in destination marketing, with national tourist offices spending a lot of money. We need to be able to tell the story of Australia in new and engaging ways.”

After launching their campaign, Tourism Australia partnered with Google Think Board and TNS to study its effectiveness. The results provide solid evidence for VR’s value: The videos have been viewed over 10 million times, and they have helped drive a 9 percent increase in visits to the country. After introducing this campaign, the Australia tourism industry experienced a record-breaking year.

Future Directions for VR in Travel

Video tourism previews such as these are only the beginning. Virtual reality offers many fresh possibilities for the travel industry. A virtual tour guide could provide consumers with a deeper dive into the real-life location they are contemplating. This tour could have an added story element, allowing users to “choose their own adventure.” Some light gamification could also enhance the travel shopping experience. A travel game could give people simple tasks within their virtual preview. Offering them rewards for these tasks would encourage them to make the leap and actually go on vacation. 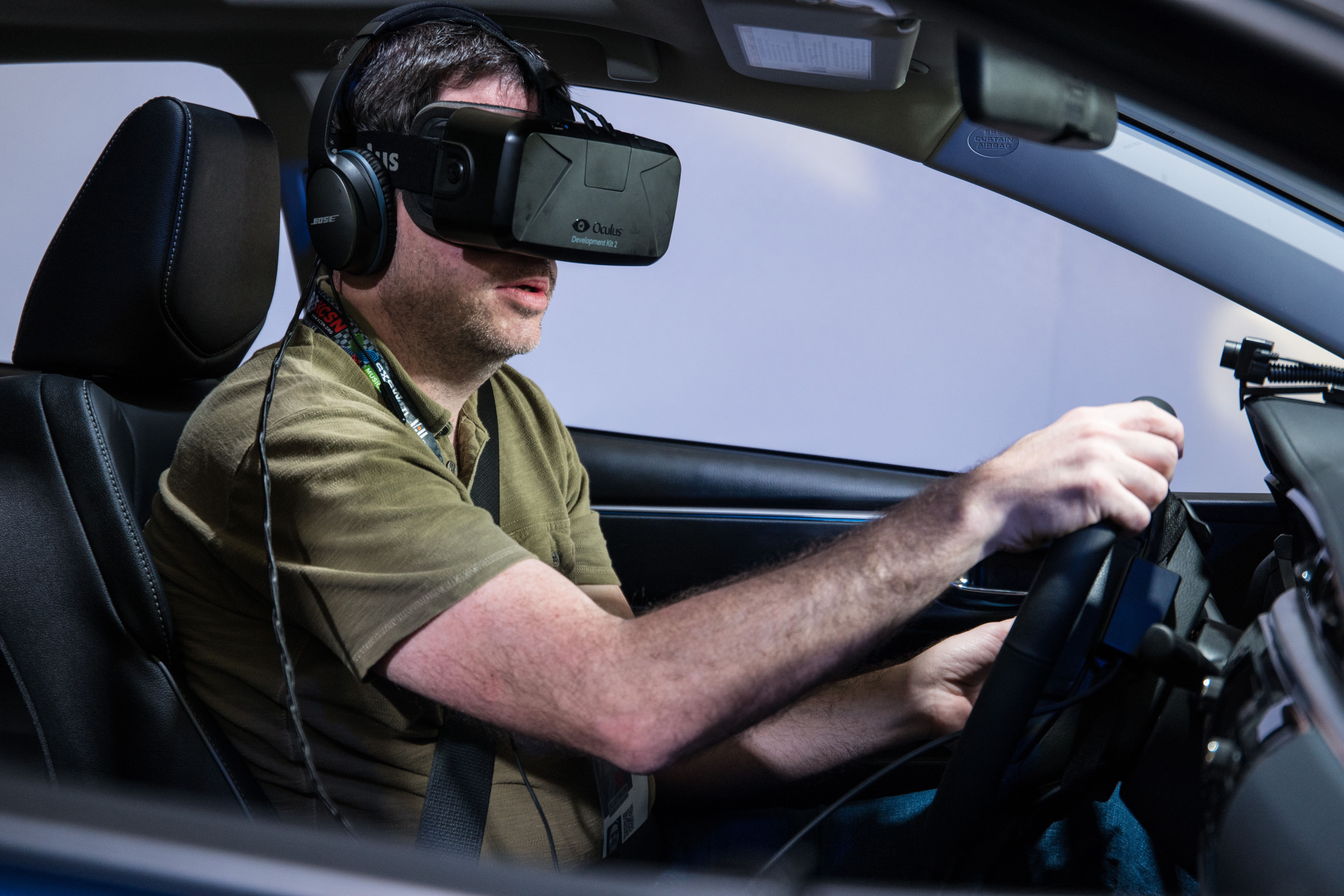 A CBS news video in January 2018 highlighted some of the uses of VR in future auto sales. The report emphasizes the fact that virtual reality allows buyers to avoid human sales representatives. Instead, buyers can privately (and safely) explore the car’s features and behavior through a virtual test drive.

Toyota Takes the Lead in VR

Toyota has been stepping forward aggressively into the world of VR automobile marketing. As an exhibitor at the TechCrunch Disrupt Conference in 2016, Toyota previewed their immersive VR sales experience. Their demo offered the high-quality immersive technology of the HTC Vive, as well as spatial audio and a steering wheel with haptic sensors. The compelling demonstration uses an actual seat from the Prius Prime. Sitting in this seat contributed to a powerful sense of immersion.

In their real-life marketing, Toyota whetted the appetites of customers for its model C-HR before it was released. By offering a virtual experience powered by Zero Light, Toyota captured users’ interests and then stayed connected with those users through an at-home mobile VR experience.

Enjoying a virtual test drive as part of a game can help people move beyond passive viewing and begin to actively engage with the car. Toyota’s VR experience puts people in the middle of a story. Customers play the role of a getaway driver for a mysterious rider carrying a briefcase. They virtually careen through traffic and escape other vehicles until they reach the culmination of the story and find out what was inside that briefcase.

Toyota’s virtual reality strategy contributed to a 5 percent lead conversion rate, and that’s not surprising: Shoppers who can personally experience a car and virtually activate all of its features will develop a highly engaged relationship to the vehicle. 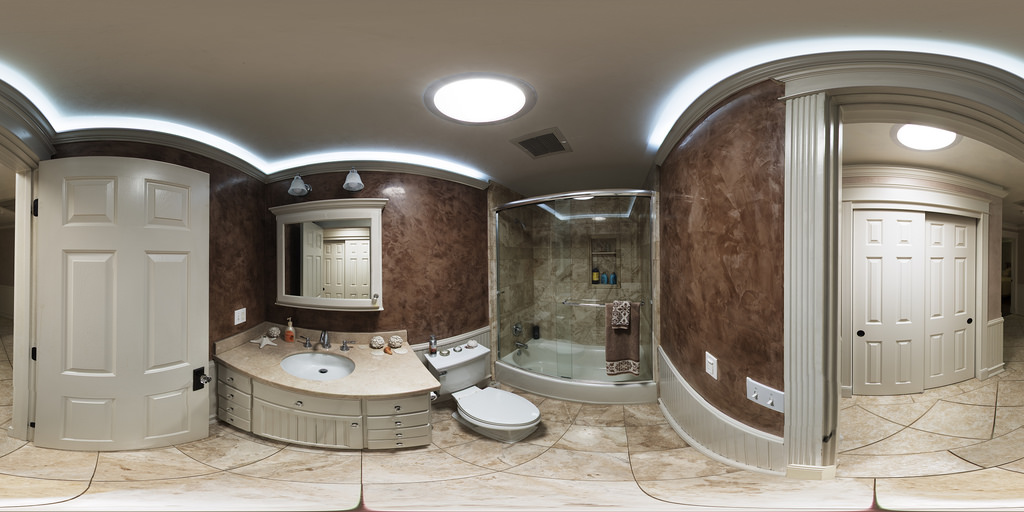 Residential home buyers have been able to access 3D walkthroughs for a few years. Commercial real estate is breaking new ground with virtual reality design, offering 3D views of future properties. As commercial leasing platform VTS explains, “On the commercial side, one of the most prominent applications of VR is marketing for space that is under construction – or even still on the drawing board. Virtual tours can help potential tenants visualize a space that doesn’t yet exist, and effectively speed lease-up for developers and owners.

When Macerich wanted to showcase its 500,000 square foot shopping development in San Francisco, it used VR technology from Floored. Macerich has been at the forefront of defining VR’s usefulness in the commercial real estate market. AZ Big Media notes that Macerich has been using VR to “enhance a building’s impact for stakeholders.”

The ability to visualize what an office or apartment building will look like before it’s built is only one advantage of VR. Another key benefit is the ability to offer virtual tours to multiple people at once, so an entire investment team can simultaneously tour a property. Decision-makers in a different city can get a full view without having to personally travel to the site.

Seeing a space ahead of time can be interactive, rather than simply passive. VR gives buyers the ability to reconfigure layouts altogether, including moving walls and reshaping rooms. Leaseholders can choose the right colors and furnishings, customizing their space before it’s assembled. Links to furniture retailers within the virtual showroom allow customers to purchase the furnishings they prefer. 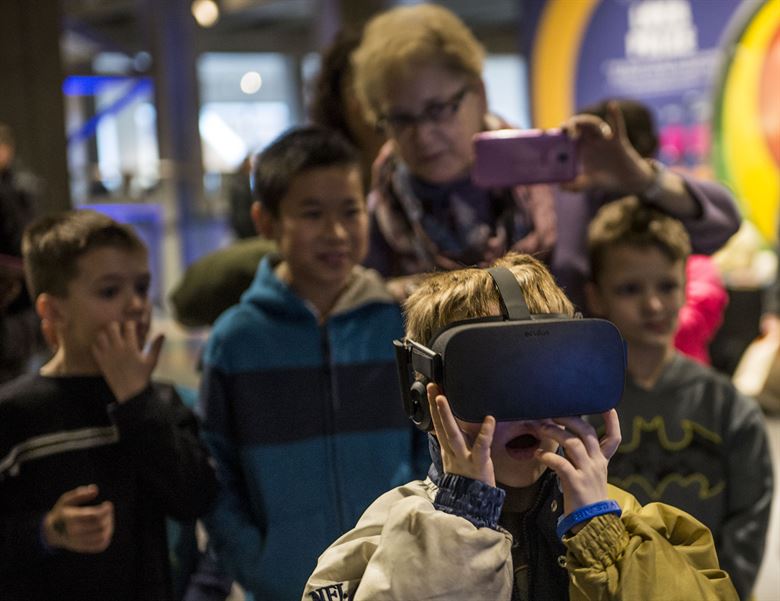 Teaching is an ideal example of virtual reality use cases, and new technology will make it easier to share such experiences. This technology enables instructors to set up virtual classrooms, in which students all over the world can interact at the same time.

A Classroom of Avatars

At the 2017 Consumer Electronics Show, Oxford University teamed up with Immersive VR Education to showcase its new offerings. The platform, called Engage, uses HTC Vive headsets to accommodate up to 30 students at once. The students are represented by avatars in the virtual world, allowing the teacher to provide real-time feedback on student work. The subject of the demonstration is Oxford’s “Life-Saving Instruction for Emergencies (LIFE) Project,” which trains health workers who will be doing medical relief work in developing countries. Dr. Chris Paton, Group Head for Global Health Informatics at the Centre for Tropical Medicine, states that “VR allows students in remote areas to connect with trainers in a virtual hospital ward where they can access equipment and practice performing tasks with a virtual instructor.”

People learn best when they are involved, and VR is the most direct way of actively engaging students with any subject matter. Placing people in new environments often evokes emotions, and these emotions help form strong memories. 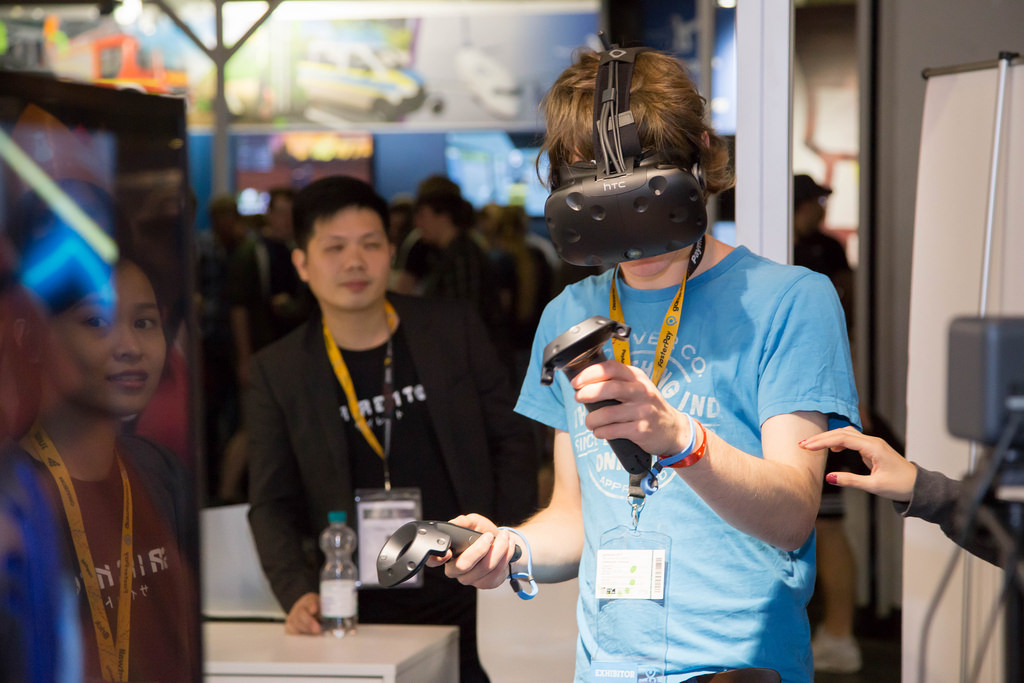 Just as Amazon disrupted brick and mortar storefronts, virtual reality is enabling the next quantum leap in retail. Although the state of portable VR technology is still evolving, some companies are pushing the envelope of what’s possible.

Alibaba is the largest online shopping site in China, and they are using virtual reality to fundamentally transform the shopping experience. In Fall 2016, Alibaba launched its Buy+ VR platform, giving users the chance to view virtual representations of a selection of products. The only equipment needed was a Google Cardboard VR headset and a smartphone. Within one hour of launch, 30,000 users had tried out the experience. A year later, Alibaba upgraded this platform by erecting a “virtual mall” in which shopper could explore offerings from six different retailers.

Appealing to the Senses

As part of its virtual shopping mall, Alibaba rolled out a new form of payment. VR Pay allows customers to make purchases within the virtual environment. They only have to look or nod at a product, and it is placed in their shopping cart. The user provides personal identification through voice print technology. They also have to input a password, which they can do by directing their gaze at a certain point for a specified length of time.

These sensory explorations are still in their very early phases, but Alibaba’s innovations suggest the shopping methods of the future. A few technologies need to become more sophisticated in order to make the virtual storefront comparable to in-person shopping. Gaze-based interfaces are beginning to be functional, but they still face design challenges. Haptic gloves, which allow users to experience tactile sensations with their hands, will inevitably become part of the virtual shopping experience.

To recognize the enormous power of VR’s emerging influence, one only has to look at the investment forecasts: IDC projects that global spending on AR and VR will rise from 2017’s $11.4 billion to over $200 billion in 2021. The ability to enter different realities may well become the 21st century’s defining characteristic, and this technology will transform every industry.