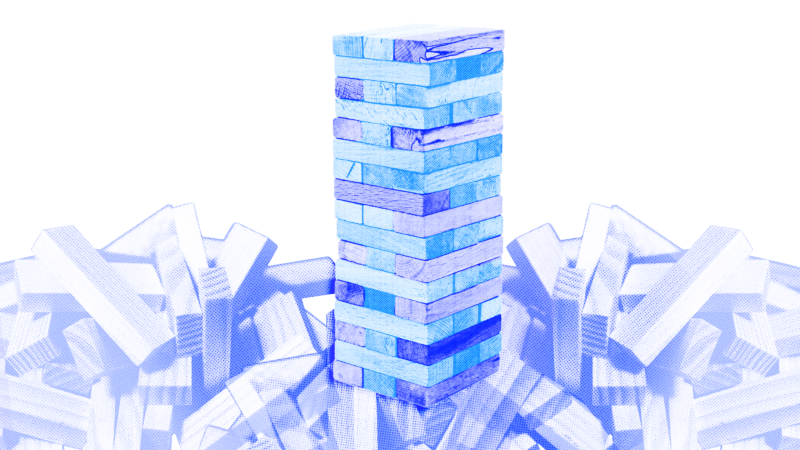 Android App Bundles (AAB) was launched at Google I/O 2018 and has since been adopted by many companies to reduce their app sizes. So, it makes sense to compare what AAB offers with Multiple APKs to see which tool is more effective and why.

AAB is a vast improvement over the previous multi-apk feature that required huge development efforts. Multiple APKs is a feature on Google Play that allows developers to upload multiple APKs based on pixel density, locale, ABI, API levels, etc. Android Developers documentation lists many rules that developers need to address before publishing APKs on Google Play.

A quick poll of Android Devs on Slack and Reddit revealed:‍

More than 60% people are using AAB for their production apps. Some people started to try multiple APKs but reported a higher degree of difficulty regarding maintenance.

To understand why AABs should be considered, it’s essential to look at the list of rules stated in the official documentation for multiple APKs.

All APKs you publish for the same application must have the same package name and be signed with the same certificate key. This is how Google Play will recognize it as a single application.

While using bundles, you simply add your private key to the Play Console, and that’s it. Google Play takes care of signing your APKs going forward.

Each APK must have a different version code, specified by the android: versionCode attribute.

While using multiple APKs, there is a lot to take care of when defining the version codes, and if done incorrectly, it can result in being unable to activate the APK on the play console, or users might not see the app updates. This is just a small list of what can go wrong just due to versionCode, taken from the official documentation:

Note: bundletool is an underlying tool used by Gradle, Android Studio, and Google Play to generate split APKs according to the variants. It handles the correct versioning of the APKs itself.

Each APK must not exactly match the configuration support of another APK.

This is an elementary mistake that can happen to anyone. Therefore, when creating multiple APKs, ensure that every APK is different from others in some form of configuration.

As bundletool is generating the split APKs for us, this problem can never surface.

Until now, you have seen the advantages that Android App Bundles have over Multiple APKs. But everything has its pros and cons…

Let’s compare the filters/configurations available when working with both:

Splitting the APKs based on OpenGL texture and platform versions is not available for now, but in the future, it may be.

There are some known issues with bundles that you can read about on the official documentation and [Google Issue Tracker](https://issuetracker.google.com/issues?q=Android App Bundles). So, you might want to investigate further to see if they can affect your product in some way.

Considering the above pros and cons, it seems that AAB is often the correct approach if you want to support different devices and reduce the size of your APK. Of course, there are some minor cons, but they should not be a deal-breaker considering many companies have already started using AAB in their production apps.