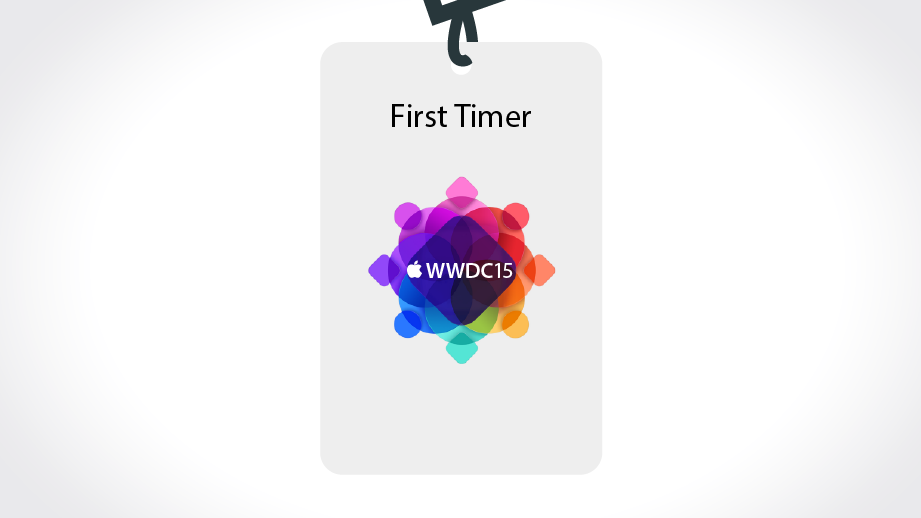 Confessions of a WWDC first-timer

I was lucky enough to have the opportunity to attend my first ever WWDC this year, and WOW, it was an amazing experience. Prior to the trip, I received a ton of advice on what to expect and how to prepare. I was even directed to multiple articles giving advice to a WWDC first-timer like myself. “How could a developer conference require this much preparation,” I thought. Turns out WWDC has its quirks and some of that advice was invaluable. On the other hand, there were some things I wish had known about beforehand. This year, 80% of attendees were at their first WWDC. That’s awesome and I hope that trend continues, because every Apple fan girl/boy deserves their week in Moscone. For all of you future newcomers out there, I’d like to share the advice I’ve received, whether or not it was true, and what I wish I knew.

The Keynote and Lines

The infamous Apple keynote was the only thing about WWDC I was familiar with, but previously, I always watched it from thousands of miles away on a laptop, jealous of all of those lucky ticket holders sitting in the audience. I certainly didn’t think the attendees just waltzed in and grabbed a front row seat, but I figured arriving a couple hours before the event would be plenty to get me inside. My imagination was so wrong, and I would have been miserable without some of the great advice I received.

My colleagues informed me that people will start lining up the day before, and you will need to be in line by 4 AM to get a seat in Presidio. Otherwise, you’ll be in an overflow room watching a live stream. This turned out to be a bit of an exaggeration, people who lined up later still easily got seats, but as expected, the earlier you line up, the better your seat. I was also surprised to find that this massive line is outside, in San Francisco, in the middle of the night–otherwise known as very very cold. I brought a winter jacket, scarf, and hat and have no regrets. Prepare well for your time in the Keynote line and it will be much more bearable. If you’re at WWDC alone, make friends in line. Being able to make a coffee run and have your spot saved is a game changer.

I was a little scared hearing about this line and all the others that were to follow that week. I imagined a scramble and having to fight for your spot. However, I was pleasantly surprised by how calm and respectful the lines were. There was no chaos amongst thousands of eager developers, which was a relief.

I received a lot of tips on how to handle the information overload. One was to take notes, and so the first couple days I took very detailed notes, but I found that to be distracting. The PDFs of the presentations are all posted online, so my recommendation is to take notes of what you want to look into more and any interesting commentary from the speaker. The videos are posted too, but rewatching them is much more time consuming than taking a few useful notes the first time around.

Another useful tip was to not be afraid to skip a session. Sometimes your brain needs a break, and you’re better off spending your time doing other things. Since the videos are all online, you can always watch them later when you’ve recharged. The last couple days, I skipped a session in the afternoon and worked on demo projects for some of the new APIs. This was also a good opportunity to find questions to ask the Apple engineers in the labs.

As I mentioned before, the session videos are all posted online, so it was fairly unanimous advice that going to the labs was what made WWDC so valuable. The labs are where the Apple engineers from different teams are available to help developers. I was under the impression that you had to have a specific code example with a specific problem to get help at the labs. This deterred me from going to the labs earlier in the week. I wish I had known that the Apple engineers are open to having general discussions and answering your questions, code or no code. Even if you’re nervous like I was, I can’t urge you enough to spend time in the labs.

The first thing everyone mentions when they talk about the gender disparity at WWDC is the bathroom line, which is normally non-existent due to how few women attend the conference. There were a few bathroom lines, but overall the gender disparity was memorably humongous. I was already passionate about closing that gender gap, but I had no idea how much it would affect me to see how few women were represented amongst the thousands of developers. My advice to all of you Apple fan girls out there is apply to WWDC and help grow the bathroom line.

There is a whole application dedicated to WWDC after-parties, aptly named Parties for WWDC. I only found out about it a couple days before the conference, and at that point the best events were already sold out. Check out this app early next year and make sure to RSVP to the popular events you want to attend. Most company sponsored happy hours were not enforcing RSVP only, so don’t fret if you’re on a waitlist for one of those.

There was a lot of talk about free t-shirts, so much so that some of my coworkers packed lightly just to make room for all the freebies, however, I received no free t-shirts. I wasn’t even offered any. San Francisco is COLD in June, pack accordingly.

Don’t catch the WWDC flu. It’s real and was rampant. I–thankfully–managed to avoid it. Drink lots of water, get enough sleep, and buy some hand sanitizer. It sounds like a joke, but thousands of people in close quarters in a predominately carpeted building leads to real germs everywhere. Take care of yourself.

Also, the scholarship students are awesome. It’s amazing to see 12-years-olds geeking out about the new Xcode. If you know a student who has an interest in developing Mac/iOS applications, encourage them to apply. I wish I had known about the student scholarship while I was in school.

WWDC was an incredible experience and all of the crazy advice you hear will likely come in handy, so listen up, take care of yourself, and have a great time! I hope I’ll get to attend another WWDC and take my own advice into account.