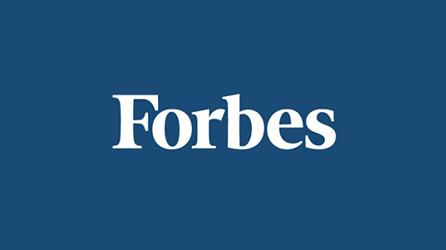 Instagram is the undisputed champion of mobile photography apps. It’s worth about $739.25 million (to Facebook at least) and is nearing 100 million users, with a new one added every second. The social, photo platform shows no signs of slowing down, and even as Instagram’s eye-catching filters captivate amateur photographers everywhere, it’s still worth asking: what could come next?

Earlier this month I wrote a piece about the comeback of animated GIFs — you know, those flipbook-like moving pictures. While looking into the resurgence of this medium I came across a number of app developers who are taking the features that made Instagram huge and applying them to GIFs.

So I brought my question to a man whose job it is to spot trends like this, specifically on a mobile platform. I spoke with John Arrow, the CEO of Mutual Mobile, a consulting company that works with brands to build applications.

He’s familiar with the animated GIF comeback, as you would hope someone in his line of business would be. Arrow said the GIF is a salient, valuable medium that can tap into the market between still photos and video.

“There were 30 seconds that I had where I got distracted and could watch an animated GIF,” Arrow said. “That’s an area of time throughout our day where there’s not a good medium right now, and animated GIFs could certainly occupy that.”

The GIF is a way to share an experience or to make someone laugh and even to communicate with grandparents because of how accessible the format is, Arrow said.

The problem is, though, that Instagram has these millions of users who are dedicated to sharing images through its social platform.

For GIF applications that are using the social Instagram model, Arrow said it would be very difficult to get users to switch to sharing content on a different platform.

A better idea would be to create a place to curate GIFs, like a YouTube for GIFs, Arrow said. I actually typed YouGif.com into my browser after hearing this, because it sounded like such a cool idea, and the domain hasn’t been claimed yet.

With all the GIFs floating around on forums and blogs imagine if they could be gathered into one searchable location?

Another problem stopping the animated GIF from being made casually by every person with a smartphone is the time that goes into creating one.

Even though I would consider myself functionally literate when it comes to technology, I had a bit of frustration trying to use one of these animated GIF apps. To get the GIF to look like what your inner artist imagines takes a bit of work and time. This is something technology users, mobile users especially, don’t have.

“People want something that’s simple,” Arrow said. “You have to strike the balance between functionality and simplicity, and I think Instagram struck that balance.”

This is the number one reason that people abandon apps, Arrow said.

Being slightly more complex to create than a photo doesn’t need to be the downfall of the GIF though, it can be a strength.

Arrow said on Instagram there is a one to one split of producers and consumers, but with the GIF there could be many more consumers than producers. With this ratio, a few GIF creators could make high quality GIFs for everyone else to browse and look at — almost like a gallery. This is getting back to his theory of a YouGif.com, which is just sounding better and better.

To boil all this down to the simple yes or no question I asked in my headline, no, Instagram will not be dethroned by animated GIF apps.

That’s not to say the GIF has no future, though.

GIFs won’t beat Instagram by trying to be Instagram, but they can be on the same level if they find a different vehicle. If app developers do that, mobile GIFs might be worth $739.25 million to Facebook in the near future.