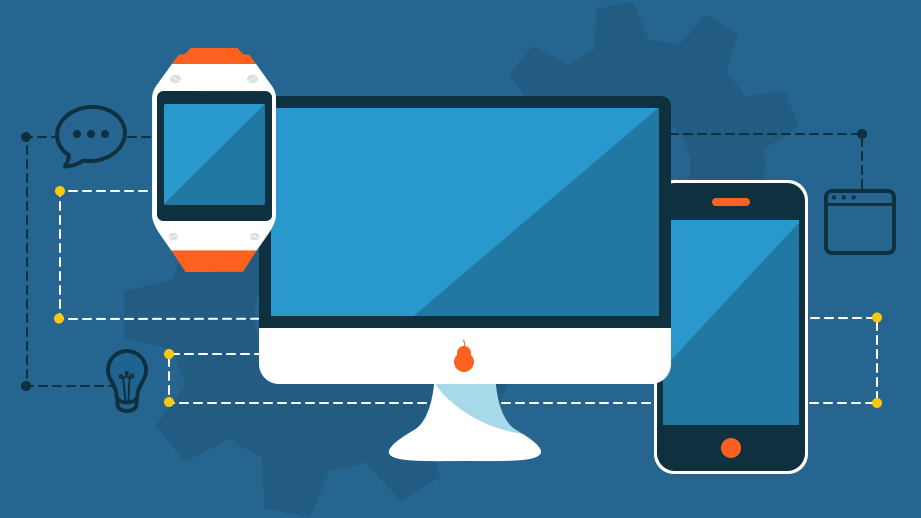 Do “Things” in the IoT Have Needs?

A recent article by Jim Hunter on TechCrunch titled “The Hierarchy of IoT ‘Thing’ Needs” was a fascinating anthropomorphic look at how to think about the IoT. His argument is “that we should start treating these “Things” more like people — not in the sense of giving them the right to vote and the responsibility of paying taxes, but in the sense of thinking about them the way you would think about an employee hired to fulfill a specific function. Our perception of smart “Things” needs to be “people-ified,” if you will.”

The pyramid diagram below, fashioned after Maslow’s hierarchy of needs for humans, highlights and hides the challenge of working with a “thing”-centric approach, even couched in human terms, with technology. 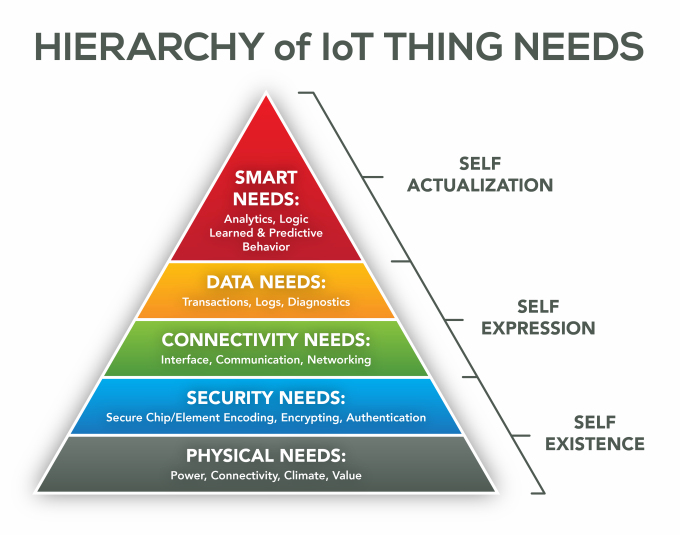 Even as an organizing principle, having “value” as a physical need when it is the only relationship to human use in the pyramid, is worrisome in terms of a non-AI future. Not to be a Luddite, but if value (as in useful) to humans doesn’t infuse the pyramid at all levels, it simply won’t be adopted. Often, the availability of the newest technology is demonstrated in ways that have no long-term human value.

For example, in the early days of the internet, a video camera focused on grass growing remotely was a popular but short-lived phenomena. It wasn’t until security systems adopted the technology that it became widespread technology. Human need is the only successful pro-creative force for the IoT.

Jon Kolko, in his recent Harvard Business Review article, explains it this way: “I could list a dozen other types of complexity that businesses grapple with every day. But here’s what they all have in common: People need help making sense of them. Specifically, people need their interactions with technologies and other complex systems to be simple, intuitive, and pleasurable.”

As advocates and practitioners of human-centered design, we counsel clients who can fall in love with the new, new thing to focus first on truly knowing their customers’ needs before asking for a “thing.” In other words, without a shared human and “technology thing” value validated by end-user research into real human needs, the virtual needs of technology are a waste of client’s time and money. The conversation that begins with “we need an app” is an opportunity to take a step back and ask what business challenge is trying to be solved.

A recent Google/Ipsos research report supports this: “38% of consumers surveyed said they’re likely to download an app when it’s required to complete a purchase. Once they’ve completed that purchase, however, half will uninstall that just-downloaded app and move on.”

When designed with humans in mind, the IoT is a powerful vision of the future that we hope creates a more self-actualized human population as the IoT’s needs free us to forget “things.” Ideally, the IoT disappears the way electricity has disappeared; it becomes a commodity rather than a “thing.”

In his book “Entangled: An Archaeology of the Relationships between Humans and Things,”

Ian Hodder points out, “Certainly human-made artifacts are not isolated because they, by definition, rely on humans…. A house wall needs a roof if the human need for shelter is to be fulfilled, a bath needs a plug, a sail needs a mast.”

That being said, successful IoT design must focus first on who humans are before the technology solution is built. At its most mundane, we call it product definition; at its best, value fulfillment.