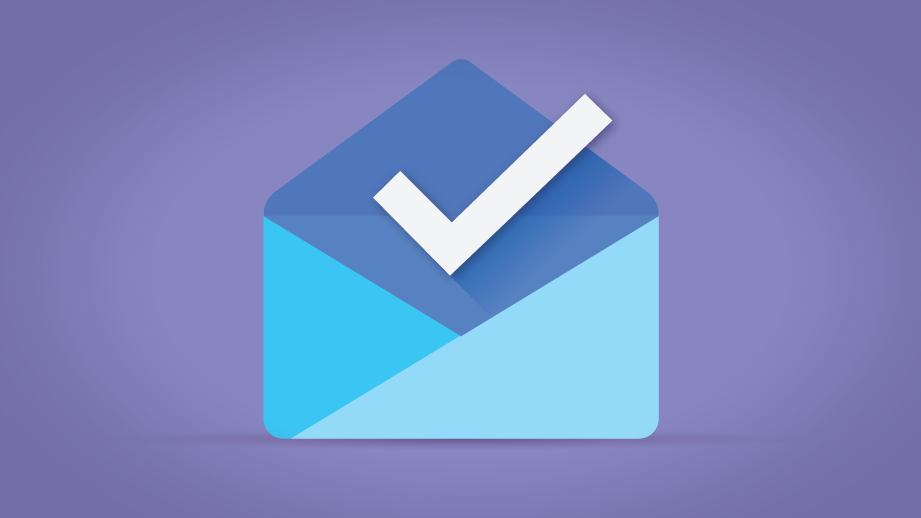 If you are anything like me, you hate email with a passion. So when Google announced Inbox, it was only natural that most people who share my feelings flocked to the Inbox Happy Hour for early access. From a high level, Google Inbox looks similar to other solutions like Mailbox, however, Google has tried to go the extra mile and integrate some smarter features that will make checking your email less of a hassle.

The core of Inbox is really about getting email out of the way until you need it. Google accomplishes this by leveraging contextual software like Google Now to help group messages and give them the correct prioritization based on your content. Secondly, Google has made gestures a large part of how you interact with the Inbox messages–like many other email disruptors. Lastly, Google helps give you the most pertinent information up front. Take their category packing, for instance. Google gives you the information you need to know from a high level, which means less parsing through unnecessary data. Initially, Inbox is broken into the following core components: Bundles, Highlights, Reminders, Snooze, and Pinning.

Google has basically given folders a new coat of paint and called them Bundles, which greatly simplifies the process of filtering messages. Creating a folder in Gmail is one thing, but getting messages into that folder requires some qualifying filters that help Gmail know what messages go where. Even still, a copy usually ends up in the main inbox of your Gmail, creating more clutter. 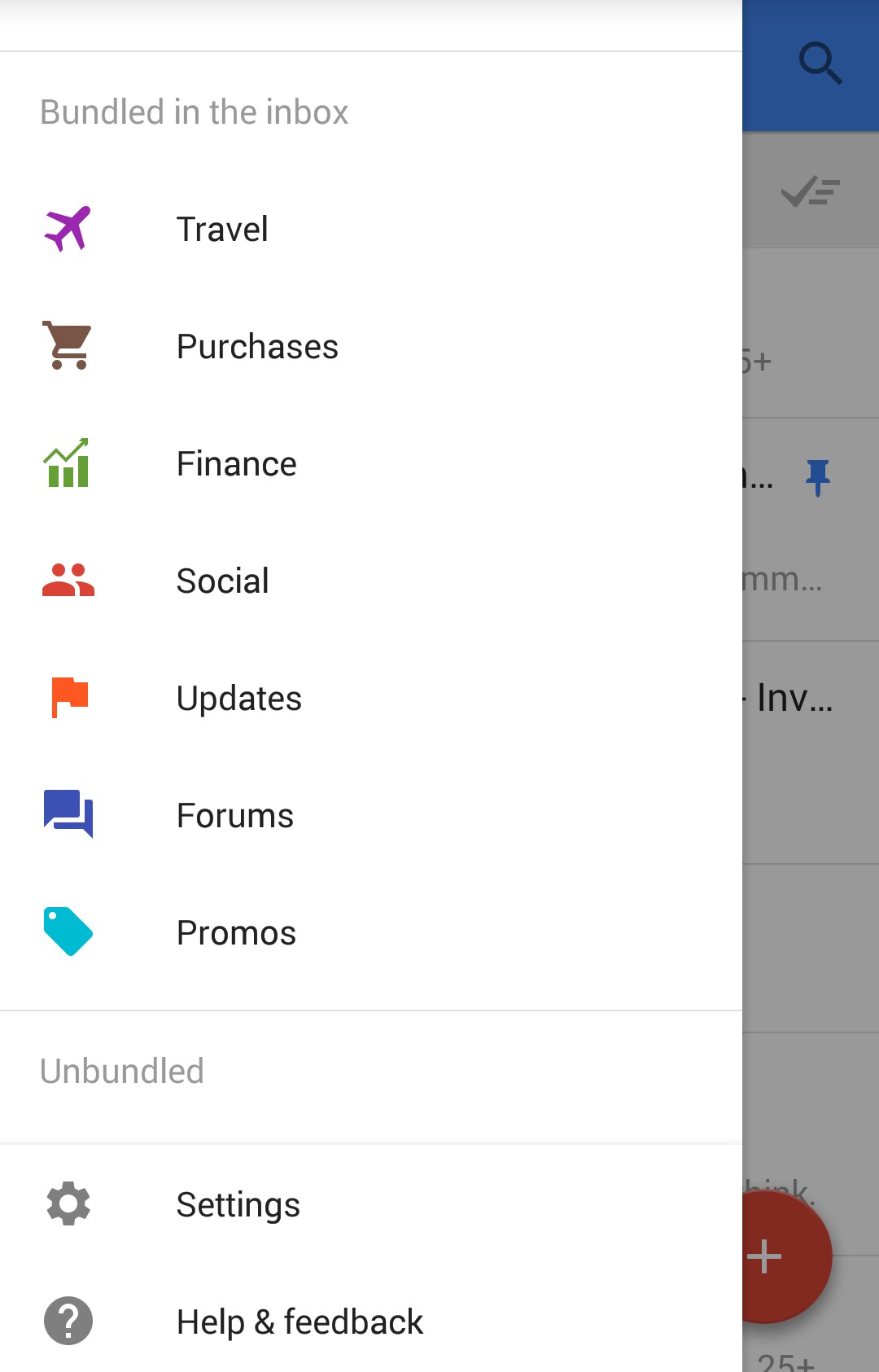 In Inbox, setting up a Bundle is as simple as naming it and dragging an email over to that Bundle. After that, Google does its best to direct the right emails into that Bundle. The nice thing with Bundles is not only can you categorize emails into nice silos, but you can also adjust when emails arrive in a Bundle. If you want all your emails of a certain Bundle to show up at 7:00 PM every day, it’s as easy as flipping a switch. Bundles are super easy to use and really awesome for allowing you to set up uniform ways of dealing with groups of emails.

Highlights are a really awesome way of limiting how many emails you have to open to get basic information. I can’t tell you how many times I have had to dig through hundreds of messages just to get one piece of information out of my email, like a flight confirmation or UPS tracking number. Highlights take emails like this and pull out the right content so you can find exactly what you need to know in the list view without ever having to open the actual email. 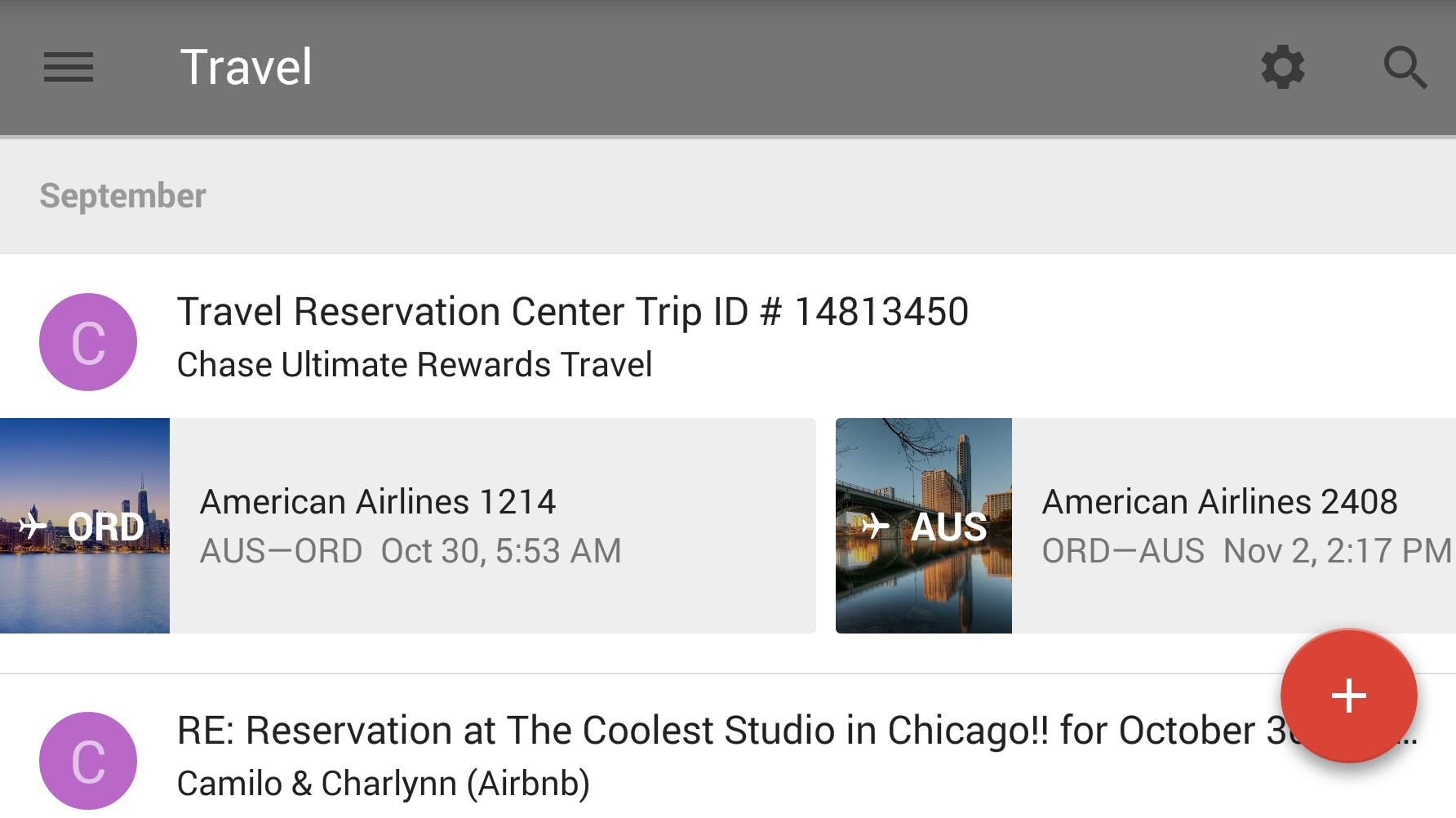 With emails where information may change (packages, flight status, etc.), Google gives you one click access to the up-to-date information regarding those emails. This is where Inbox has taken a queue from Google Now. Why sift through tons of text to get out-of-date information when you can get exactly what you want right when you need it? This is brilliant, I can’t wait to see this in action when I go see Interstellar at my favorite movie theater (shout out to Alamo Drafthouse, you guys rock).

This is an area Google has dabbled in, but until now, I’m not sure they have really put much importance behind it. With Inbox, Reminders have become more of a first-class citizen. Reminders, some may or may not know, is Google’s second attempt at trying to help with task-related events. As you would imagine, Reminders is a way for you to create tasks that can be time or location sensitive. 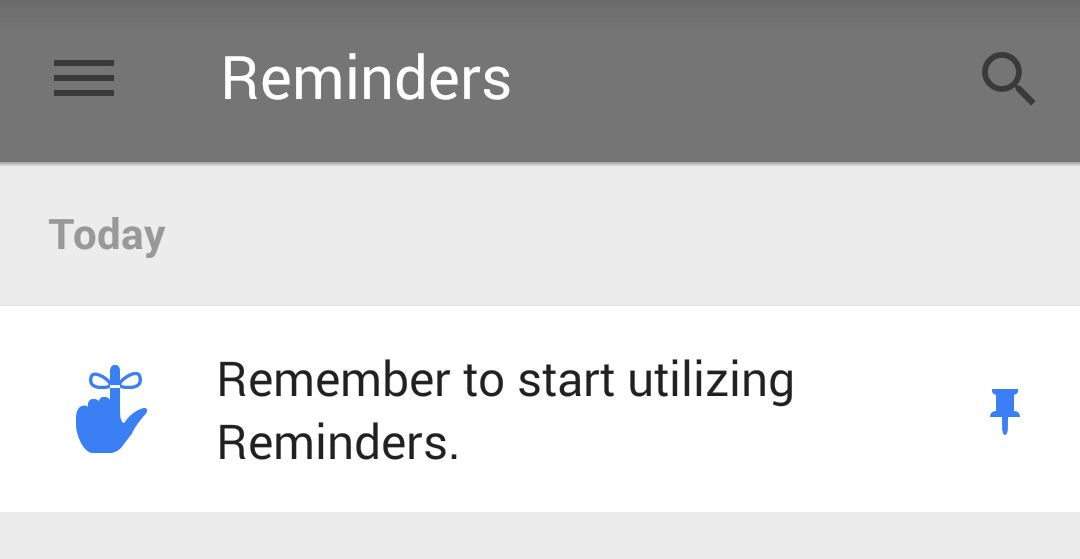 I am still not sold on using Google for tasks, purely because I want a better way of bundling tasks. I still use Todoist for work related tasks so I can clearly separate items by project or function. Having said that, I have started using reminders for personal tasks, because it simplifies things like making reservations by getting numbers and operating hours for me without making me switch apps. This is not a revelation, but it is a serious time saver.

Snooze is the most common feature among apps like Inbox. Snooze is exactly what it sounds like; you can snooze an email or bundle to show up again at a different time when you are ready to handle that email or emails. Snooze allows you to decide not only if you want it to be snoozed until a certain time, but you can also snooze emails until you get to a certain location (only available on the mobile app). There really isn’t much to say about Snooze that you can’t pick up from its name. Still, it’s a phenomenal innovation and really useful for day-to-day email usage. 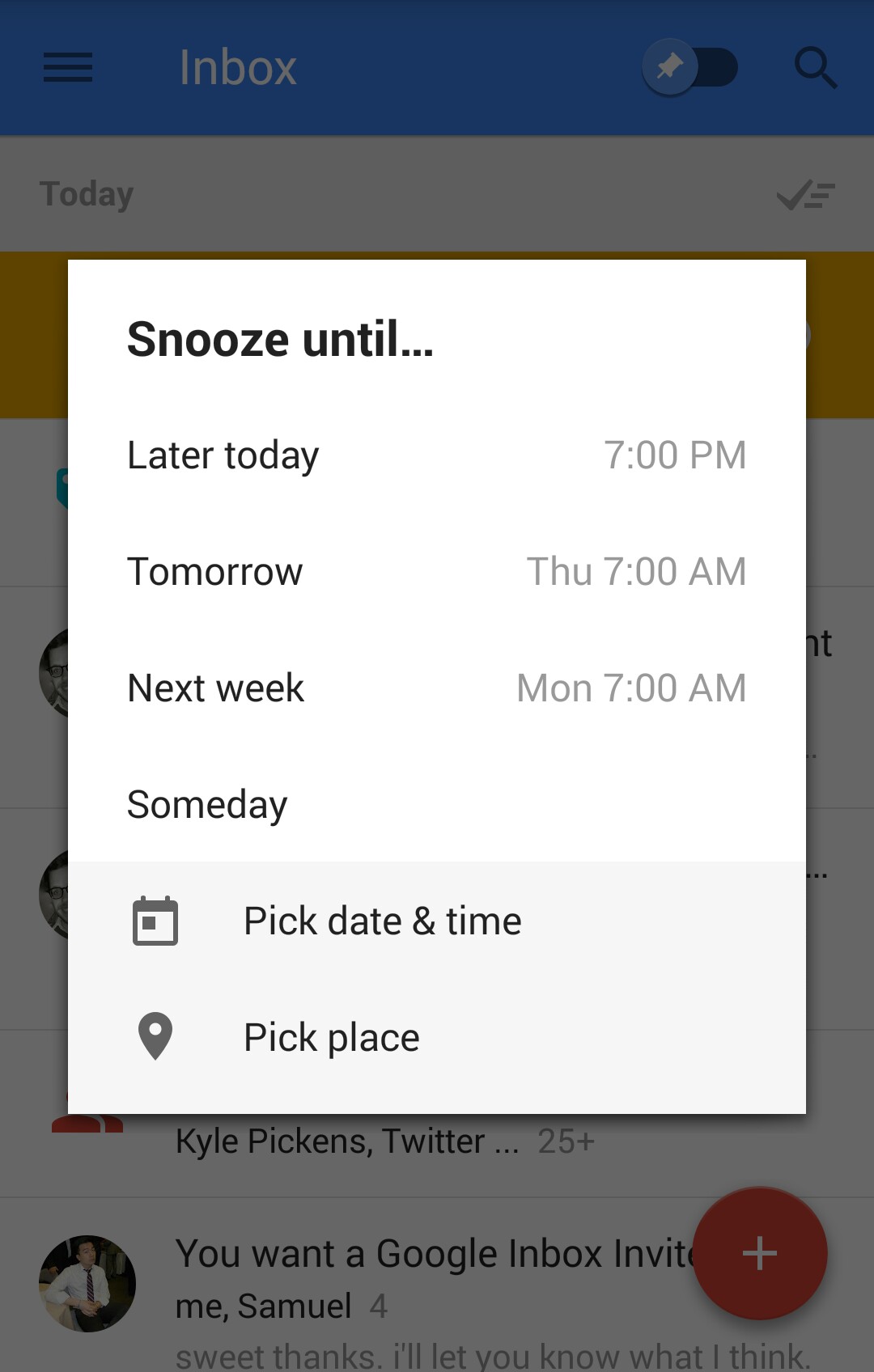 Pinning is very similar to email starring, with one major difference; pinning a message keeps that message visible and in your inbox despite actions like clear all. This is a great feature for those that want to keep super important messages up front and visible until they are done with them. This means that you can clear your messages without risk of losing the visibility of the messages you have pinned. Pinning is also a first-class citizen in Inbox, and because of this, they have given you a separate tab where you can see all of your pinned messages in one single place. I have loved pinned messages for travel plans, movie tickets, and basically anything I don’t want to have to sift around Gmail trying to find when I need it.

As you probably already know, Google announced Lollipop (the next iteration of the Android OS) a few weeks ago. With Lollipop, Google made a point to reimagine the UX and UI of its software for mobile and web. This new design paradigm is called Material and Inbox is chalk full of its core principles. The most noticeable to me is the floating action button at the bottom right of the app. 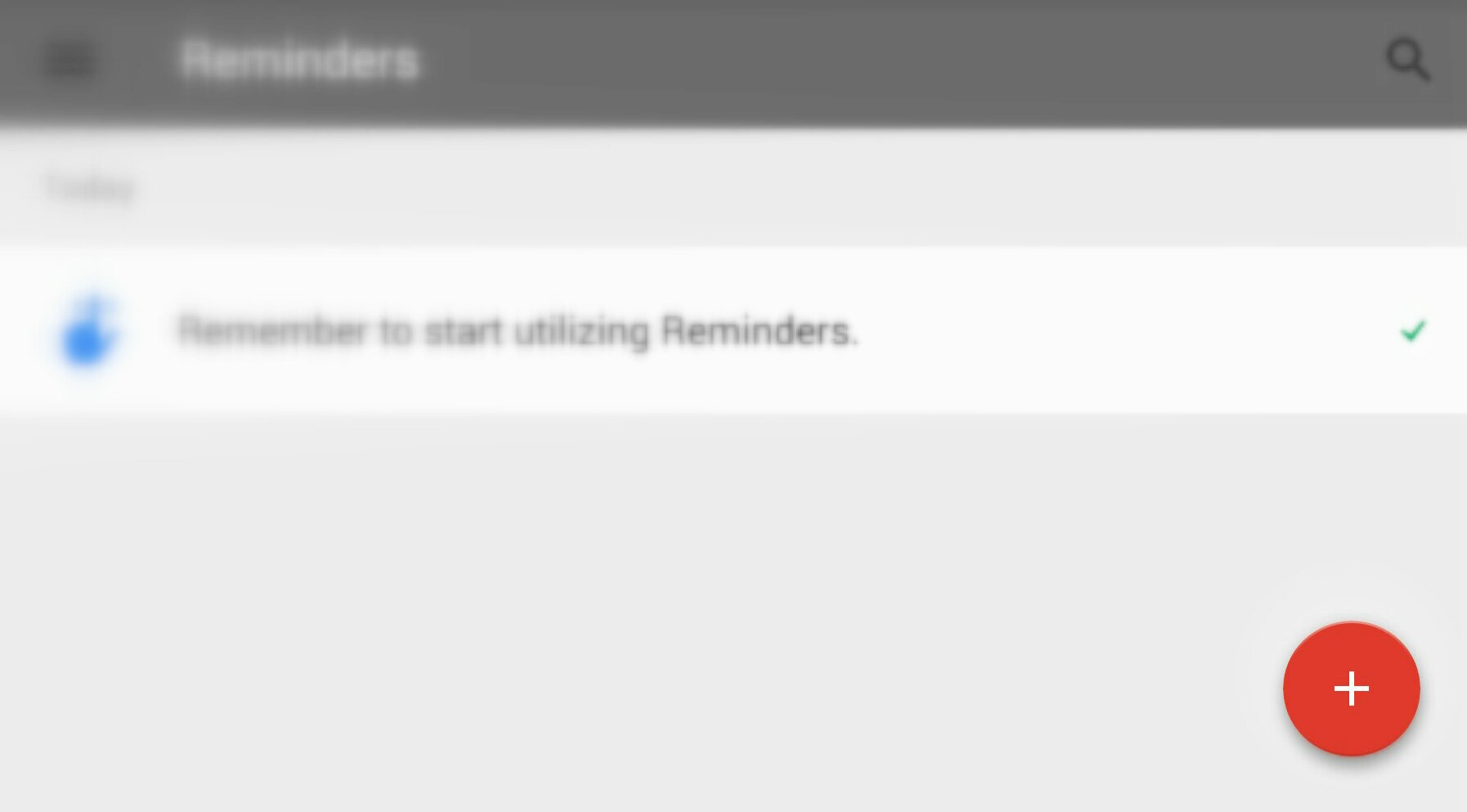 This button puts quick actions right in the user’s reach and includes animations that show how a button transitions from action to action. Animations are a key part of informing the user how interactions change the look and feel of the app, and Inbox does just that. Having not seen the source code, I can’t be 100% sure of this, but I have a feeling that Google made good use of some of the new widgets that are backwards compatible through the support library.

I believe RecyclerView is the underlying widget around the list of emails. This is basically ListView 2.0 which allows for more flexible ways to handle mass amounts of data as well as creating easy APIs to replace content in views. The power in RecyclerView means that Google could potentially use one view to handle different data sets, while easily animating the data in and out. My guess is that we are looking at an app that has one RecyclerView for the entire app.

To be honest, most Android developers have been doing things like this for a while, but RecyclerView operates by putting performance and reusability first, so it means it easily handles large datasets while requiring less views, and thus, less memory. If my assumptions are right, when Google starts trying to distribute information to developers on why to use the new support library, they will point to apps like Inbox that use minimal code to handle maximum amounts of data.

As anyone who develops for Android will tell you, Z-ordering items can be a pain. Lollipop has come to the rescue by introducing the concept of z-ordering/position, as well dynamic lighting. Finally, we can easily order views in the z space instead of using cheap tricks. The dynamic lighting means that as objects change their z height, you will be able to notice the changing shadow effect as these objects get closer or further away from the light source. The problem with it only being in Lollipop is that, once again, there is no direct way to have this dynamically change on past versions of Android. However, this is not a blocker. It just means we developers can ask our designer friends to make us some ninepatches or comps that have this shadow built in to the images. If you aren’t super lazy and don’t need to create tons of shadows, you can even achieve this programmatically using drawables. It isn’t as playful and fun as dynamic lighting, but it allows you to accomplish the same overall effect.

I really don’t have too many gripes with Inbox, however, one big thing that’s currently missing is support for organizational email accounts. We use Gmail at Mutual Mobile, and I have to say, at least 60% of my email woes are due to emails I get from my work account. Right now I have about thirty fairly complex filters that I have spent a decent amount of time creating just to make sure my inbox doesn’t swallow me whole. The lack of organizational accounts truly means I don’t get to test Inbox to its best capacity.

Not having this support out of the box makes me a little peeved. Now I understand that deploying code to run for all your paying customers could be a huge risk, so it make sense that they hold off, but I REALLY want this feature. I also think this may be due to the fact that Google has no clue where Inbox truly fits in. Hopefully, as time goes on, we will see more support or a more clear roadmap for Inbox.

Another slightly weird thing that Google mentioned when they released Inbox was that it wasn’t supposed to allow you to break completely free from Gmail. They actually went as far as suggesting that you run both Gmail and Inbox. This is not only weird but also a bit unnerving. You mean to tell me that I need to use two apps for something that has been done with one? I personally cut off auto sync from my gmail app so I didn’t get double the notifications and use double the data. I hope that we will soon see Inbox functionality migrate to Gmail, or else I fear email with Google might suffer a severe identity crisis.

Overall, I love Google Inbox. Features like Bundles make the app more useful to me than any of its predecessors. For the time being, I believe it is the best email experience out there. Inbox is proof that Google is capable of breathing life into platforms that have had minimal updates in their existence. It is also proof that Google is taking its new design principles extremely seriously as an entire company. It will be interesting to see what the future holds for Inbox. If you were lucky enough to get a golden ticket, you are probably much happier dealing with email these days.