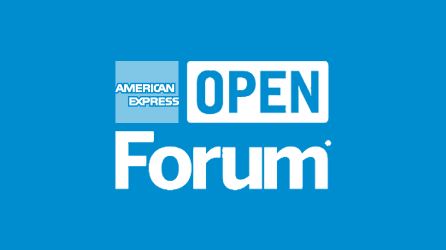 At the end of every year, Austin, Texas-based Mutual Mobile holds an all-hands meeting to discuss the previous year and announce goals for the upcoming year. During these meetings, there’s a high level of seriousness as the entire company takes in the message from leadership.

As 2014 came to a close, the leadership team at Mutual Mobile, which creates custom mobile software for businesses, decided that instead of talking, they’d host a pitch contest for employees to present their dumbest startup ideas. Participants were required to get on stage, announce their ideas, then make a compelling case for their idea through pitch decks and presentations. Whoever was able to sell their dumb idea simply through a savvy sales pitch would win.

What made executives shift from their usual way of doing things and host a “dumb startup” idea contest for their employees? Their answer: Innovative teaching leads to innovative thinking.

Power of the Counterintuitive Innovation

In 2014, Mutual Mobile was named one of Inc.’s fastest-growing companies in America. To continue on their fast-growth track, leaders at the company knew their employees needed to have the ability to look at and think about situations in an unconventional way.

The point of the dumb startup pitch contest wasn’t to see who could come up with the dumbest idea, but rather to challenge employees to think about effective ways to pitch or sell their ideas. The reasoning was that making a case for a good idea isn’t so tough; it’s making a case for the bad ones that requires creativity and forward-thinking tactics.

“It’s still intimidating to get up in front of the entire office—on a stage—and put yourself out there. So [the participants] were really excited about the idea of the dumb startup idea, because while they were still challenged, they didn’t have to put themselves out there in a way where they’d have to worry about rejection,” says Tracy Owens, a project manager and leader of the company’s culture group.

“It was a way for people to practice the art of selling no matter how ridiculous the idea might be,” Owens adds. “It’s also a break from what we do every day. We’re always collaborating and coming up with fantastic ideas … this was sort of a spin on ‘Since we come up with good ideas all the time, let’s try hard enough to come up with bad ideas that can actually sell.’ How would you pitch it? It’s really hard—and really challenging to be smart enough to do that.”

In the real world, things won’t always go your way, and there’s a lot of pressure to make things work with what you’ve got, Owens points out, and with all the strain, sometimes the harder you try, the harder it is to see the solution. While coming up with their worst ideas and putting together their pitches, participants had to work together and think about business strategies in a different way. Because this was a side project that didn’t affect their jobs, Owens suggests, they were able to exercise and push their minds without the normal pressures associated with work.

Impact of the Culture Club

Fostering an innovative culture at Mutual Mobile wasn’t always this smooth. A few years after Mutual Mobile opened its doors, it was apparent to company executives that they had somewhat of a morale issue. They were having a problem with employee retention, and to get to the bottom of the issue, management decided to have open-door sessions to encourage employees to share their thoughts and struggles.

“I think there was a really loud and clear answer that culture was an issue for us,” says Samantha Cruz, a senior marketing manager at the company who’s also involved with the culture group. “We’d grown really quickly and sort of lost sight of our original culture. Our executive team realized that the best way to form a solid culture was to have more of a bottomless approach to it. Hearing employees voice their ideas about what really matters and what’s valuable to them was critical to our company because what’s valuable changes.”

That was the beginning of the company’s culture group, which formed in the spring of 2014 and held its first official meeting at the end of July. One of the first events the culture group hosted was an all-day hackathon where employees came up with ideas and the company voted on which ones they wanted to take to the next level.

“When we started, we had a very simple budget,” Cruz says. “Executives wanted to see how it went, and over a short period of time, they upped that budget. Now we have a huge group of people participating and they’re all doing it in addition to their regular responsibilities.”

Since the launch of the culture group, Owens notes, employees seem more collaborative and confident, and many have expressed an increased satisfaction at work. When a company invests time and money to develop its employees, Owens claims, it can find that when faced with obstacles, employees will be able to come up with innovative solutions on their own because they’ve been trained to do so.

As your company grows, facing increased competition and setting steeper goals, your employees need to grow with it. They need to think more strategically, develop more innovative tactics and learn to work collaboratively. But these changes won’t appear on their own.

If you want to scale your business, you need to help your employees think differently, and they, in turn, will help your company stand out.