The Internet of Things

The Internet of Things is changing the face of industry and bringing new benefits to consumers by connecting machines, devices, wearables, vehicles, home appliances, and just about every other electronic device. In fact, McKinsey & Company estimates that IoT could generate anywhere from $3.9 trillion to $11.1 trillion in value by 2025. Connected machines are already making positive waves in factories. In the home, IoT-enabled lights and door locks, for example, allow users to customize settings with their smartphones and other devices. 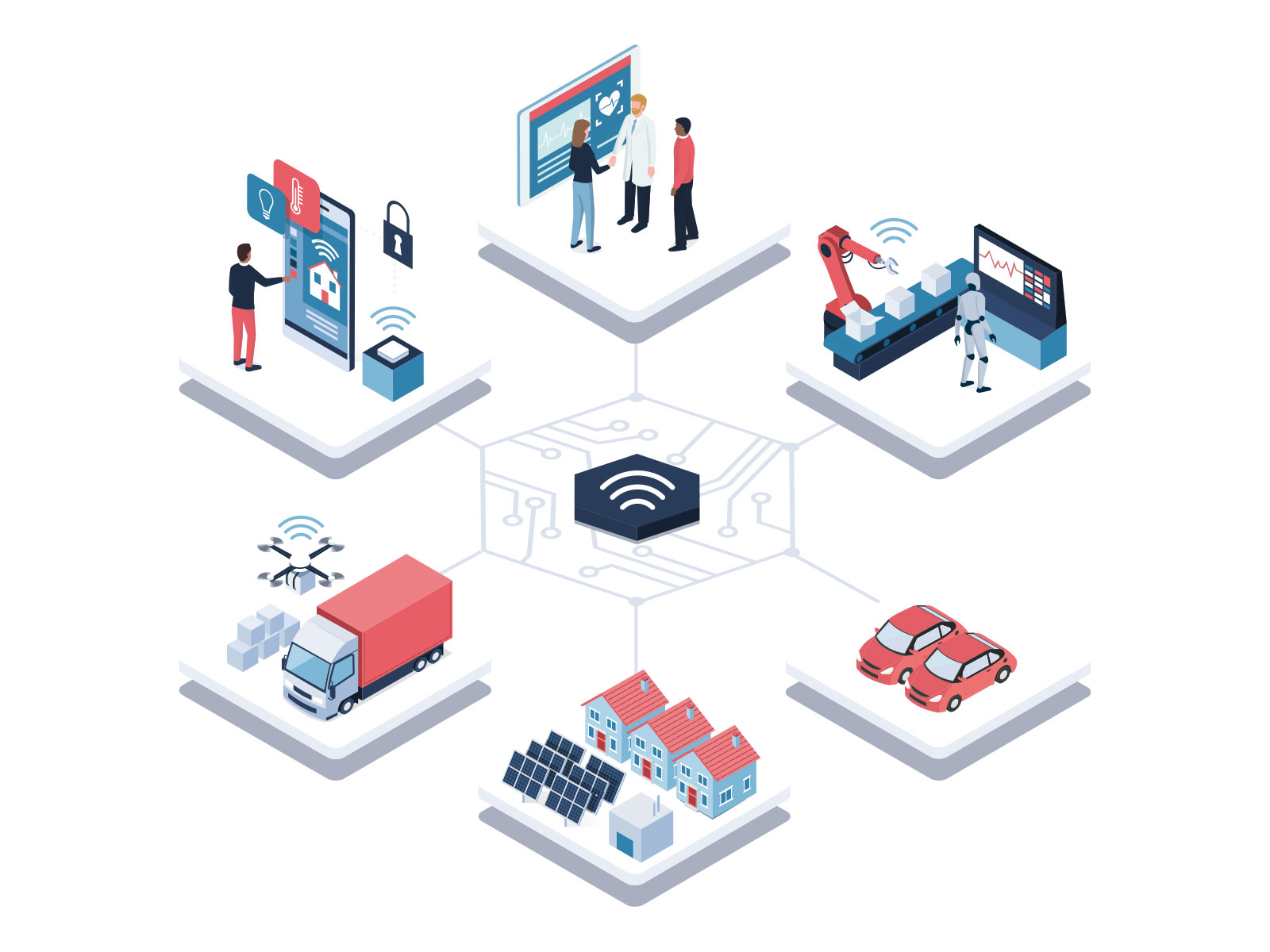 “We’ve really gone through the first phase of technology,” explains Thaddeus Ternes, Senior Technical Director at Mutual Mobile. Now, “It’s a new era of possibilities, where either the cost of the products or the associated services is to a level where they’re now approachable for average consumers.” And that means IoT can start to realize its full potential as something greater than the sum of its parts.

The shift is already happening, says Ternes, and industry is leading the way.

Industrial IoT is a big deal for businesses, with a multitude of benefits that range from cost savings to new services. Gartner expects businesses to deploy 4.1 billion connected things in 2018, with that number expected to increase to 80% in 2020, to over 7 billion. 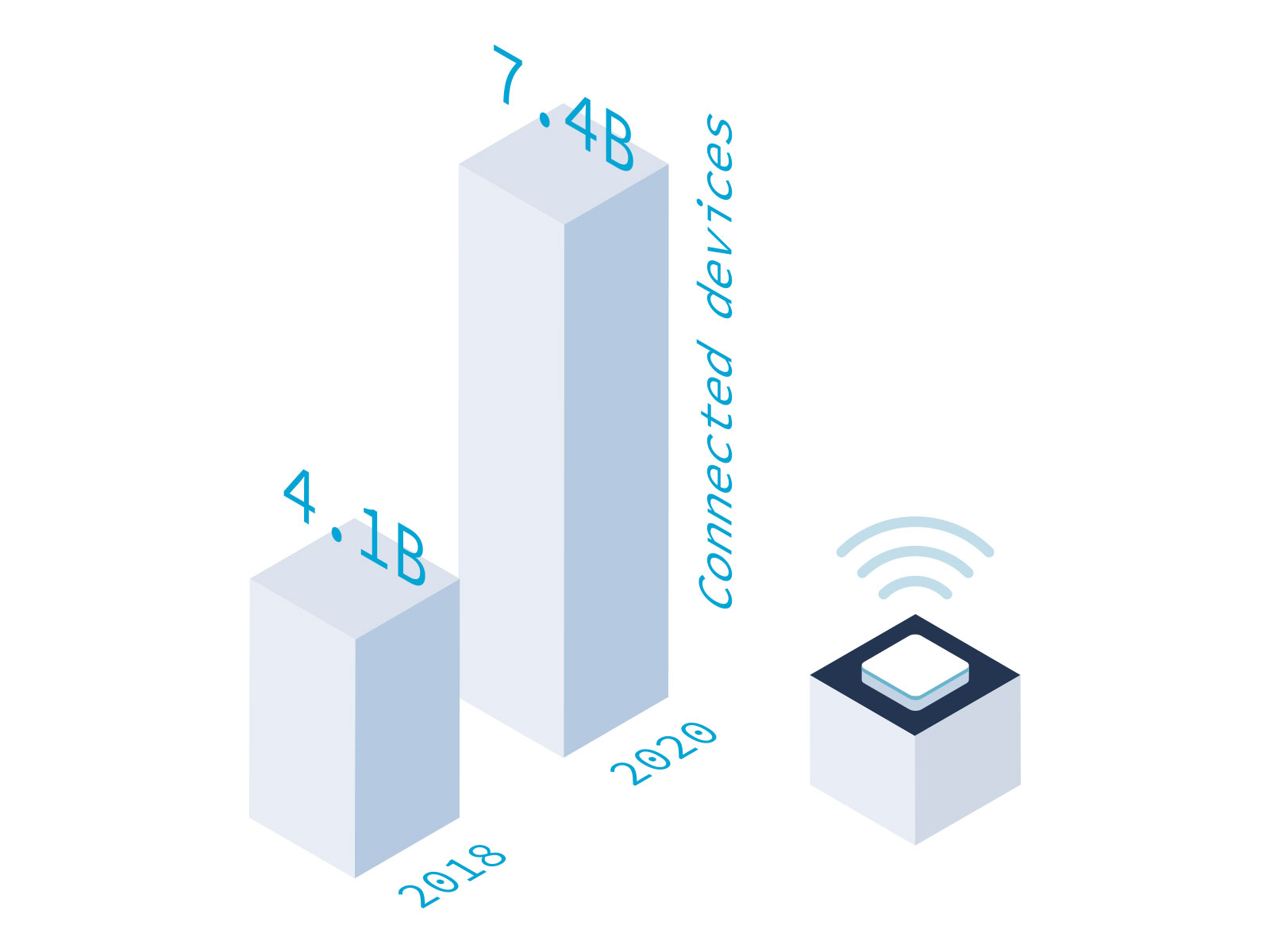 The benefits of industrial IoT is also expected to extend to all phases of manufacturing, energy production, and finance. Vertical markets anticipating the largest impacts include:

Thanks to IoT, manufacturing and power plant managers can now stay in the loop on the status of machines and production even when they themselves aren’t on the production floor. 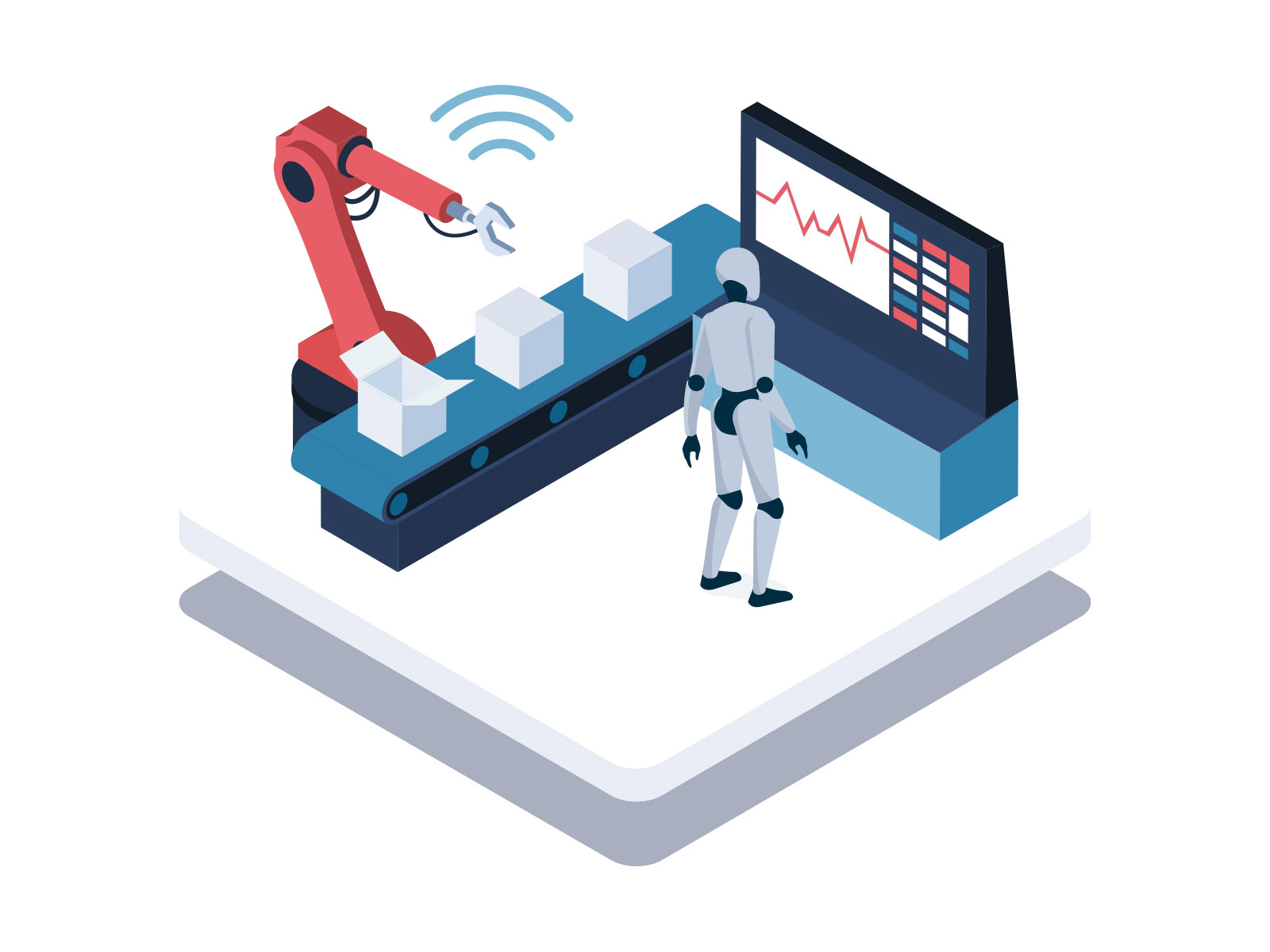 If an oven baking snack crackers at the end of a production line starts to overheat, for example, an IoT sensor can send an alert to a plant manager’s smartphone

so that she can get a technician working on the problem before losing an entire production run, saving both time and money.

Energy production often now relies on the same kinds of IoT-enabled remote monitoring to keep services and energy loads consistent across the grid. The ongoing adoption of renewable sources that generate electricity only when the sun is shining or when the wind blows makes IoT-enabled monitoring and controls especially attractive to utilities. Such control systems can even ramp up or dial back electricity generation in response to changing market prices.

The benefits of IoT to industry extend to analytics that drive production efficiencies through optimal use of energy, materials, and labor. Predictive maintenance enabled by sensors and algorithms that anticipate when machines will fail allow technicians to take them offline on planned schedules, before emergencies force costly unexpected shutdowns.

Distribution centers, too, leverage IoT for faster, scalable service. Amazon’s autonomous robots pick stock and drive it back to stationary workers for packing. A host of other distribution center robots is making its way into warehouses around the world. For example, the robots of Fetch Robotics work for customers such as shipping company DHL in the Netherlands, where workers load robotic carts and press a button to send them on their way to loading docks automatically. 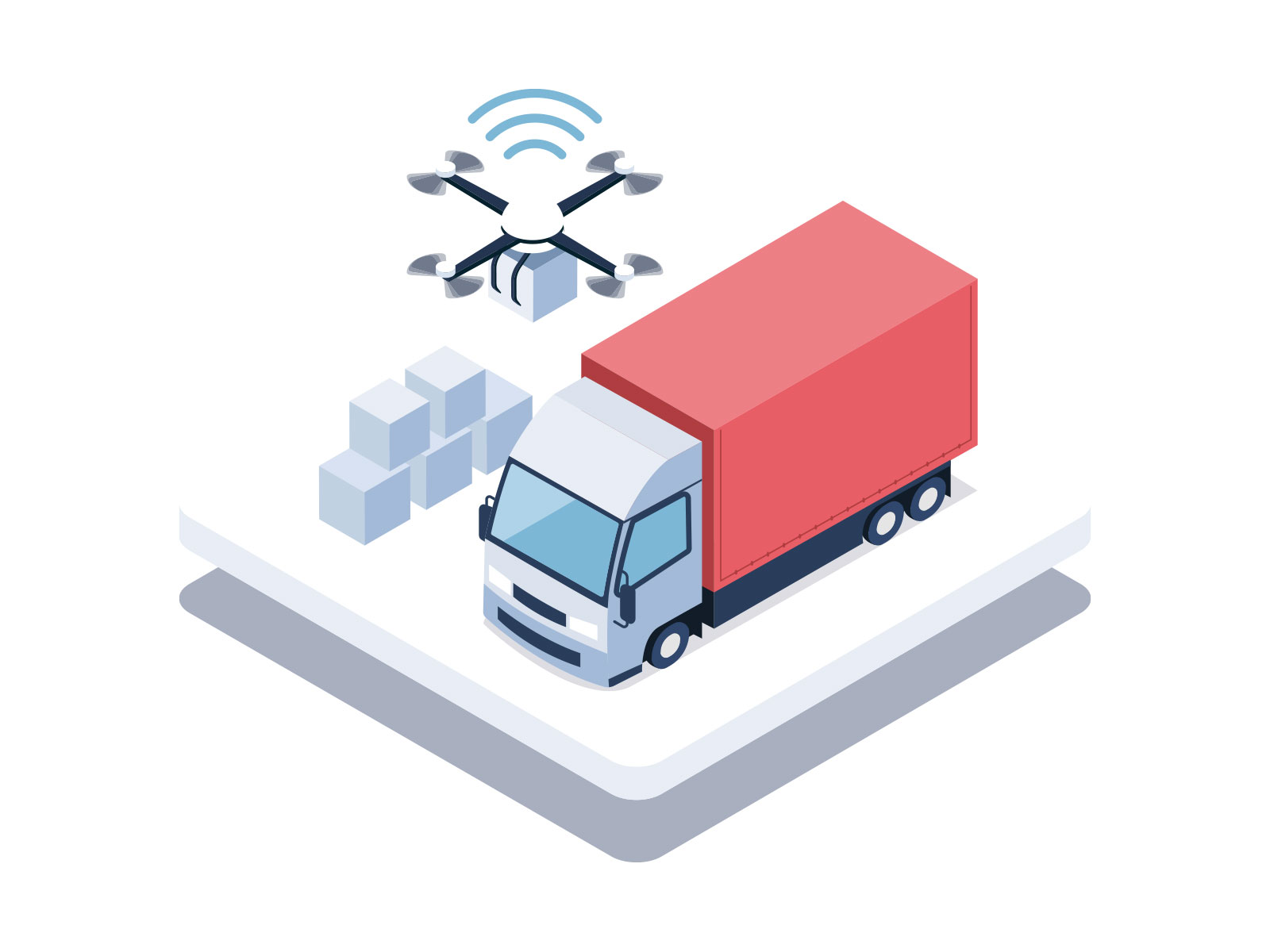 Beyond the individual factory, power plant, or warehouse, IoT enables connected supply chains, with suppliers as well as factories and even customers kept in sync, as part of an overarching system that functions as a single ecosystem. IoT- connected trucks, for example, provide tracking information for cost-effective just- in-time deliveries of materials and finished products. IoT even powers a new breed of robotic delivery vehicles now poised to hit the streets in large numbers.

Starsky Robotics, a semi-autonomous robotic truck company based in Florida, provides a glimpse of the near future with systems that allow truckers to monitor multiple self-driving trucks at a time as they travel highways, and take over control when needed for the last mile of deliveries or pickups.

Robotic delivery vehicles now in production also bring deliveries directly to customers from retailers and grocery stores. Marble and Starship are just two of the ventures building sidewalk robots set to bring the store home in greater numbers in the coming year. And Next Future Transportation, a company based in Italy, has begun trials of autonomous mini-buses that dynamically link up and separate to send goods or up to ten passengers at a time to side destinations along the main route. IoT and a smartphone app make all of this possible.

But IoT-driven transportation and delivery need not wait for autonomous vehicles. Mutual Mobile has built a car lease-alternative system for dribe in Denmark. Thanks to IoT-connected cars, customers can select their cars online, unlock them with their smartphones, and drive them away on demand. They can even swap out cars for different models as their wants or needs change. The system tells customers when to bring their cars in for maintenance, tracks mileage, and can even disable stolen cars. 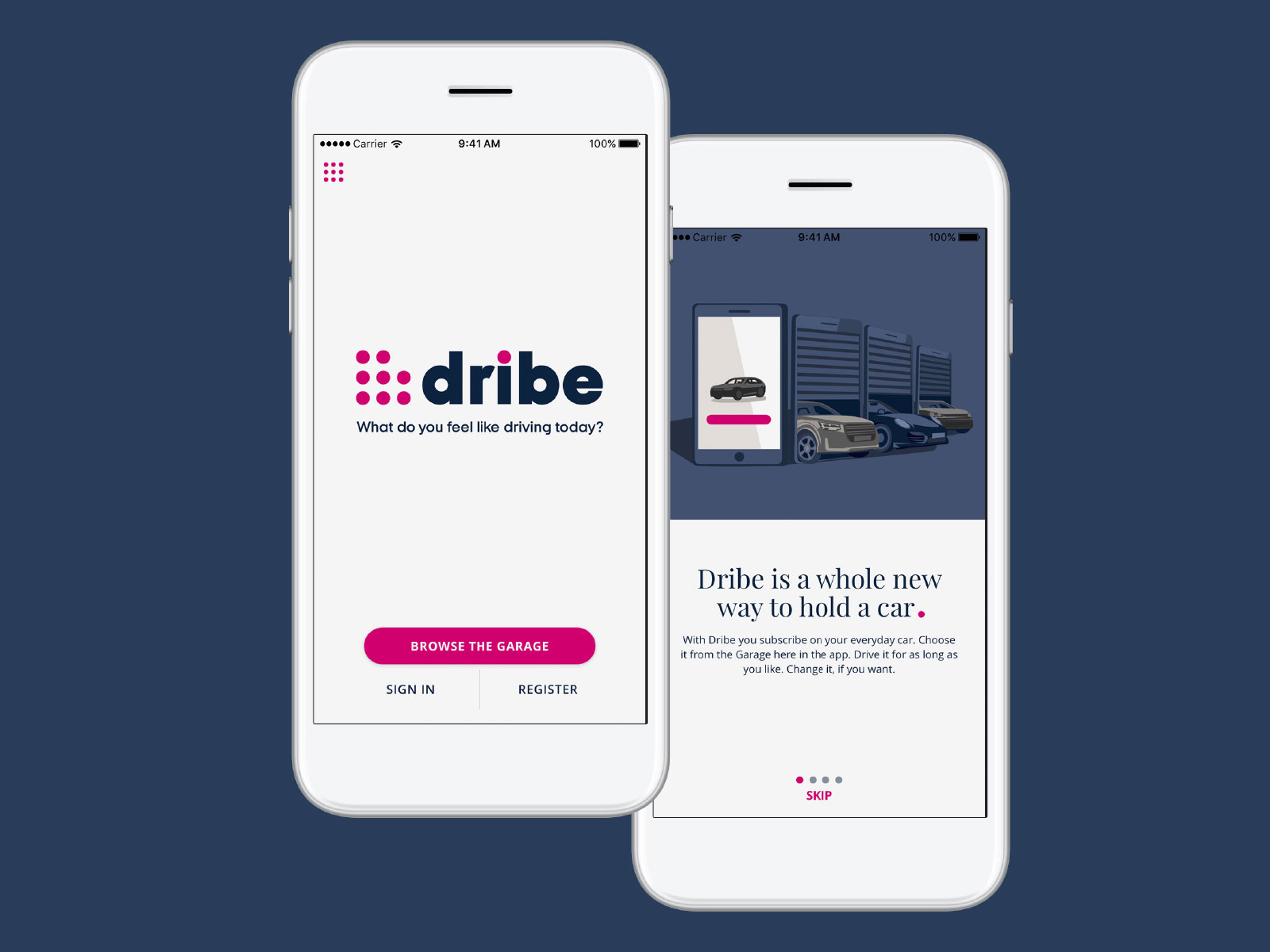 “These things are immensely useful, not just convenient for customers,” says Russell Buyse, Mutual Mobile’s Chief Operating Officer. “They’re also good for protecting dribe’s inventory of cars.” Thanks to such advantages, he sees these kinds of IoT-enabled vehicles gaining traction with company fleets and commercial operators. Mutual Mobile systems also power the Flexdrive car subscription service in the U.S. and monitoring for AGCO agricultural equipment such as tractors. 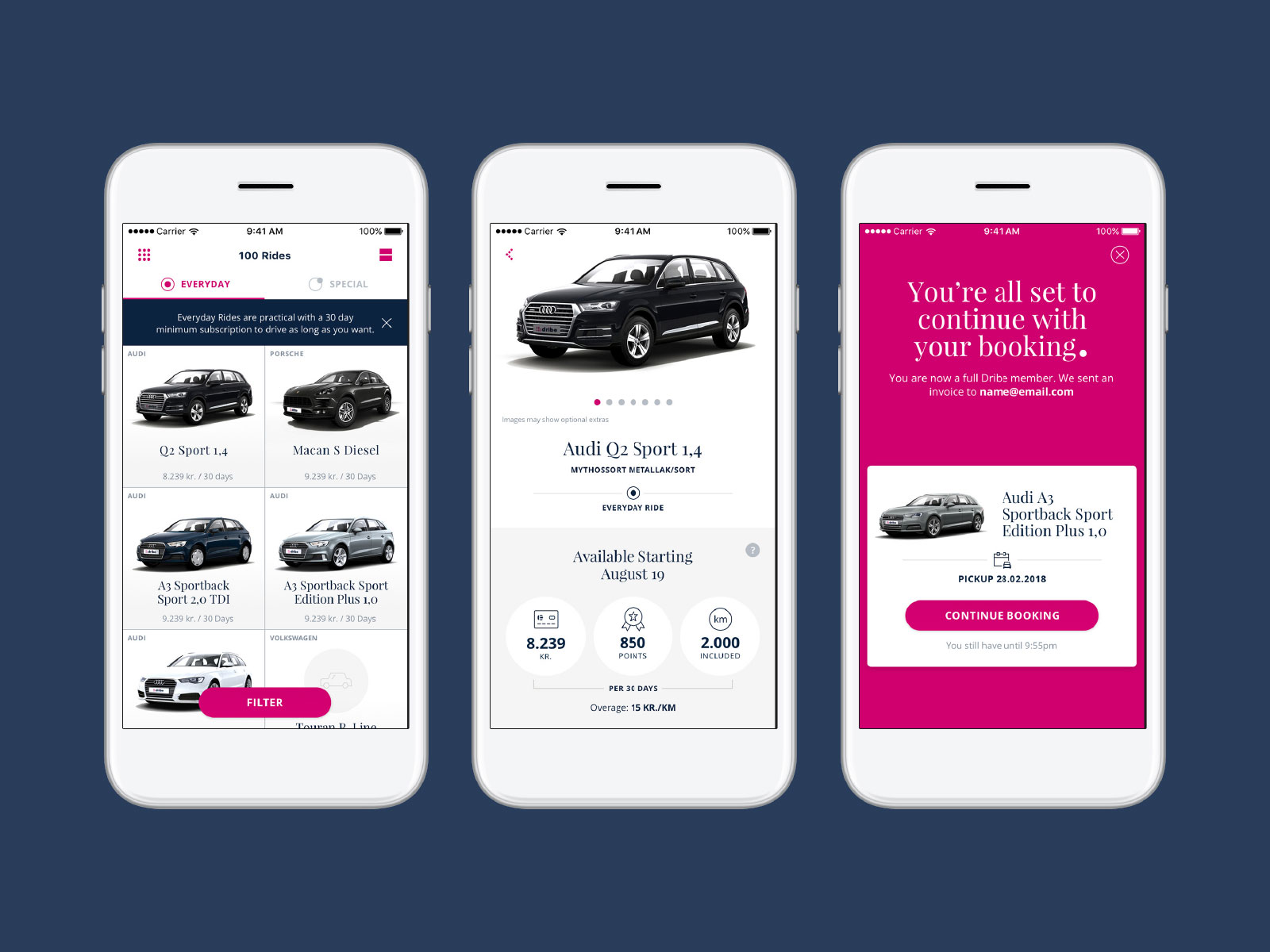 Another key to the growing success of these systems, says Buyse, are easy-to-use apps and interfaces, which only recently have become a priority for manufacturers. “The state of IoT at the hardware level is very high,” says Buyse, but only recently has the software behind it begun to reach parity. Adoption, he says, is “really about the UX [user experience].”

Nowhere is the user experience more important than in the realm of consumer devices. And, as it happens, the biggest near-term impacts for IoT will occur on the consumer front.

Consumer devices already make up the majority of IoT devices, with 5.2 billion devices in 2017 jumping to 7 billion in 2018, and exploding to 12.8 billion in 2020, according to Gartner. 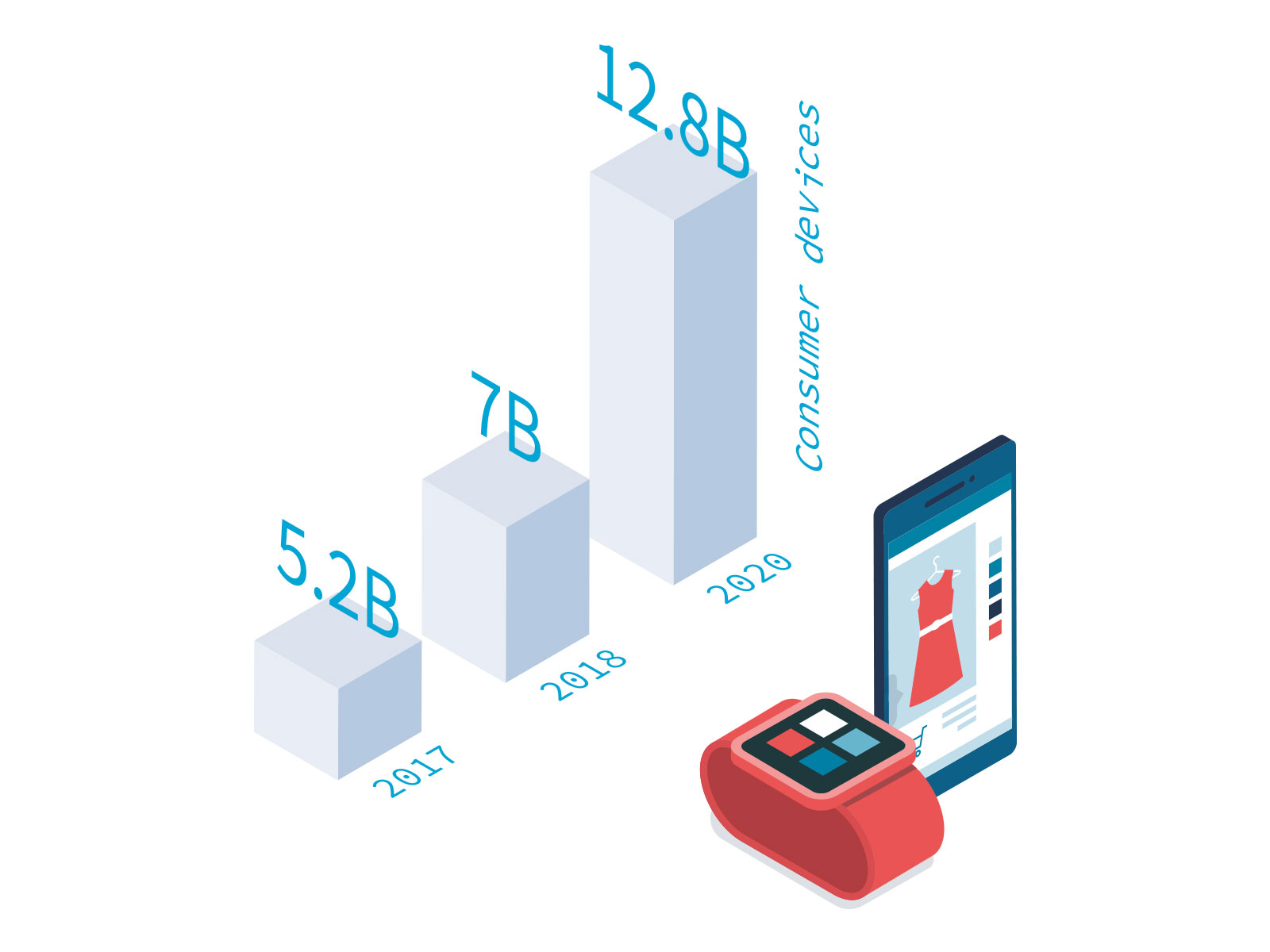 Ternes points to two major areas where IoT stands poised for major gains as early as in the coming year: the home and in healthcare.

IoT for the Home

Lighting, music, and temperature control, as well as security enabled by IoT- connected locks and cameras, have all made major inroads into the home in recent years. Devices such as connected lights and thermostats allow homeowners and apartment dwellers to interact with their devices remotely using smartphone apps. Smart speakers such as Amazon’s voice-activated Echo are among the products helping tie them all together. A request made to a smart speaker can dim or change the color of living room lights, for example, or play music on a connected set of speakers, even synchronizing them in multiple rooms. 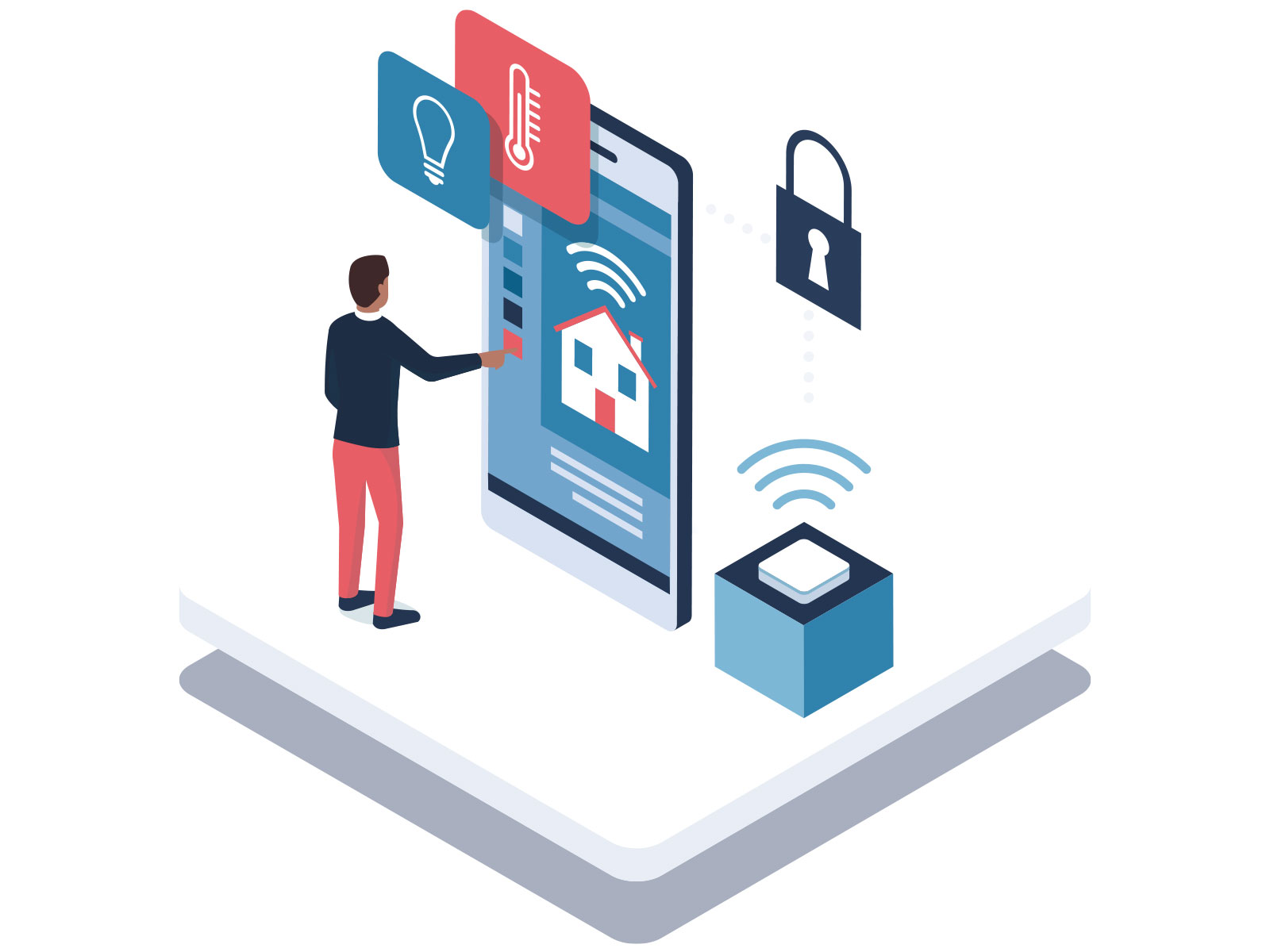 But to reach the next level, such devices and the apps that control them have to take another step, which will happen soon, says Ternes. In the coming year, Ternes predicts innovations that will use hardware already on the market to anticipate the needs of consumers—in effect bringing some of the advances of industrial IoT to the consumer market. Just as industrial applications of IoT enable predictive maintenance and delivery of materials and products, so will new consumer IoT anticipate the needs of users based on past patterns.

The typical smart home interface, points out Ternes, “right now is very transactional.” The user makes a request to play music or turn on a light and an app fulfills that request. However, Ternes looks to 2019 and beyond as potential turning points giving such apps a degree of autonomy.

“There’s certainly an opportunity” says Ternes, for a developer to build a system that “can actually see all of the devices, whether they’re smart or not.” Once that happens, “it can identify which devices are running and which devices are using certain amounts of power, look at the temperature outside, and say, “hey, you’re not home so I’ll turn the thermostat down.” At the same time such a system could anticipate the user’s arrival back home and turn up the heat beforehand. At that point, the system would “start to actually become a real assistant,” says Ternes. “That’s the logical step.”

Ongoing work at research labs such as Carnegie Mellon University’s Future Interfaces Group provides a glimpse of such a future of seamless integration of home appliances and devices with control systems—even those that don’t come connected out of the box. 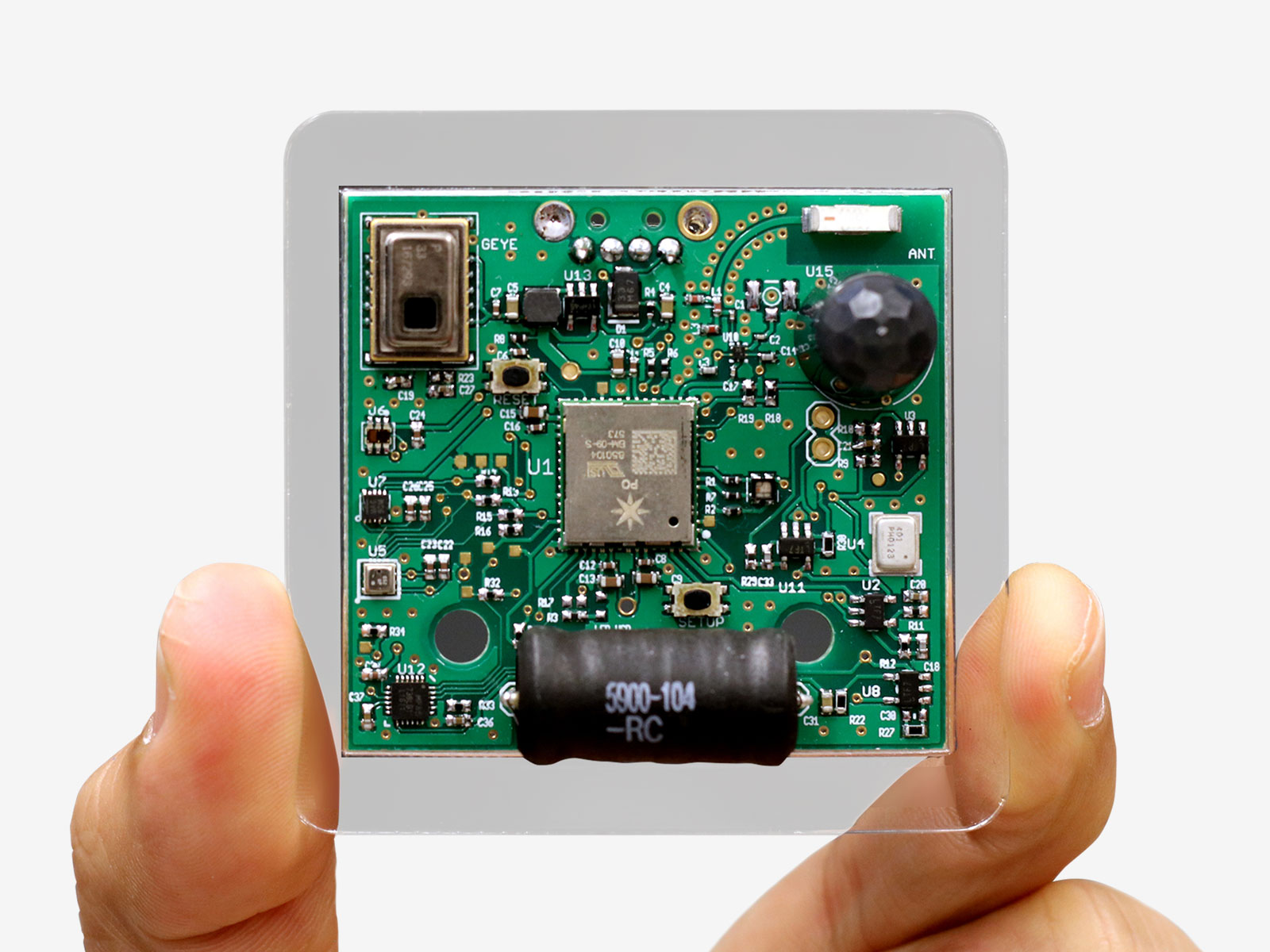 The lab’s nightlight-size Synthetic Sensors, for example, use microphones and photoreceptors paired with specialized machine learning algorithms to accurately identify such events as stove burners left on, water running, and whether lights are on or off. From there, it’s just a matter of connecting that data with new apps and smart controllers that anticipate user needs and act accordingly. 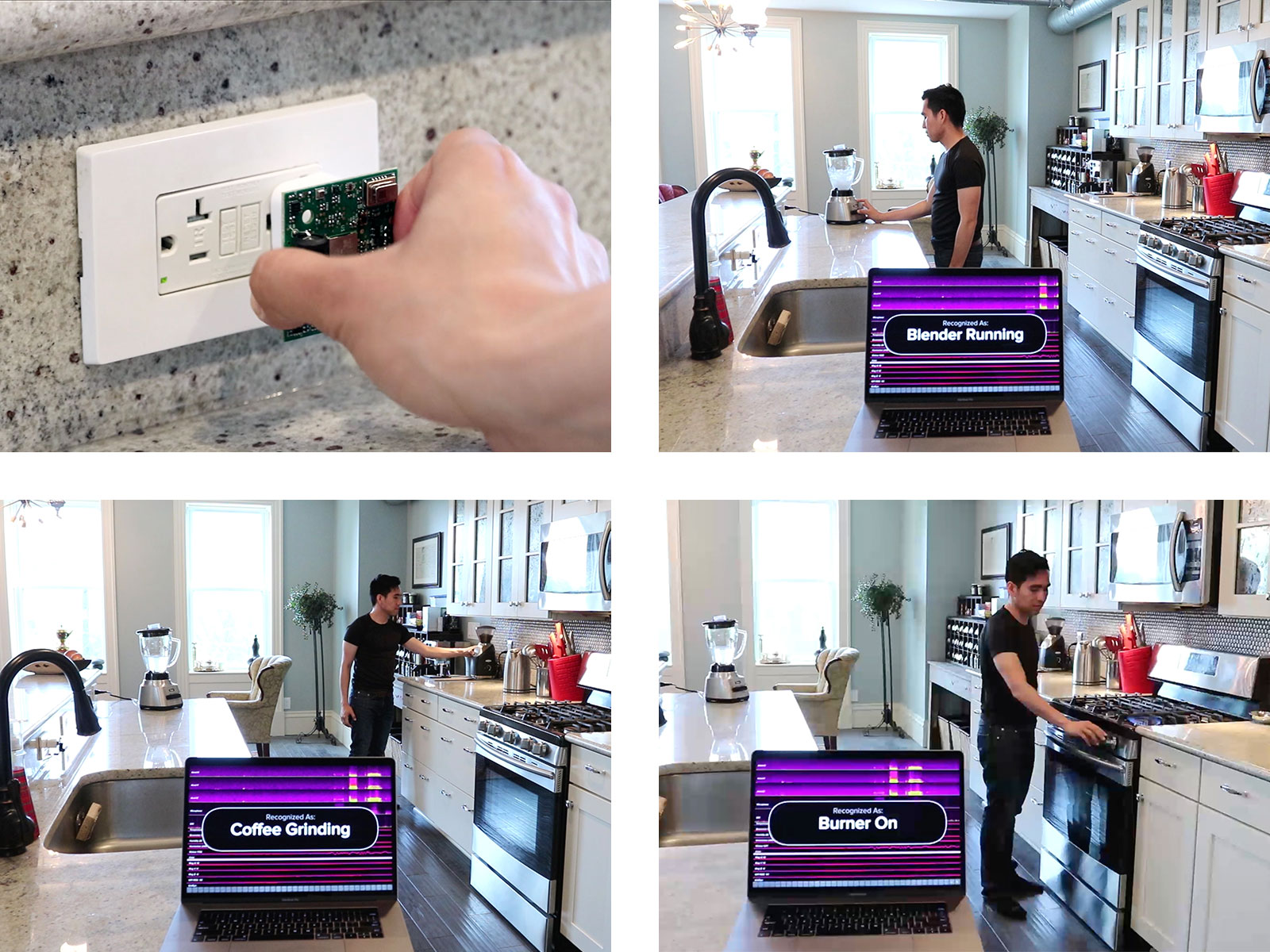 Another area in which IoT has made important inroads is in the areas of health and fitness. The introduction of fitness trackers and smartphones that provide health and fitness information by recording and analyzing such metrics as movement and heart rate are just the beginning, says Ternes. 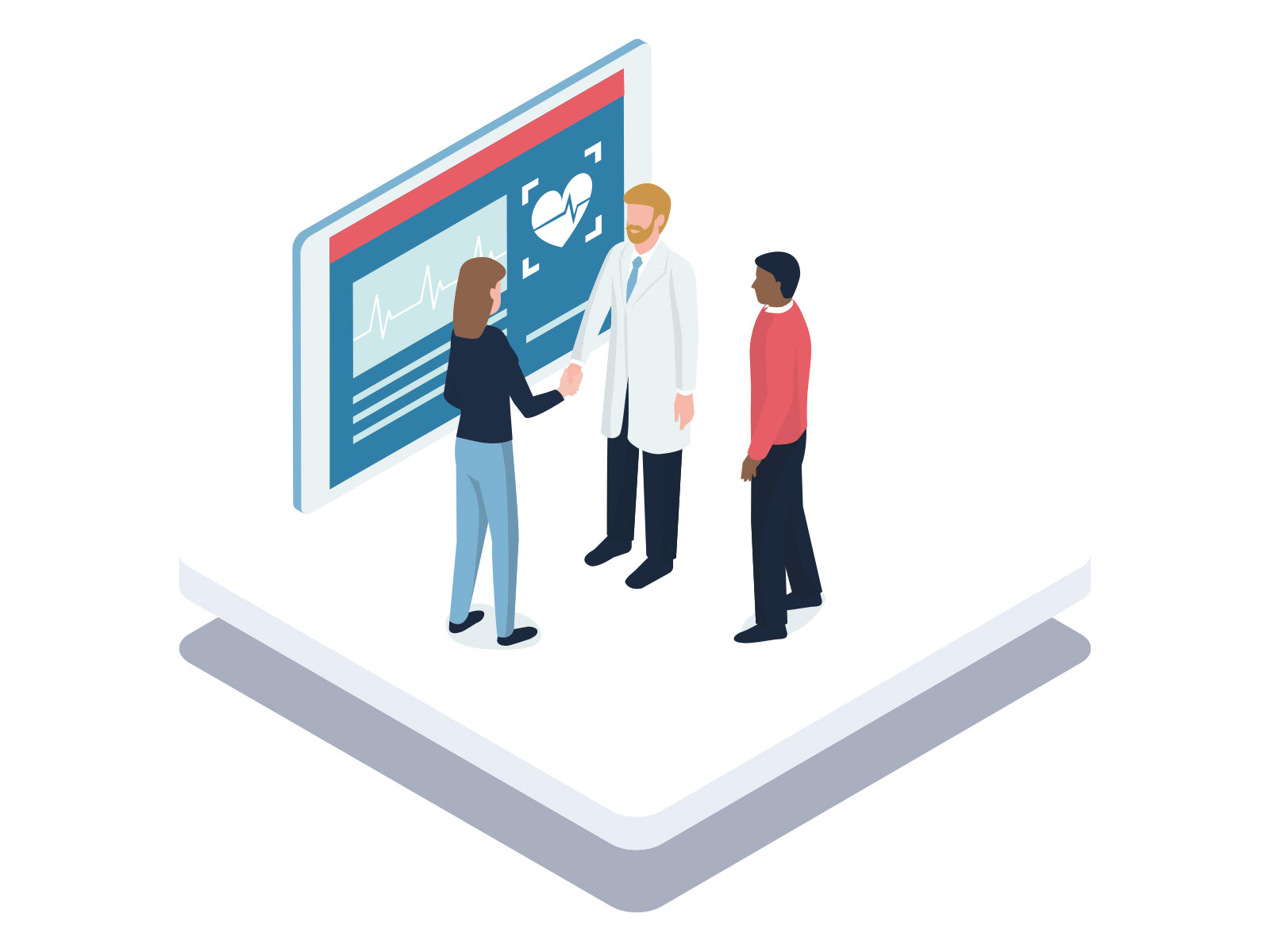 “If you’ve got good data on your daily activities and the patterns and things you do every day, being able to share that with a doctor would be very valuable.” The bottleneck here, says Ternes, is the absence—so far—of universal standards for sharing and safeguarding such personal data. Here again, however, he anticipates progress leading to breakthroughs in the near term. “I expect that we’re going to continue to see a very nice evolution.”

Connecting wearable devices and even implants such as pacemakers to healthcare providers has the potential to provide continuous medical care for patients around the globe, particularly in areas where doctors and other medical personnel are in short supply.

For times where medical professionals aren’t available at all when needed—for example in emergencies where every second waiting for first responders to arrive can mean the difference between life and death—connected emergency devices are already poised to save lives.

The Province of Nova Scotia in Canada, in conjunction with IBM, has developed a system for connecting automated external defibrillators (AEDs) to the Internet via smart sensors. The sensors monitor the AEDs’ charge status and availability, and continually update that information for the 911 emergency response system. A prototype system can send text alerts to bystanders when someone goes into cardiac arrest, pointing them to the nearest functional AED. A smartphone app also serves as a locator for bystanders without requiring them to call 911 first. 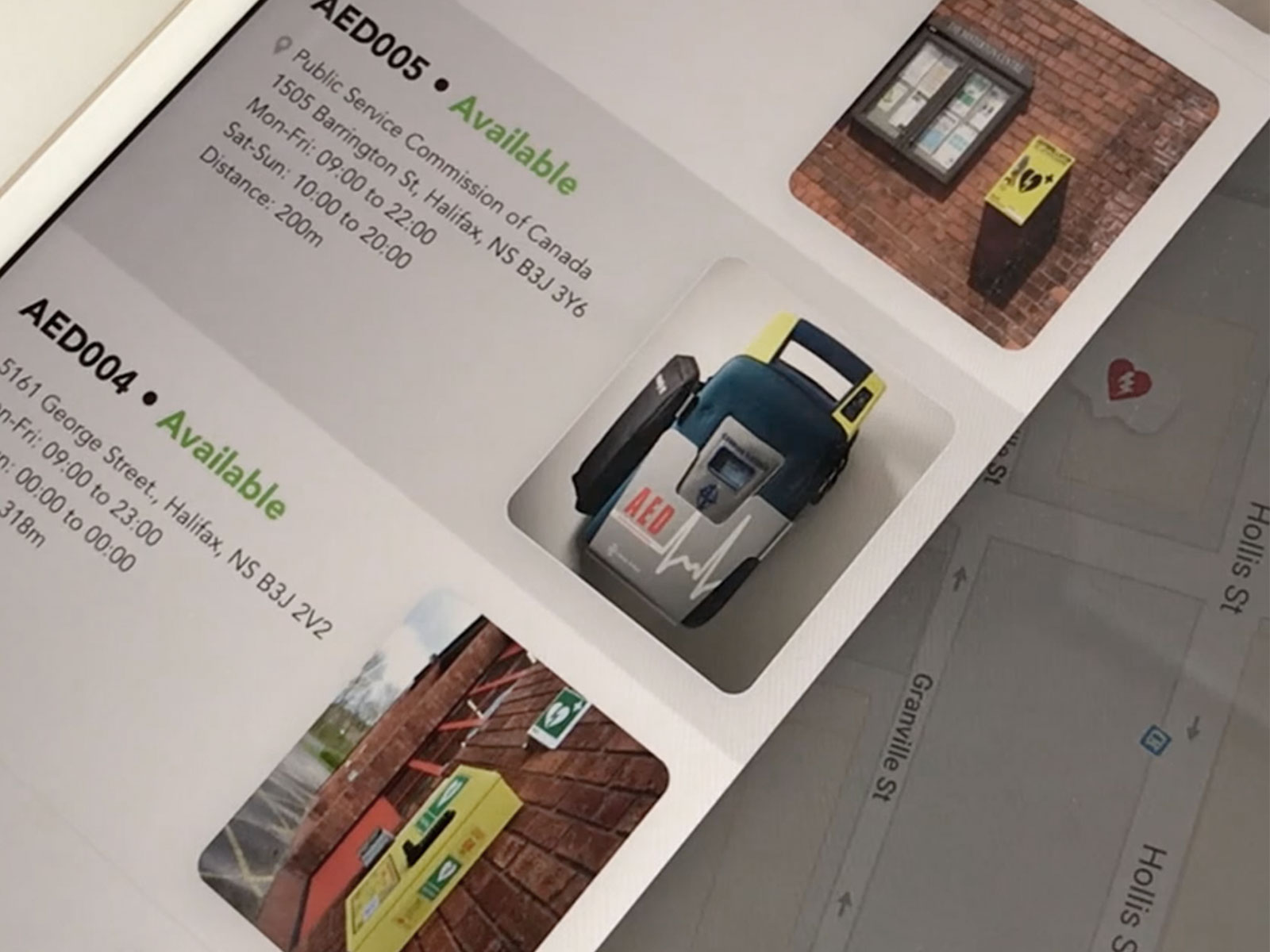 With 40,000 cardiac arrests every year in Canada, most of them outside the home, the system has the potential to do a lot of good. The province is working to deploy IoT-connected AEDs throughout Nova Scotia in 2019. Even before then, the system serves as a model for governments around the world seeking to safeguard their own citizens. 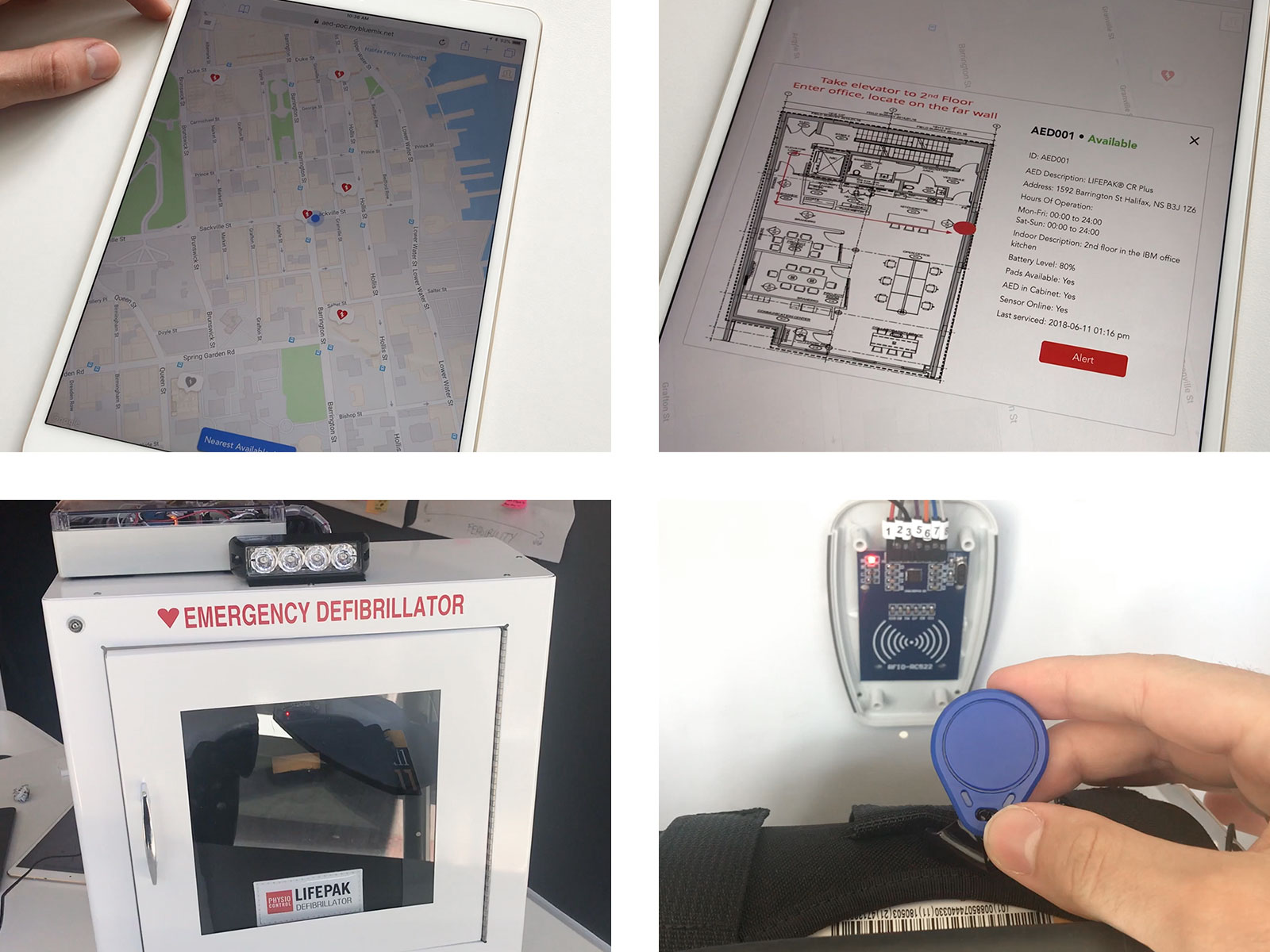 It’s just another way IoT is helping people live better and healthier lives through connected health applications and smart homes. At the same time, more efficient industrial production and distribution made possible by the connectivity provided by IoT will also improve the way people live, work, and play far into the future.

Key to realizing the full potential of IoT during this crucial startup period, says Ternes, is the right expertise for building connected systems. “It’s very important to take these first digital steps, but to take them with folks who have the experience and know how to build these systems to be scalable, but also secure and reliable.”