Although iOS 8 is still in what the restaurant industry would call its “soft opening,” bloggers have been quick to point out every flaw in their mobile experience. Fortunately for Apple, there are far fewer operating systems in the world than there are restaurants, and it will take a lot more than a few bugs to scare iPhone faithfuls away from the OS they’ve grown to love.

According to associate director of iOS Sean McMains, “I find iOS 8 to be delightfully ambitious, with new features that scratch old itches (like keyboards), as well as those that create new classes of apps and functionality (HomeKit, HealthKit).” However, Sean did acknowledge the uproar over bugs. “I recall iOS 7 having just as many bugs in the beginning. Though with iOS 7, we could chalk much of that up to huge visual design changes. In the case of iOS 8, there’s no similar single factor that seems to be driving the issue, it just feels like it could have used a bit more time in the oven.”

Director of iOS Ron Lisle has had the good fortune of avoiding most of the issues being raised around the Web. “Somehow, I managed to miss being affected by most of the bugs others have reported,” says Lisle. Rather than focusing on the negative, Ron likes to imagine how iOS 8 will enhance his mobile experience. “It’s still a little early to know for sure how well some of the new features will be adopted by my favorite apps, but indications are very promising. HomeKit is a game changer. On a personal level, I love the integration of Shazam with Siri–Siri, what song is this?” 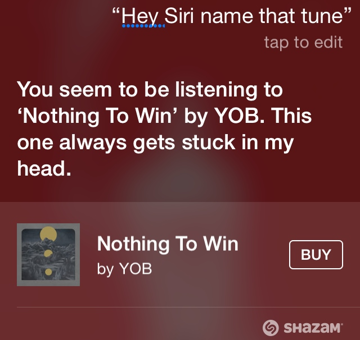 Our designers are also pretty pleased with the new iOS. Senior interaction designer Amanda Klohmann feels Apple made good on their ambition to move the mobile experience forward in significant, yet natural ways. “The same look and feel from iOS 7 still exists, however, there are subtle changes, especially interaction wise, that show the evolution of the OS. iOS 8 seems to move forward in more of a product-minded manner–improvements to messages, adding action capabilities to notifications, etc.”

For other designers, the big concern about iOS 8 is less about bugs and more about Apple’s unwillingness to loosen up their kung-fu grip on the operating system’s appearance. Senior visual designer Eric Celedonia says, “I think the move to appease more power users is a huge help to a very large portion of the Apple community. However, there is still a serious gap growing between the offers of Android and iOS for those of us who need a lot more control and customization. I was really hoping for more control in iOS 8 than was announced.”

We already know that Ron can’t wait to challenge Siri to a game of Name That Tune, but that’s not the only iOS 8 enhancement he is excited about. “I’m really looking forward to tinkering with HomeKit, Today extensions, and background execution. I also absolutely love how the integral Today page tells me how long it would take to get to work ‘if you left now.’ It’s kind of creepy that it figured out where I work without asking me, but very clever.” Sean is a big fan of the added collaboration in iOS 8. “I love this ability for apps to help other apps,” says Sean. “Extensions have already made my life on iOS significantly better.”

Aesthetically speaking, Eric is all about the new photo-editing capabilities of iOS 8. “The photo editing tools are fantastic. I love not having to bury myself in other third-party apps to perform some quick edits on an average photo.” He’s also pretty smitten with the new keyboards accompanying the OS release. “Third-party keyboards seemed like a great idea, then I downloaded a keyboard that’s made entirely for sending gifs, and my head exploded. Freaking awesome!” His final praise went to a few “finallllly” updates, including AirDrop between Macs and iOS devices and the battery usage screen.

Amanda was also happy to learn a little more about her battery consumption. “Knowing how much power each of my apps are draining has made me a lot more conscious of which ones I leave idling in the background.”

Things we would love to see

Despite Amanda’s satisfaction with the new iOS 8 settings, our developers still long for a little more freedom under the hood. “iOS 8 still doesn’t have full-on interapplication communication,” notes Sean. “A Siri API is, to my mind, long overdue. And although Apple has been touting HomeKit left and right, the platform only provides very basic, timed triggers in its first iteration, and will need to be able to perform more complicated, conditional logic before it will be as useful as I want it to be.”

“I second the Siri API and further HomeKit support–both functionally and especially documentation like a HomeKit Programming Guide,” Ron agrees. However, he remains confident that our patience will be rewarded. “iOS 8 came with a ton of new features to help developers. Much of this will result in better quality apps that can be developed faster.”

The most thorough critique came from Eric, who fully embodies the perfectionist-designer persona. He poked holes in everything from iCloud backups to the inability to turn off your flashlight by tapping the camera icon on your home screen, but his main source of grievances seemed to be iMessage. “The iMessage “Do Not Disturb” and group messaging options are very incomplete,” Eric began. “I don’t understand why my screen will continue to light up when receiving texts from any single contact that is listed as do not disturb. Why does this feature act differently than the blanket do not disturb function? The UX ins and outs of group messaging have been mastered for years now. I feel like Apple just straight up ignored these applications and did whatever they felt was best.”

Eric attributes the source of this continued frustration to the lack of iMessage APIs. “Android has offered messaging API’s for over 4 years now, allowing applications to create and send text messages on your behalf. In an age where texting while driving has become an epidemic, Apple has offered no good solution for hands free responses. Siri doesn’t cut it. I want auto-generated responses sent back to my contacts letting them know “I’m driving”, “I’m in a movie”, “I’m in a meeting”, or “I’m on an airplane”. Solutions to prevent cellphone use while driving need to be addressed.”

All things considered, Apple’s iOS 8 release received a cumulative “B” amongst Mutual Mobile team members. That’s pretty promising, considering it’s been less than a month since its public opening. And although adoption rates have fallen WAY below the expectations set up by the success of iOS 7, the number of iOS 8 users will continue to rise as more apps become optimized for the new OS and people continue adding the iPhone 6 and/or 6 Plus to their holiday gift list.