iPhone 5: Making Sure Your Apps Are Ready

Are you ready for the iPhone 5? Your customers definitely are. Analysts’ predictions over the last month that iPhone 5 would be the “most impactful” device launch to date have come true in spades. Within 24 hours of opening preorders on Monday, Apple had twice as many as they’d had for the iPhone 4S, and inventories were completely depleted. As Apple spokeswoman Nat Kerris told AllThings D, “We’ve been completely blown away by the customer response.”

With iPhone 5 buyers waiting anxiously for delivery of their new devices, you want to be sure your applications are just as ready for the iPhone 5 as they are. If you’re like many Fortune 500 brands, you’ve spent countless hours and sizable investments creating mobile experiences for your consumers, partners, sales people and employees. Now it’s time to make sure those experiences will be just as compelling on the iPhone 5 as they were on the iPhone 4S.

Get Ready for the Big Screen

Of the new features included in the iPhone 5, the larger screen size (4in diagonally rather than the 4S’s 3.5in; 1136×640 pixels, compared with the 4S’s 960×640, both at 326ppi) has the biggest implications for the 550,000 apps in the Apple App Store. One possibility explored by 9to5 Mac is there will be black bars above or below the content area for applications that have not been optimized to take advantage of the additional space. A more severe concern is applications that have custom UI elements may break.

Be Prepared: It Happens Every Time

Remember when Apple introduced its first Retina display in 2010? That’s a great example of how every Apple release includes at least one dramatic new feature that benefits users – and challenges app developers. The Retina display was a revolution in display technology. No one had ever seen a display of that level of quality on a mobile device, and users were clamoring for developers to support it in their apps by providing high-resolution images and artwork. We saw a wave of applications get updated to support the Retina display. Now, a few years later, it’s rare to see applications that don’t support it. So it will be with the larger screen size and other key features of the new iPhone. 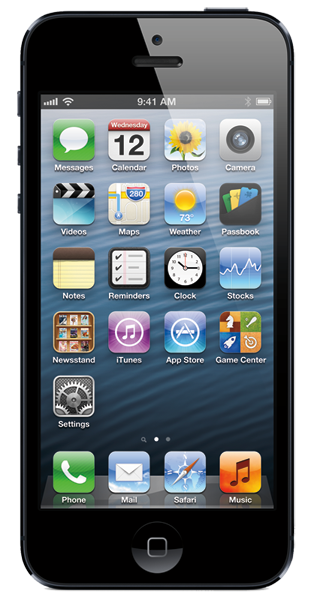 Three Ways to Ensure Top Performance for Your Apps

There are several things you can do to proactively manage application performance on the iPhone 5 and guarantee a seamless transition and a satisfying experience for everyone who uses your apps.

1. You can use a simulator to see how your apps will work in the iPhone 5 environment. Apple includes an iOS simulator in its set of iOS development tools. (Talk about proactive: About a month before the release of the iPhone 5 running on iOS 6, and before Apple announced the larger display on the iPhone 5, 9to5 Mac tweaked Apple’s then-current iOS 5.1 version of its simulator to run at a higher resolution to support the rumored forthcoming taller screen – providing strong early evidence that Apple would be introducing a larger screen.)

2. If your internal engineering team has the bandwidth, you can charge them to implement proactive updates to your apps to support new features of the iPhone 5. If your internal team is stretched, or demand for app versions that run on the new device is way beyond what you expected or can accommodate, consider enlisting an outside partner to provide burst capacity for this purpose.

3. Talk to us about some of the testing and QA options available to you from Mutual Mobile. For example, our support team offers an Adaptive Mobile Monitoring service designed to ensure that mission-critical apps continue to perform when the mobile landscape changes. Testing on major device releases is one of the main capabilities available with this service.

With arguably the biggest smartphone launch ever now underway, and adoption rates skyrocketing, there’s no time to lose. Act now to be sure your mobile apps are iPhone 5-ready, and you’ll be in a position to recruit more users for your app and reap more benefits for your brand. Or don’t act – and brace yourself for a potentially poor performance that cost you plenty in users and dollars.