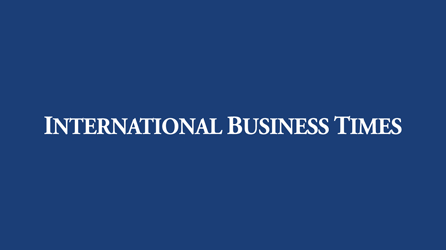 The success of Windows Phone 7 will largely depend on whether developers embrace it as a platform. Thus far, they seem to have a mixed reaction.

In less than a week, Microsoft will unveil its Windows Phone 7 operating system. The OS will be the company’s latest attempt to gain share in a growing smartphone market.

Back in the early part of last decade, PDAs running Windows were the predecessors to smartphones. After a series of numerous mobile failures, Microsoft will try again with Windows Phone 7.

Some app developers think that like Android, Windows will offer a sufficient multi-device platform.

Metodi Filipov, managing director and shareholder at Bianor, is one of those who is skeptical about Windows 7’s prospects. Bianor is a 13-year-old company that began making enterprise based software and eventually worked its way into mobile app development. Today, 60 percent of its business is creating apps for enterprise customers. It can make apps on platforms from iPhoneOS, Android, BlackBerry and Symbian. However, Windows Mobile, which it worked on in the PDA days, is not one of its specialties. Filipov does not expect that to change anytime soon.

“We started creating apps for their PDAs, but they never evolved their OS to make it truly consumer oriented,” Filipov said. “Windows mobile is strong on industrial devices but not on consumer devices. You need to have both because that’s what people want, the line is blurred.”

Another problem with the Windows Phone 7 platform, according to Filipov, is the fact other platforms can already feature Windows related enterprise functions. For instance, those who want to access Microsoft Outlook can do so on the iPhone, Android and BlackBerry operating systems.

Filipov said his company has not developed internal Windows Phone 7 expertise. In 12 months, he said he’s only had one customer request. He said as a developer, the monetization from Windows Phone 7 is not there. “Apple offers a store, Android is doing the same thing and so is BlackBerry. Microsoft is not offering access to the customer base in any way shape or form. Why should I invest as a business person, it would make no sense,” he said.

Further, he said BlackBerries have a better track record with security. This is something he says has driven away a lot of potential enterprise customers.

Not everyone feels the same way. John Arrow, chief executive officer of Mutual Mobile, says his company has been looking at it extensively. Mutual Mobile not only creates applications for enterprise customers, it also helps them manage and monetize apps through ads.

“We’ve seen enormous interest in Windows Phone 7,” Arrow said. “We have a least a dozen projects working on it already.” He says while customers have been mixed regarding developing an app for Windows Phone 7, many see the platform as an opportunity to create a new audience.

“If you want to go outside and create a niche audience, Microsoft has the momentum. It was the first to create smartphones and create PDAs, that .Net framework gives you an instant developer community. There are a lot of big enterprises based on Microsoft technology. Even though it’s stressing consumer play, it’s all about it’s enterprise capabilities and how it’s adopted to mobile.”

One reason Arrow likes Windows mobile is because it will be available on a number of smartphones. Already, Motorola mobile device head, Sanjay Jha, said the company is open to developing smartphones on the Windows Phone 7 platform.

When asked for further clarification, a Motorola spokesperson declined to comment and said the company is solely focused on Android for now.

As a developer, Arrow actually likes Widows Phone 7 more than Android because it’s more rigid. “QA testing for Android is difficult because there are no minimum hardware specs and all these nuances. If we get a bug in one, it’s difficult to test, because you have be device specific. Whereas Microsoft makes that fragmentation more contained, it you’ve developed in once, it may run slower, but any bug won’t be device specific,” he said.

Bill Morelli, smartphone analyst at IMS research, said Windows 7’s ability to go on multiple smartphones will be a huge advantage. “When you start talking about multi handset operating systems, you’re down to Android and Microsoft. That is why Droid has made so many significant gains, because it has so many handsets for so many carriers. If they have a couple of clunkers and couple of great ones, that’s all they need. It’s spreading risk around, not making or breaking on one,” Morelli said.