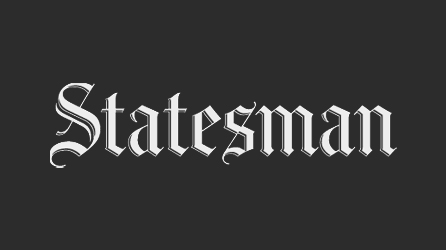 A year ago, Mutual Mobile Inc. conducted its software business from three houses in Austin’s West Campus neighborhood near the University of Texas.

Employees dodged traffic as they trotted from one house to another to meet with co-workers.

But things have changed. The company now occupies 25,000 square feet on the 14th floor of a downtown office building and has a spacious lobby for visitors, who include clients such as Google Inc., Cisco Systems, Oracle Corp., Schlumberger Ltd. and carmaker Audi.

In the three years since it was founded, the software company has made an amazing jump from unfunded startup to sought-after corporate technology consultant. Mutual Mobile now routinely competes for and wins contracts against some of the best-established companies in software services, including heavyweights such as Accenture and Sapient Corp.

It is heady stuff for a startup in which all five founders are just 25 years old.

The company, which is considerably larger than most of Austin’s other mobile software startups, is riding the crest of the mobile device explosion started about three years ago.

The industry has surged as corporations have turned to mobile apps as a way to transform their businesses, cut costs or build sales. Mobile technology is transforming how big companies do business, giving employees access to information on the floor of a department store or the back of an ambulance.

“Mobile is the new e-commerce,” said Chris Silva, an analyst with the Boston-based Altimeter Group.

That corporate push for mobile technology has created a free-for-all among technology companies, said analyst Michele Pelino with Forrester Research, in which startups with the right skills — such as Mutual Mobile — can compete and win against much larger players.

“It is fun because it is changing so quickly,” Pelino said. “If you can get a stake in the ground today, you can succeed going forward.”

Bill Bock, a veteran executive of several Austin tech startups over the past two decades, describes Mutual Mobile’s founders as smart, mature beyond their years — and fearless.

“They are chasing a market opportunity, and they are just going after it,” Bock said. “They have a young team that has built an admirable company, and they have done it without any outside investment. They have been profitable and successful from Day One.”

The company might be young, but CEO John Arrow, who dropped out of UT to co-found the company in 2009, said it is focused entirely on the potential of mobile technology to revamp the way work gets done.

“Our goal is to be a billion-dollar (revenue) company in the next three to five years,” Arrow said. “We are very much on that path.” The company does not disclose its current revenue.

The technology, he said, “is one of the most significant happenings in all humanity. It is going to have so many interesting applications.”

Though many mobile software startups have concentrated on entertaining consumers, Mutual Mobile has taken a different path. The company focused its attention on corporate customers after it developed a mobile medical records app for doctors on behalf of Greenway Medical Technologies of Carrollton, Ga.

“Greenway made us stop and think that there was going to be this huge demand for enterprise applications,” Arrow said.

A more recent client is J. Hilburn Inc., a fast-growing menswear retailer that hired the Austin company to develop an app for its sales people to use as they work with customers.

The company wanted software that was powerful enough to track inventory levels and stylish enough to show images of how different clothes combinations of pants, shirts and coats could create a range of work outfits.

The retailer expects to deploy the new software in June.

“This is going to have a significant impact,” J. Hilburn President Veeral Rathod said. “It is going to drive revenue growth in several ways. It is going to make the whole sales experience easier.”

Another client is Mavenir Systems, based in Richardson, which develops advanced software for telecom companies around the world. Mavenir is about to deploy a new advanced messaging app that it hired Mutual Mobile to develop.

Terry McCabe, Mavenir’s chief technology officer, said the experience is the best he has had working with another software firm.

“They are more a partner than a contract development house,” McCabe said. “That is what the value add is. They are not cheap, but you get what you pay for. You get a group of people who become intimate with your business, who understand what you want to achieve and who strive to deliver the best.

“They are competent and fast moving. They have a great future ahead of them.”

Mutual Mobile said its average business engagement is about a half-million dollars these days, but increasing numbers of contracts are more involved and exceed $1 million.

The founders of the company were all college buddies of Arrow’s. They talked over many different business ideas involving new technology. Then when Apple Inc. introduced the 3G version of the iPhone with faster data communications capabilities, the five UT students were convinced that the world had changed.

They focused on creating a mobile software company, which got started in Arrow’s former apartment near Guadalupe and 30th streets.

“We made it a priority from Day One to not have outside capital,” Arrow said. “We wanted to bootstrap it because that forces internal efficiencies that you don’t get otherwise.

“In some ways, our clients are investors. If we produce a return on investment (for them) and if we change a client’s business, they are going to be able to fund us with all the capital that we need.”

The CEO said the company eventually may add a sales and software development office in New York to be close to the largest advertising agencies, which are important players in corporate mobile strategies.

The five all acknowledge that they have complementary strengths around a shared vision.

Arrow “is the ballsy one,” said co-founder Sam Gaddis, who concentrates more on marketing. “He provides the bravery to go into new areas.

“Jason (Story) was able to bring the social skills and the sales ability to connect with new customers.

“Mickey (Ristroph) and Tarun (Nimmagadda) both bring the technology side. Mickey is the one who insists that we have to do everything right. We can’t do anything wrong. He’s very detail-oriented.

“Tarun is the visionary, who also helps identify new markets.”

Arrow said, “Sam is good at grounding ideas and making things happen. Tarun and I are great at talking about lofty ideas, and Sam is great at actually implementing them and driving the results behind them.”

Two of the founders come from families with technology roots. Gaddis’ family runs a high-tech advertising and marketing firm in Austin. Arrow’s father is a longtime Microsoft Corp. employee.

Because the company has no outside investors, Bock said its founders have the luxury of time to consider their options for supporting long-term growth.

“They have some important strategic decisions to take in the next 12 to 24 months,” he said. “They have to evaluate whether they want to continue as an independent company or take capital from some other source. Or are they better off to merge or combine with a more mature organization?

“As long as they are growing and able to fund their own activities, they have the beautiful position of being able to take their time and give those decisions careful thought. One of the neat things about the founders is the control they have. They are in an enviable spot.”