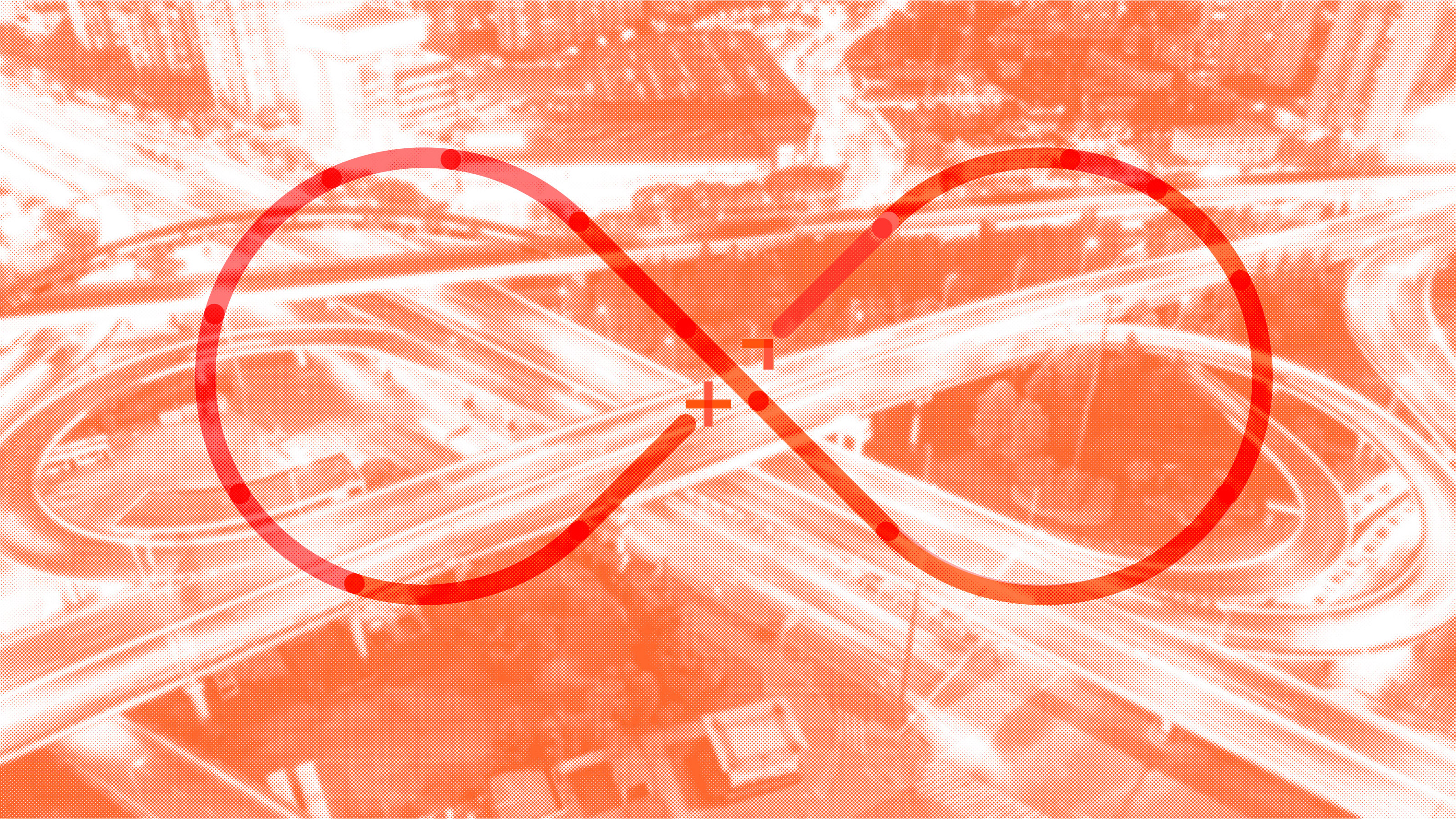 When you walk into the Chicago Architecture Center, you come across some memorable exhibits about skyscrapers, Chicago history, and some of the amazing buildings in progress. But there’s also an exhibit all about what Chicago could–and needs to look like–within the next few decades in order to be sustainable.

The concept art is beautiful, innovative, and promising: a city version of an Apple store with greenery and small natural reserves scattered around a clean, autonomous utopia. But let the whole “next few decades” timeline sink in a bit. That’s not the distant future. Many cities are hundreds of miles behind when it comes to anticipating growth, resources, and how quickly human needs are changing.

**_Where are cities in this transformative journey?

How can progress be made, right now?_**

Over half of the world’s population lives in an urban area, and that figure is expected to rise to 68% by 2050. In order to build a sustainable future, and not see companies and people forced into to the suburbs, cities have to be more livable. And we have to use all of our tech resources right now to solve for “livable” 2050.

To create successful, sustainable urban environments, a win-win feedback loop is being, and must continue to be cultivated between smart city technology and corporate responsibility.

Cities strive to attract quality businesses (e.g. the fierce competition for another Amazon homebase). The benefit of scoring a new corporate resident is usually measured in jobs, income, and taxes. Smart cities, however, dive much deeper into the broader implications around businesses.

Current estimates suggest only 16% of cities have the funding available to pay for most IoT infrastructure innovations. This is where public/private partnerships kick in.

These are not isolated events. City-corporation partnerships are, in many ways, the future of urban sustainability.

For any growing city, congestion, especially on the road, becomes the loudest voice in the room (honk). The average traffic speed in urban centers fell to 15 mph from 18 in 2015. Three miles per hour might not seem like a big deal, but there’s only so far that trend can go until all the sudden things are at a stand-still.

Historically, the solution to congestion was just to build new or expand existing roads. In many cases, this ends up being a bandaid that comes off the moment it gets tested by the elements. And this cycle inevitably causes environmental headaches. What is actually taking up the space  on the roads are the common denominator. Solving for CARS is what really matters.

Younger workers who are less likely to have children are more likely to live in downtown areas. Bike sharing programs initially met some of the need for short-distance transit, but powered scooters (for better or worse to general well-being) are shaping up to be an even bigger trend. Bird, the pioneer electric scooter brand, already offers dockless electric scooters in over 100 American cities.

The Gogoro scooter system, in Amsterdam and Taipei, provides similar electric scooters, as well as an easily accessible system of battery exchange stations. The scooters, which are connected by sensors to a smart city system, offer riders feedback on energy consumption and best ways to optimize performance. Scooter goals.

It’s safe to say there will be several generations of individual-use modes of transport, but what can be done for the large chunk of the population who don’t currently have options outside of their cars?

Inevitably, some people in cities will continue to drive, regardless of it being by choice or necessity. The faster these drivers can find parking spots, the better. Real-time sensors, either in the ground or overhead in street lights, can signal drivers when a parking space opens up. Cities all over the world are implementing this tech. Right now, 11% of public parking spaces, globally, are powered by smart technology. This figure will grow.

In addition to monitoring occupancy, smart parking apps also enable easy customer payment, and record the license plates of cars who don’t pay. The most important benefit yielded by these smart parking systems, however, is that they provide an overview of a city’s traffic patterns. Intelligent analysis of the demand for parking spaces can inform future city planning in a larger sense.

Companies like Smartbin and  Enevo are offering cities another element of urban sustainability. City trash bins equipped with sensors report each container’s fill level and predict when it will need to be emptied. The software integrates this data with other information about road conditions and truck availability. It then informs trash truck drivers of the best routes in real time, saving cities up to 50% on trash collection and delivery costs.

Smart trash collection networks can be combined with IoT-equipped, solar-powered trash compacting bins, such as those offered by ECube Labs, so waste occupies less volume. The technology around efficient waste management is based on responsive, real-time flexible service — an emerging value that underlies all smart city technology. Instead of sending trash trucks around on an inefficient pre-determined schedule, only to find many bins partly full, smart collection platforms maximize the efficiency of every route.

Winning the hearts of city dwellers isn’t just about the nitty gritty of parking, traffic, and waste management. A sense of belonging and community is a big part of what keeps people living and working in urban environments. Here, too, private companies are leading the way.

Resident engagement is one of the factors recognized by the Bloomberg American Cities Climate Challenge. Funding is set aside for this specific purpose, to “maximize community buy-in.” New York City is making strides toward engaging its citizens by converting 7500 obsolete phone booths into LinkNYC smart kiosks. These will serve city residents as free wifi hotspots, as well as offering charging outlets, video calling, transportation updates, maps and more.

Kansas City is creating a similar smart kiosk system, installed along the route of its new streetcar route. This transformation is occurring at no cost to the city, and is being entirely funded by a consortium of private companies. They will make up their cost through advertising revenue at the new kiosks.

Cities are the direct beneficiaries of volunteer energy, whether it’s dedicated to environmental improvements like beach cleanups and tree-planting, or toward a food or toy drive, or home-building projects for neighbors who need help. Finally, the opportunity to volunteer is shown to strengthen personal confidence and local connections among the participants.

Companies recognize their long-term health is tied to the character and promise of their cities–and vice versa. Companies need their cities to be desirable and livable, in order to attract qualified employees who want to establish themselves personally and professionally.

Boomtowns, once-greats, up-and-comers. Cities need private partners with fortitude to create sustainability initiatives that will draw quality corporate development — and the jobs and vitality that comes with them.

Both corporations and cities that view smart city projects as great business opportunities–as well as significant priorities–are positioned to win. A positive feedback loop that gathers energy as it flows; what better way could there be to power the world toward a better future?