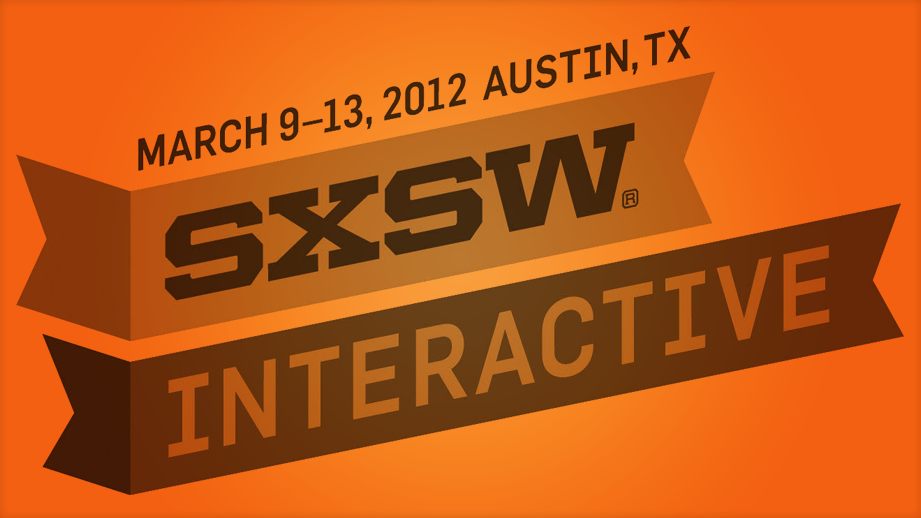 SXSW Explores Whether NFC Stands for "No Freakin' Chance" 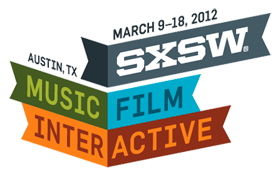 The promise offered by Near Field Communication is tremendous. It presents a future of tapping for payments, checking in with the wave of a phone, picking up a coupon by brushing against a poster. However, the challenges facing NFC are also tremendous. It’s only in a handful of phones, its security is still questionable, and the infighting between manufacturers, service providers, and credit card companies are making mobile payments even more difficult. Can NFC prevail over the challenges or will get caught in an adoption limbo?

This is what Mutual Mobile, along with communications agency Posterscope, will be discussing March 10 in the “Near Field Communication: No Freakin’ Chance’?” core conversation at SXSW in Austin, Texas.

More Than Just The Mobile Wallet

Austin is a particularly important battleground in the fight for NFC because we are a pilot city for both Google Places NFC program and Isis mobile payments. But one of the best parts of having the SXSW audience turn its focus on NFC, is that the marketing, social media, advertising-heavy festival audience can help to steer the conversation from strictly being about mcommerce and start to explore the way NFC can change how we interact with almost everything. 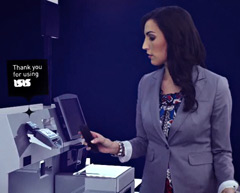 “This transcends payments, though that is the foundational component for making this pervasive. I think it’s the extras that will be compelling for the everyday consumer, that drive adoption of using it for payments as a normal course of action.” said Michael Grannan, Devices and Enabling Technology Leader at Isis, who will be attending SXSW."

The joint venture between AT&T, Verizon and T-Mobile made a big splash at the Mobile World Congress, and has made partnerships with financial institutions including Visa, American Express and Discover. Outside of Google Wallet, Isis has made the greatest strides in bringing NFC to the mainstream and SXSW’s host city, Austin, ay be the first place to experience it.

A Move To Tangible Technology

From a marketing and advertising angle, Michael Nicholas of Isobar sees NFC fundamentally changing the way consumers interact with the world around them. 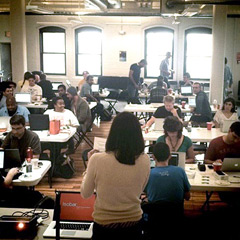 “For 30 years digital has been moving us away from what many refer to as ‘tangible design.’ Tangible design is intuitive design – like a coffee mug, you don’t need instructions to know where to hold it and how to use it. That said, since the early 80’s, digital technology has been forcing consumers into an age of ‘intangible design’ –  formless design that is not intuitive and based on taxonomies that need to taught and learned (like the pc desktop),” Nicholas said.

“During this period the lack of tangible design in technology has frequently been the source of consumer tension with digital products and services. This tension has a real effect on brands top-line (feel) and bottom-line (spend). This why there is so much more power beyond all the talk of financial transaction technology when talking NFC. We are at the precipice of something larger and we are confident there is consumer power in the ‘tangibility’ of the technology.”

Nicholas himself admits it took a while for him to understand the power of NFC, and he fully realized it during a recent NFC hackathon Isobar hosted as part of the App Nation conference.

“In my opinion, over the next five years, NFC technology will fuel return to ‘tangible technology’ and a new paradigm of ‘what you touch is what you get’ that will change almost everything,” Nicholas said.

Short of looking into a crystal ball, it’s difficult to predict right now just where NFC will end up in the next five years. With a group of retailers including Target and Wal-Mart recently announcing that they’re creating their own NFC payment system, and new Apple NFC iWallet patents released, just who will control NFC adoption and innovation is anyone’s guess.

We invite you to join us at SXSW along with experts from Paypal, Isobar, Isis, and many others to look at the future of NFC, the challenges it faces, and how we can leave Austin after the festival and start looking at how this technology can change our own products.

The session is Saturday, March 10 at 11 a.m. at the Hilton Downtown, Room 616 AB. For more information, click here.