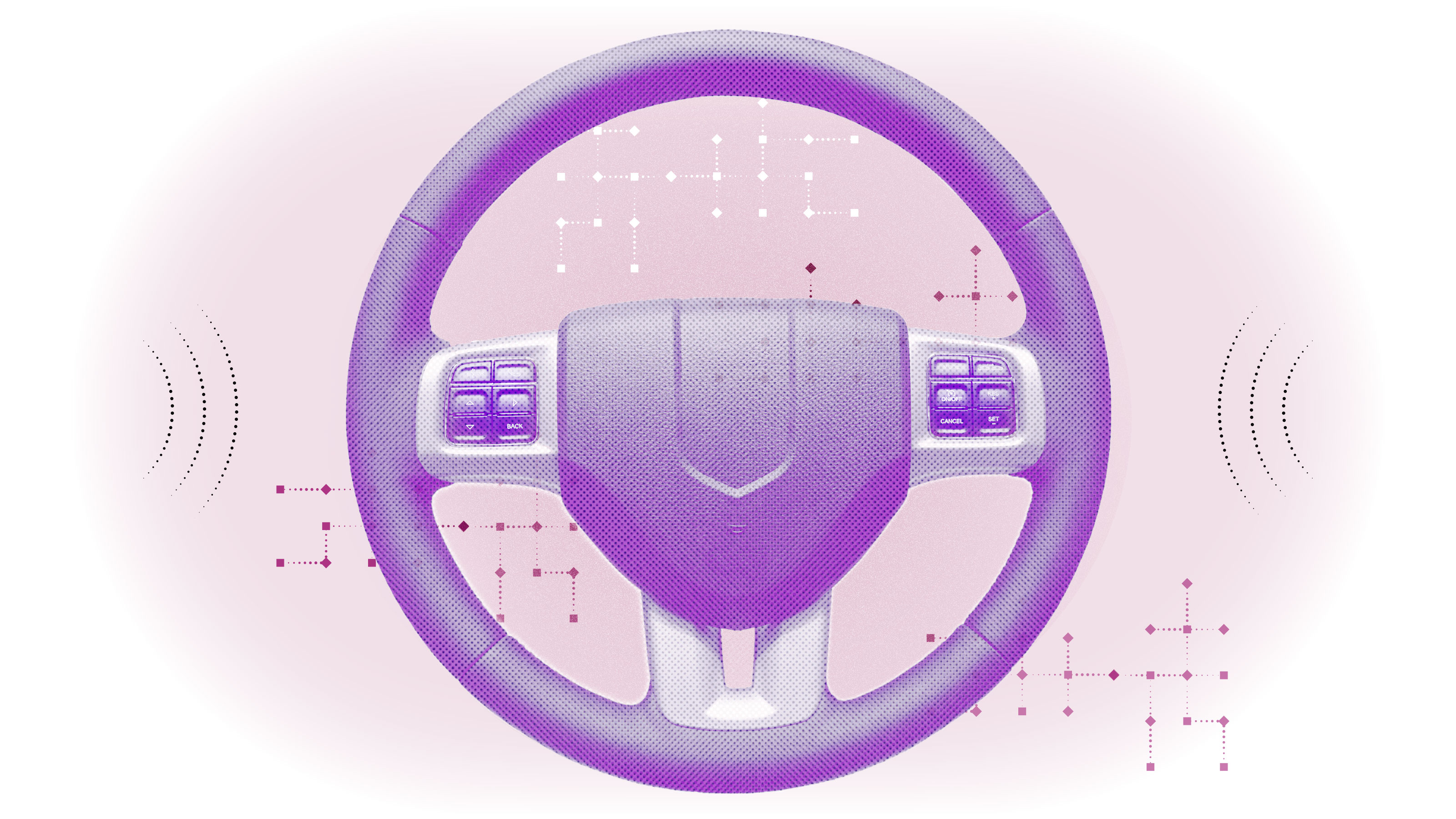 The Automotive Industry is the Hero Voice Tech Needs

Time spent in the car is always trending up. Whether it’s in large metro areas or growing suburbs on the outskirts of town, commuting isn’t going away any time soon. Drivers commuting in and out of New York City average over eight text messages per hour while sitting in gridlock. We’re human–we hate wasting time.

It’s not surprising that the driving experience provides a perfect stage for virtual assistants to demonstrate their value. By looking at how voice tech has changed our relationships with our cars, a preview of society’s coming transition from screen/touch to voice comes into new focus.

Why is Auto a Great Role Model for Conversation Design?

Until self-driving vehicles become a reality, drivers have to (at least mostly) keep their eyes on the road. Several reports call out sleeping drivers using Tesla Autopilot, but, let’s face it, even your amazing Santa and fart-mode equipped EV isn’t ready to be held accountable.

Half of all car owners have used a voice assistant while driving, according to research by Voicebot.ai, and almost twice as many people have used voice assistants in the car (114 million), as through a home-based smart speaker (57.8 million).

Emerging technologies can provide a rocket ship for human progress, or phase out faster than fad diets. But when it came to voice tech, automotive dug in its heels early on. Believe it or not, voice tech in the automotive industry has a 10 year head-start on digital home assistants. In tech years, a decade is like a lifetime. For context, it was in 2004 that Honda first partnered with IBM to install “ViaVoice” voice controls. By comparison, smart speakers for the home have only been around since 2014.

The contradictory aspect of this history is that voice tech in the home, in comparison, has been an easier nut to crack. The literal mobility factor is what continues to challenge conversation design. How can voice, without all of the comforts and resources of home, be most useful while on the go?

Reluctance (even apprehension) around disconnecting from personal devices means drivers are as likely to use their smartphone voice assistant as they are to use the car’s built-in tech.  Clearly auto manufacturers would prefer building efficacy around their own branded voice assistants–but, for now, a compromise is good enough.

When smartphone-based assistants or third party smart speakers integrate into a vehicle’s system, auto brands lose some control over an enhanced driver experience. More importantly, however, they miss out on customer data. This data takes the express lane to Apple, Google, or Amazon cloud services.  Ultimately, automakers accept the data loss to deliver on user experience. Manufacturers recognize the overall brand equity around offering voice controls–larger ownership around the capability is still very much in the works.

Currently, 20% of car buyers state that the integration of a preferred voice assistant is a “significant consideration or a requirement” when they are selecting a new car. Without question, this percentage, along with new capabilities, is on the rise.

In the early days, voice capabilities emphasized safety. In addition to “hands-free”, the ability to access navigation information and control in-car features through speech emerged. Safety measures formed the on-ramp. Signs for more personalized, customizable options are up ahead.

As autos automate, the vision is effortless driving. The market rushes to fill this space. GM’s touchscreen “Marketplace,” for example, was one attempt in this direction. Although not a universally appealing option, the concept behind it has legs. This app partners with major consumer brands (Shell, Starbucks, Dunkin Donuts, etc.) to alert drivers when a gas station or outlet is nearby and allows pre-purchasing via touchscreen. Handing the user more control–this is almost always a good thing.

Forbes concludes the “car-retail ecosystem” will quickly evolve from touch to voice, increasing its utility.

From Amazon and Google to smaller firms, conversation design integration is a hot topic. Car manufacturers are jumping at the chance to partner with these brands to bring voice to the forefront of their vehicle feature innovations:

Who’s on First? The Opportunity to Lead is Real.

Given the promise of profitability with connected car tech, there’s a lot of competition as the market becomes more complex. The Verge calls the current state of in-car software ”broken” and “messy”. In efforts to provide the most appealing consumer experience, automakers simultaneously develop new partnerships with third-party companies, while also integrating with the big platforms or trying their hand at proprietary development.

Compatibility with Apple’s and Google’s infotainment systems (Apple CarPlay and Android Auto) is standard for new cars. These systems connect with the touchscreens, but are also accessible via their smartphone voice assistants. To complicate things even more, Toyota, BMW, Ford and Audi also work with Amazon Alexa. The result: consumers have too many choices. We can only hope a new leader emerges from the spaghetti to bring this picture into focus.

Aging hardware is another substantial challenge for automotive voice tech. If vehicles are going to become more like personal devices, developers will have to confront an entirely different product lifecycle. The average age of cars and trucks on the road is now about 12 years. Digital solutions aren’t built for that kind of lifespan. The only brand with their eye on this ball right now is Tesla.

Many voice apps adapt for in-car use. For example, quick-service restaurants offer their own branded apps that allow people to order food via voice while they’re en route. Similarly, if a driver wants to purchase a specific consumer item, apps are being developed that direct drivers to the nearest retail location.

Gaming-while-driving hasn’t kicked in yet, but it’s coming. In November 2018, Drivetime received $4 million in seed funding from investors, and it rolled out its first voice product: a trivia game that can be played with friends and family while driving. The idea of voice-only interactive entertainment is likely to cut into the burgeoning markets of podcasts and audiobooks, which are today’s popular commute companions.

Furthermore, voice assistant providers can take advantage of location awareness, selling ad time to local merchants. The in-car system could use these capabilities to offer personalized services and products to drivers.

The “Voice of the Car”

A tech summit planned for April 2019 called “Voice of the Car”, represents a signpost for the conversational movement. Goldman Sachs researcher, Heather Bellini offers, “Ultimately, we see voice technology as being embedded in everything we’re doing.” The ever-evolving narrative around connected car voice tech embodies this universal adoption–perhaps more than any other industry. As consumers become more accustomed to having conversations with their cars, our entire digital ecosystem will move that much closer to a voice-based foundation.