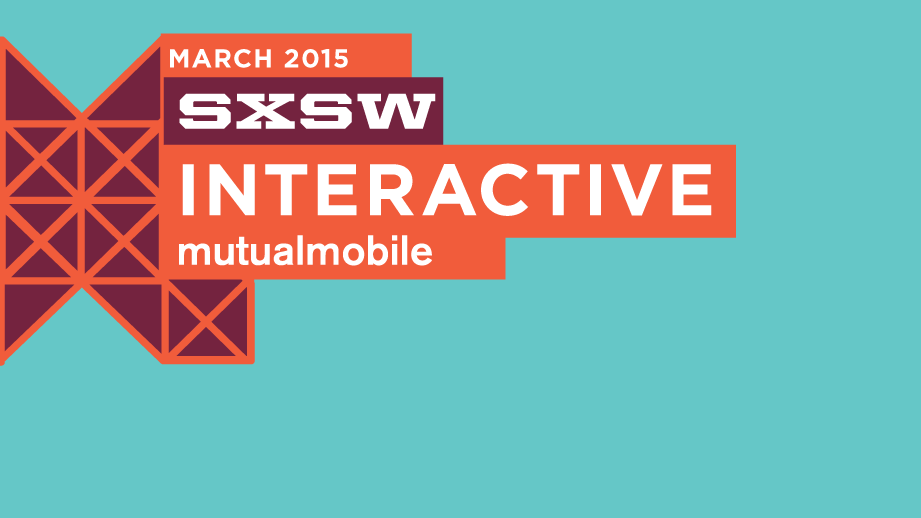 It’s that time of the year again!

The selection process is very competitive, with votes coming from the SXSW advisory board, staffers, and the public. That’s where you come in.

Voting is open now and closes on September 5th, just before the stroke of midnight, but there’s no reason to wait until then. We’ve conveniently listed our panels below so you can give them a quick read and vote, vote, VOTE!

What the Hell is an Innovation Agency Anyway?

We know. We hear it too. ‘Innovation agency’ sounds like lip service. It sounds like what you say when you don’t know what you do or you cannot define your offering. But for two Austin agencies, Mutual Mobile and T3, it isn’t just a buzzword. It isn’t ping-pong, puppies, and memes. It is a new model of business. Read more and vote.

No to Sales Guys, Yes to Prototypes

Mutual Mobile did a strange thing last year. It dismantled its sales department and shifted focus to investing in innovation, specifically prototypes, to win new clients. Instead of sending salespeople to pitch an ambiguous future partnership with a brand, high-level executives contact brands directly with an idea that has been in the works for weeks and tailored specifically for them. Read more and vote.

Prototyping for the (Emerging Tech) Win

Beacons, wearables and sensors present new challenges for innovation agencies and product companies. As you’re creating experiences for people with emerging technology, often the technology doesn’t exist yet or your users are unfamiliar with it. In this talk, experts from Mutual Mobile, Pushstart Creative and Wearable Experiments will explore how to effectively prototype emerging tech ideas to create foolproof products that consumers will find useful, usable and desirable. Read more and vote.

Beacons are the golden idol. Sure, the early adopters (retailers, museums, stadiums, restaurants) are tripping some of those booby traps surrounding beacons, but since they are just scratching the surface of beacon potential, they are leaving a dearth of landmines un-triggered. As developers and designers sink their teeth into this new technology, the use cases they unearth will come with their own set of pitfalls and hidden surprises. Read more and vote.

The More You Node

Dont panic, but Javascript is taking over. There is a new push in the tech world for Javascript to be everywhere. From hybrid applications to server side development, it’s now more important than ever for front-end developers to take advantage of the tools and opportunities before them.

This talk will cover the basics of using Node.js as a front-end developer and how to use it everywhere. Read more and vote.

Taking Advantage of the Spectrum Crunch

When it comes to wireless spectrum, more users means lower available bandwidth and a poorer overall experience. Like many user problems, developers were called in to fix the issue. This talk will explore this relatively new space for developers to work in, and how it is ripe for innovation that could change everyday user experiences. Read more and vote.

Entrepreneurship is an incredibly tough career path, but female founders can face additional challenges that men may not. From access to certain networks and capital, to overcoming deeply-rooted cultural and societal norms, women may have a disadvantage when trying to get a new company off the ground. Read more and vote.

Your Mission: Build Software in One Week

Sounds like an impossible challenge, right? Wrong. Mutual Mobile and Clover teamed up to design a better point of sale solution for restaurants and bars. To make things more interesting, we structured an innovation team that in one-week sprints would transition from user research, to paper prototypes, to functioning code to prove out key concepts and features. We call it lean prototyping for product development. What did we learn along the way? Read more and vote.

Smart Home has been touted as the “next big thing” for the past 50 years. Companies have promised homes filled with smart devices worthy of the Jetsons since, well, the show debuted in 1962, and even before with the 1957 RCA-Whirlpool Miracle Kitchen. So what’s the hold up? It’s not the technology holding us back; it’s the expensive, closed business models that prevent the connected home from scaling up and reaching its full potential. Read more and vote.

MM Representative: John Arrow, Co-Founder and Chairman of the Board

Software has come a long way in the last 25 years. As software development firms, the panelists have been around to see all of it. Representing decades of cumulative experience, these companies have handled development projects that run the gamut of technologies, domains, and industries. Read more and vote.

So there you have it, folks. These are the Mutual Mobile panels you could potentially see at this year’s SXSW Interactive festival. Now it’s time for you to vote for one or everyone of these sessions. (We prefer the latter.)