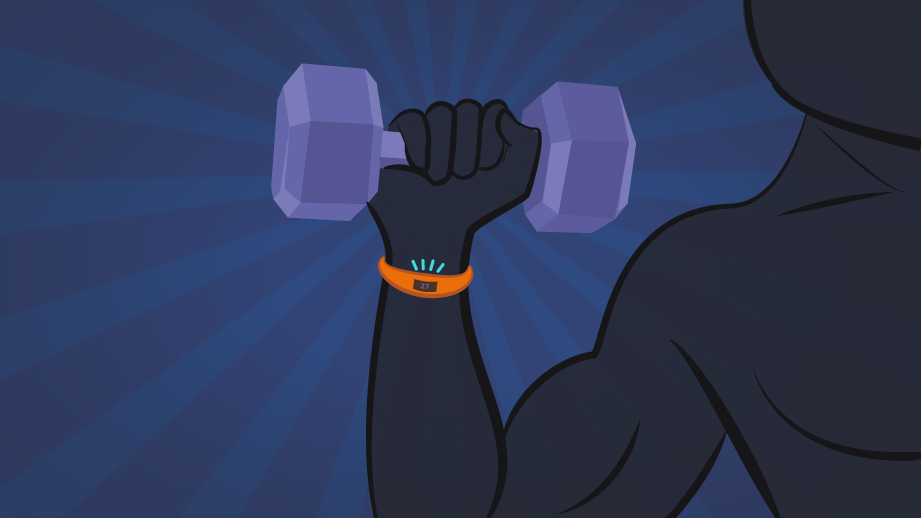 What could knock Fitbit from the wearables throne?

The wearables market is off to a strong start, largely due to the booming popularity of activity trackers. According to Business Insider, the US fitness wearable market grew an average of 500% year-over-year between 2010 and 2014, amounting in the sale of nearly 4 million units. The global numbers are even more promising, with Canalys reporting that the wearable band market grew 684% between the first half

The current leader of this burgeoning market is Fitbit, which received a warm welcome from Wall Street upon its IPO valuation of $6.5 billion. Riding the success of their stock and the continued growth of the activity tracker market, Fitbit predicts sales of $1.6 billion to $1.7 billion for 2015.

Although Fitbit is currently on top of the connected fitness world, there are several dangers to its market dominance:

According to Rock Health, over 50% (or 10 million) of all Fitbit devices were inactive as of Q1 2015. What’s more alarming for the market leader is the growing churn rate of device purchasers. Using a revenue-based allocation of devices sold in Q2/Q3 2014, Rock Health found that more than 70% of Fitbit purchasers from the first three quarters of 2014 stopped using their device before the end of the year.

Endeavour Partners recently pointed out that the main reason users stop using Fitbits and other wearables is the lack of meaningful impact on their behaviors. While most activity trackers are excellent at collecting data and attractively presenting the information, they fail to provide valuable suggestions that improve the user’s life.

With only a quarter of their revenue coming from outside the US, Fitbit can mitigate user abandonment woes through international expansion. However, the proliferation of cheap sensors has opened the door to more competition.

Fitbit covers a wide range of price points, except for the under-$50 segment. To seize that opportunity, Chinese phone manufacturer Xiaomi partnered with Huami Technologies to create a $15 fitness tracker called the Mi Band.

In addition to comparative cost savings, the Mi Band:

Xiaomi shipped 2.8 million Mi Bands in Q1 of 2015, making it the world’s second most popular wearable fitness tracker upon debut. Fitbit leads the market with 3.9 million units sold across its product line.

To capitalize on their momentum, Xiaomi released the Mi Band 1S during the holiday season for $25. For just $10 more than the original Mi Band, buyers receive all standard Mi Band features, plus a built-in heart rate monitor. The cheapest Fitbit device with a heart rate monitor is the Charge HR, which retails for $149.95. Although Fitbit’s profit margins may be greater, it won’t matter if Xiaomi continues stealing market share with their low-cost fitness trackers.

While Fitbit lives and dies by its activity trackers, major players like Under Armour have the resources to take connected fitness to the next level. This movement is best expressed by UA HealthBox, “The world’s first Connected Fitness system created specifically to measure, monitor, and manage the factors that determine how you feel.”

This Under Armour system contains the following items:

Although the hardware inside of UA HealthBox can go toe-to-toe with any competing device, what really makes Under Armour’s connected fitness system stand apart is its corresponding fitness app, UA Record. UA Record gathers all of the information provided by the devices within UA HealthBox and transforms it into understandable and actionable data that helps athletes of all sports reach their fitness goals.

The simple four-quadrant display on the home screen tracks your activity, nutrition, sleep, and fitness, giving you a 360-degree view of your daily health. Dig deeper, and you will find charts that track your progress and show where you are in relation to your goals. And what would a fitness app be without the ability to challenge your friends and family to competitions like Most Steps, Most Calories Burned, and Most Workouts?

In addition to being free, UA Record is also compliant with devices outside of the Under Armour ecosystem, creating the largest user database possible. Why do this? Because when the first wave of devices becomes obsolete, Under Armour will be there to supply its loyal users with the next generation of connected fitness hardware.

The UA HealthBox promo video hints at wearables like connected shoes, connected headphones, and most importantly, connected garments. For Under Armour to put sensors in their already popular shirts, shorts, and shoes will be as easy as a jog around the block.

Even with their $249.95 Surge, Fitbit fails to offer unique technology. They heavily promote the Surge’s GPS tracking, but Garmin has eleven different wearables with the same feature.

As niche audiences look for more sophisticated devices, there are plenty of competitors looking to meet the needs of specialized athletes:

As athletes begin to demand more actionable data to improve their performance, Fitbit’s current product line will fail to meet their needs. If your brand is a new entrant in the wearable fitness tracker market, be sure your device serves a clear and specific purpose to users.

Many consumers are unaware that smartphones have the same sensors as most fitness trackers. That means anyone can count steps, track sleeping patterns, and measure calories burned with the same device carried in their pocket.

But are smartphones as accurate as activity trackers? The short answer is “yes.” The Journal of American Medical Association performed a study requiring participants to walk on a treadmill set at 3.0 mph for 500 and 1500 steps, two times each, with the following fitness trackers and apps:

With the exception of the now discontinued Nike Fuelband, all devices produced relatively similar results. To Fitbit’s credit, the One and the Zip were the most accurate devices tested, but their price points may not justify their accuracy to mainstream, price-conscious consumers.

Another fitness band rival is the smartwatch. Whether it’s an Apple Watch, an Android Wear device, or a Pebble, monitoring your activity level is only one of the multitude of things smartwatches can do. According to the NPD Group Connected Intelligence Wearables Forecast, smartwatch ownership in America is predicted to reach 9% by 2016. As smartwatch penetration grows, activity trackers will begin to plateau. NPD Group believes fitness trackers will peak at 32 million by the end of 2016, while the upward curve of smartwatch sales will continue to grow.

Fitbit and Garmin have tried to prepare for smartwatch competition by integrating features like message notifications and music control into their higher-end products, but without a robust operating system and app ecosystem like Android Wear and WatchOS, it will be hard to convince buyers to give up their trusted smartphone platforms.

Only time will tell how Fitbit fares in the increasingly competitive fitness tracker and wearables market. What do you think will happen next?